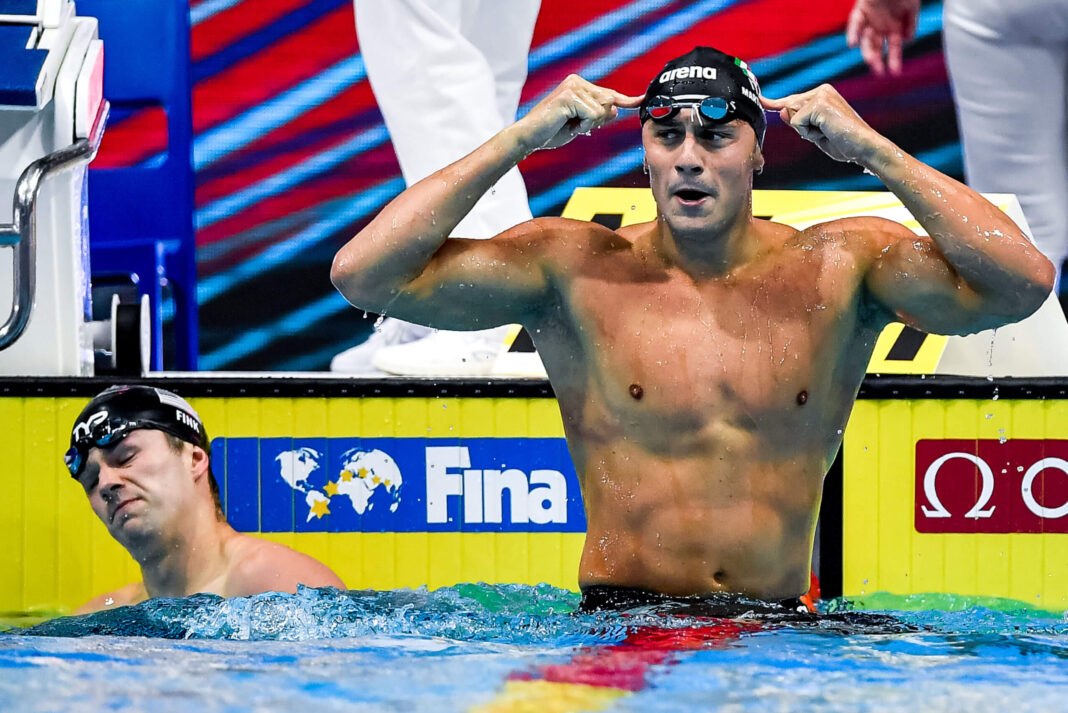 The 2022 FINA World Cup series begins its three-stop tour in Berlin this coming Friday, heralding a three-day event that runs through to Sunday.

The German capital will welcome a host of Olympic and world champions past and present including Thomas Ceccon, Florian Wellbrock, Kyle Chalmers, Ruta Meilutyte and Kylie Masse.

The tour will then move on to Toronto (28-30 October) before concluding in Indianapolis (3-5 November).

The overall prize purse of this year’s World Cup is USD $1.2million with the top 20 male and female athletes at each meet sharing USD $224,000 prize money, split evenly between each gender.

At the end of the series, an additional USD $262,000 per gender will be awarded to the top eight men and women athletes, based on their overall ranking.

Matt Sates was crowned men’s champion at the conclusion of the four-stop 2021 World Cup ahead of Tom Shields and Arno Kamminga with the top two returning in Berlin.

Sates – who also took down three WJRs last year – will compete in all three stops over the coming weeks along with Chalmers who lowered the short-course 100 free world record to 44.84 in Kazan, Russia, in October last year.

“Not only did I set a world record during last year’s Swimming World Cup, but the experience both in and out of the competitive arena helped turn some good-natured rivalries into friendships,

“I’m looking forward to setting some more super-fast times in the 25m pool as well as really enjoying the sideline activities.

“I hear we have a sweet program lineup so I’m looking to find out what Berlin, Toronto and Indianapolis have in store.”

Emma McKeon was the women’s champion in 2021 but in her absence a fine field includes double Tokyo silver medalist Siobhan Haughey and Hali Flickinger, who won two bronzes in the Japanese capital last year.

Haughey will meet Meg Harris – the Olympic 4×100 freestyle relay champion – and Marrit Steenbergen, the Netherlands swimmer who won four golds among a six-medal haul at the Europeans.

Ceccon set a new 100 back WR of 51.60 at the World Championships in Budapest before going on to become the first Italian to win the European title at the Foro Italico in August.

He finished ahead of Apostolos Christou and Ndoye Brouard that day with all three men set to commence battle once more in Berlin and they will be joined by Shaine Casas – 200 back bronze medallist in Budapest.

Nicolo Martinenghi won the 100br in Budapest with Nic Fink in third before the American turned the tables and took 50 gold with the pair set to meet again.

Wellbrock will face his training partner Mykhailo Romanchuk in the distance races.

Strength of the people. Power of the community. | Tracy Gray | TEDxDeerParkWomen