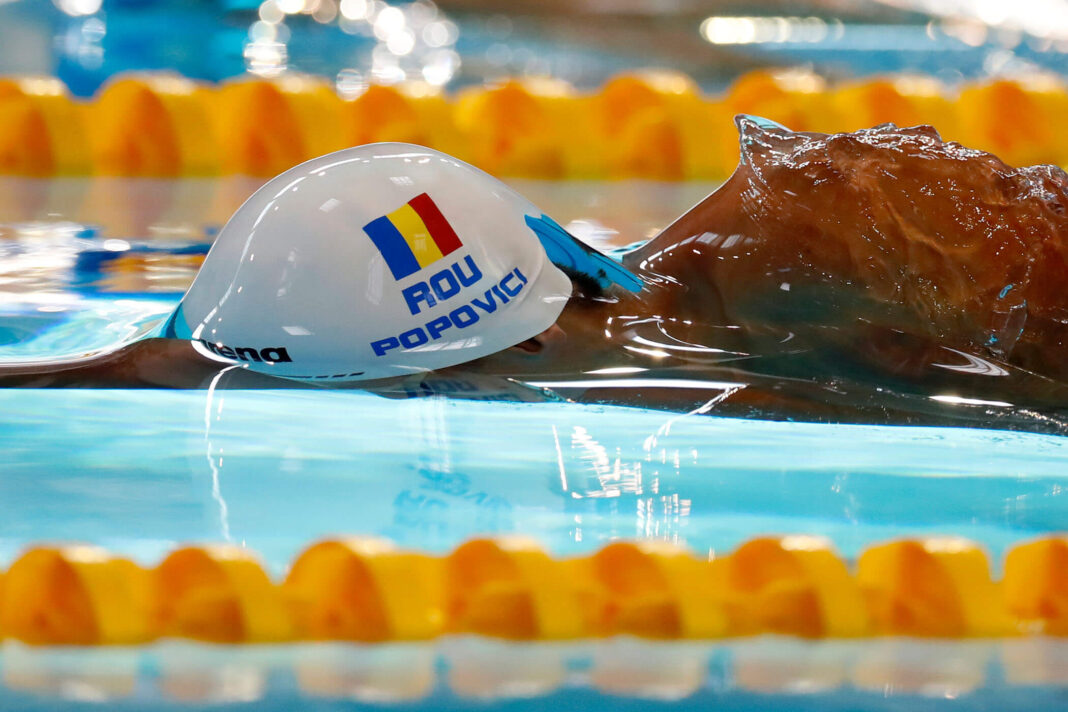 David Popovici went 47.20 in the 100 free heats for the second swiftest of his young career so far on the second morning of the European Championships in Rome.

The 17-year-old recorded a new championship record as he stopped the clock 0.29 outside Cesar Cielo’s world record of 46.91 set at the same Foro Italico during the shiny-suit circus that was the 2009 World Championships.

It really seems to be a matter of when, not if, he will break Cielo’s mark and there would be a poetic element were he to do that in the same pool where the Brazilian wrote his own entry into the history books as the suits distorted the landscape for years to come.

It was a fine morning for teenagers, among them Benedetta Pilato in the women’s 100br and Lorenzo Galossi, the 16-year-old who progressed to the 800 free final ahead of former world champion Gabriele Detti.

A new champion will be crowned with the retirement of Ranomi Kromowidjojo who won in Budapest last year when Sarah Sjostrom was still recovering from elbow surgery.

Sjostrom won four straight titles from 2012 through to 2018 and is looking to add the continental crown to the world gold she claimed in Budapest last month.

Popovici went in the final of eight heats having seen Alessandro Miressi – who won silver last year in Budapest – go 47.60 in the seventh prelim, only 0.15 outside his Italian record.

The Romanian though left no-one in any doubt of his intentions when he went 47.20, slicing 0.17 off the championship record of 47.37 set by Kliment Kolesnikov at the previous edition.

It was the second-fastest time of the 17-year-old’s career, eclipsed only by his 47.13 from the World Championships in Budapest.

Benedetta Pilato was only 0.10 outside the Italian record as she booked top spot in 1:05.77.

The 17-year-old won the world title in June – her first international medal over 100m – will be joined by fellow Italian Lisa Angiolini who clocked 1:06.00.

Arianna Castiglioni (1:06.55) and Martina Carraro (1:07.04) were the next swiftest as Italian women filled the top-four slots but with just two per nation progressing, the pair will miss out.

Defending champion Sophie Hansson was next through in 1:07.05.

Yohann Ndoye Brouard set the pace in the final heat, leading from gun to tape to stop the clock at 1:56.70, the swiftest in the field.

The Netherlands quartet led the way in 3:46.64 with Olympic champions Great Britain also through in fourth in 3:49.04. The race underlined the strength in depth of Italian distance freestyle with Gregorio Paltrinieri, Gabriele Detti, Lorenzo Galossi and Luca de Tullio all jostling for a spot in the final.

Galossi won the European junior crown in July and also went 7:46. 28 in the Italian Summer Championships.

Om Mani Padme Hum: The Meaning Behind the Mantra

30 Bible Verses When You Feel Overwhelmed