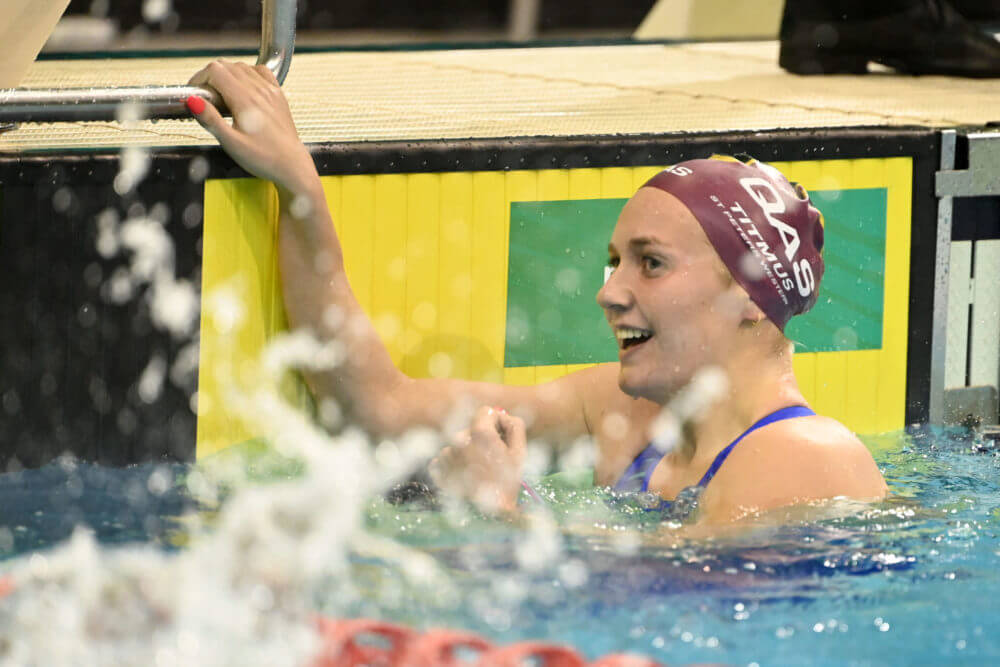 The stage was the 2016 Olympic Games in Rio de Janeiro, and Katie Ledecky was at her finest. A gold-medal trifecta from the 200 freestyle through the 800 free enabled the American distance star to match what only Debbie Meyer (1968) had previously achieved. Each of her performances was scintillating, including a world-record effort of 3:56.46 in the 400 freestyle.

Over eight laps, Ledecky obliterated the opposition. She touched the wall nearly five seconds ahead of Jazz Carlin, the silver medalist from Great Britain. More, she produced a marker that elicited a legitimate question: Other than Ledecky, is anyone realistically capable of going that fast? At the time, the answer seemed to be clear.

Eventually, an Aussie teenager had other plans.

Apart from redefining what was achievable, Ledecky’s dominance was motivating, and it has triggered one of swimming’s premier rivalries. In Ariarne Titmus, the sport has watched a youthful challenger morph into a middle-distance queen. Obviously blessed with considerable talent and a complementary work ethic, Titmus also possesses a belief that anything is attainable, and it is that mindset which propelled the Aussie to the No. 1 performance of the year among women.

At the 2019 edition of the World Championships, Titmus initiated her assault on Ledecky’s throne when she prevailed in the 400 freestyle. Although Ledecky was battling illness at the competition in South Korea, Titmus managed was previously impossible: She defeated the American. Two years later, she backed up that triumph by claiming Olympic gold in Tokyo. And this past year, she completed her puzzle with a world record.

Racing in May at the Australian Championships, Titmus clipped Ledecky’s global standard with a swim of 3:56.40. The outing accounted for the only missing bullet point in Titmus’ portfolio and took down a world record that was deemed iconic at the moment of its establishment. But Titmus, with the guidance of coach Dean Boxall, has long thought she could perform at the level of 2016 Ledecky, and this mark proved the belief to be true.

Titmus’ performance is being recognized as Swimming World’s selection for Female World Record of the Year.

“The biggest thing that (Boxall) said to me since the Olympics is that you have this freedom now and the monkey’s off your back,” Titmus said after the race. “I have just loved swimming this last six months, going to training with no pressure, just enjoying the sport. It is underrated just how important that is.

“Coming here with no pressure other than the pressure I put on myself which is still pretty high, it’s fun to come here and swim like that. I could see Dean from the side of the pool, and he has been subdued the whole week. It’s nice that he saved all his energy up for the big one. I’m absolutely cooked, but it’s all worth it.”