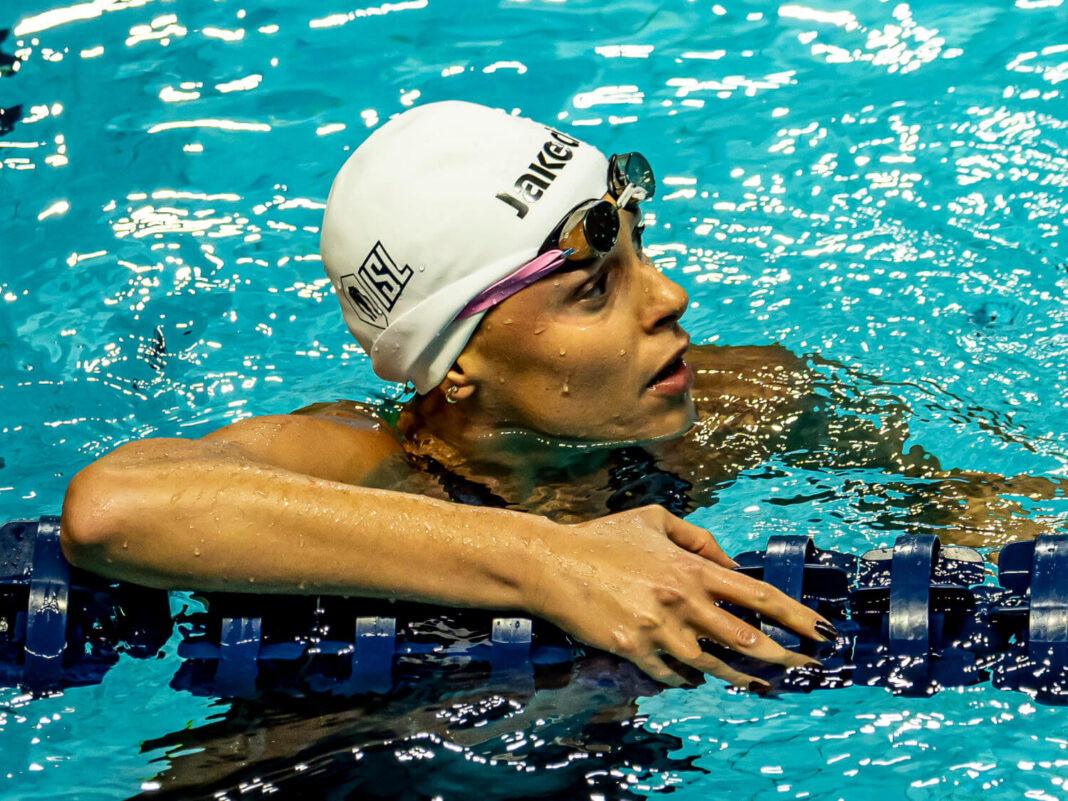 The career of Italian Federica Pellegrini was one filled with highlights, including two Olympic medals and eight consecutive podium finishes in the 200-meter freestyle at the World Championships. Now, through Amazon Prime Video, fans can get a deeper look into the life of the middle-distance star by watching the documentary, “Federica Pellegrini – Underwater.”

The documentary, directed by Sara Ristori, takes a look at Pellegrini’s life and training in the 300 days leading up to the 2020 Olympic Games in Tokyo. At the Tokyo Games, which were delayed by a year due to the COVID-19 pandemic, Pellegrini finished seventh in the 200 freestyle, an event in which she won gold at the 2008 Olympics in Beijing and silver at the 2004 Games in Athens.

“One of the greatest champions of all-time speaks candidly about her life, as she’s never done before,” reads the preview on Amazon. “As she prepares for her last great sporting achievement, shooting for her fifth Olympics, Federica Pellegrini retraces the most important moments of her life and her extraordinary career, from defeats to victories, public triumphs and personal struggles.”

From 2005 through 2019, Pellegrini never missed the medals stand at the World Championships in the 200 freestyle. During that time, she captured four gold medals, won three silver medals and added a bronze medal. That high-level consistency over an extended stretch will be difficult to match in any event in the years to come.

The Pellegrini documentary can be accessed by clicking here.

Is This a Miracle Molecule?

No Creating Today…….let's talk. How is everyone doing? Mental Health/Wellness Check In Day