Despite Brief Turnaround, Katie Ledecky Was Dynamite In 200 Freestyle 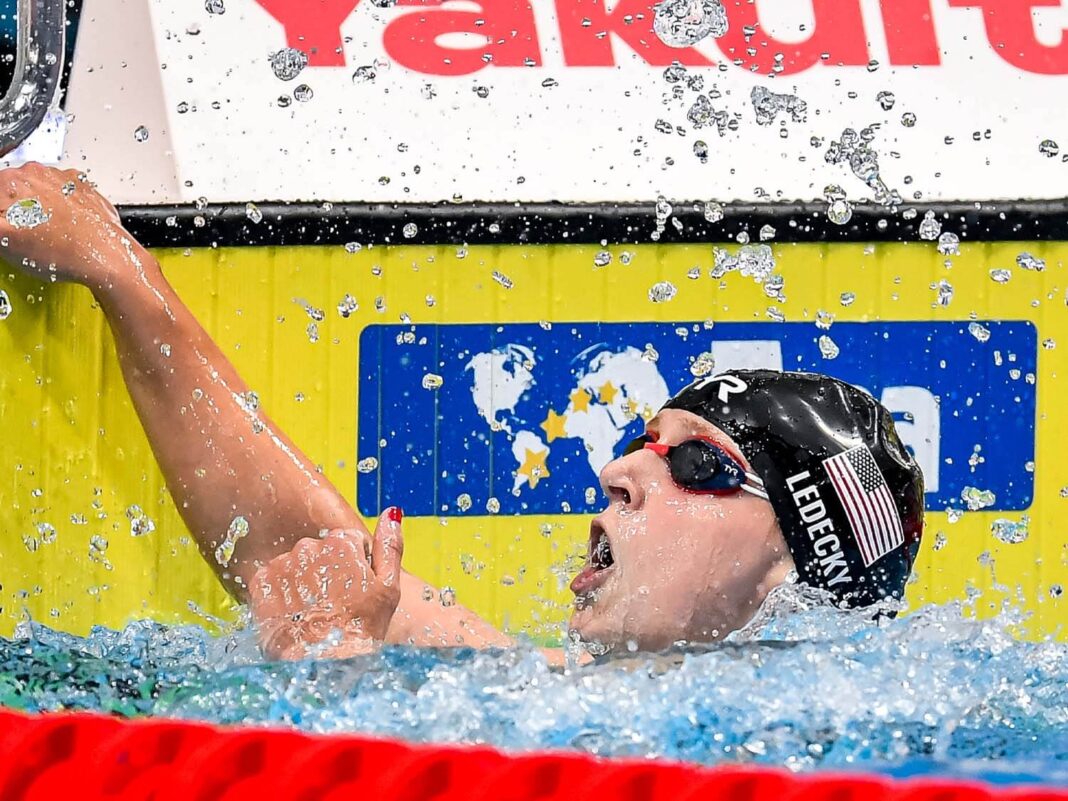 Despite Brief Turnaround, Katie Ledecky Was Dynamite In 200 Freestyle; American Record On Alert

The schedule during Saturday night’s FINA World Cup in Toronto was not exactly friendly for Katie Ledecky, as the 1500-meter freestyle was followed less than 10 minutes later by the final of the 200 freestyle. Had Ledecky scratched the 200 freestyle, no one at the Pan Am Sports Centre would have blamed the distance legend.

However, Ledecky opted to keep both events on her schedule, and after destroying the world record by nearly 10 seconds in the 1500 free, she was superb in a second-place showing in the 200 free. Despite the tight turnaround and just a quick warmdown in the diving well, Ledecky clocked a time of 1:52.31. That mark makes the 25-year-old the No. 3 performer in American history.

En route to finishing behind Hong Kong’s Siobhan Haughey, Ledecky faced a sizable deficit at the midway point of the race. Haughey went through the 100-meter mark in 53.60, more than two seconds ahead of the 55.70 of Ledecky. Over the last half of the race, Ledecky was closing and produced a back-end split of 56.61. Haughey was timed in 57.53 over the last 100 meters.

When the World Cup series moves to Indianapolis next week, the schedule will be more conducive to a Ledecky assault on the American record in the 200 freestyle. That standard is owned by Mallory Comerford at 1:51.81, and without 60 laps of freestyle preceding the race, it wouldn’t be a shock to see Ledecky add another American mark to her portfolio.