Dean Boxall Is Repeat Selection As International Coach of the Year 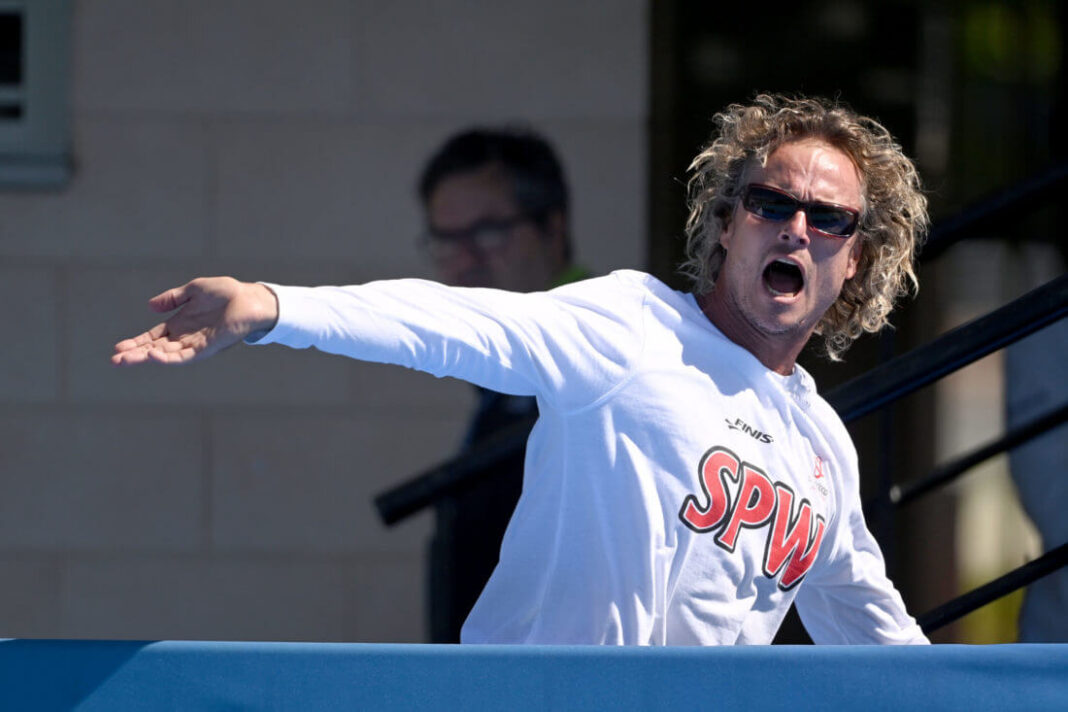 Australia’s golden eras in the pool have seen some extraordinary coaches – the likes of Harry Gallagher, Forbes and Ursula Carlile, Don Talbot, Laurie Lawrence, John Carew and Michael Bohl, to name but a few.

Now add the name Dean Boxall to that impressive list. Boxall was Bohl’s understudy for so many years at the famed St Peters Western (SPW) Lutheran College program, tucked away in the sleepy riverside village of Indooroopilly – seven kilometres west of the Brisbane CBD.

St Peters was a program he nervously adopted when Bohl moved on in 2017. Today, some five years on, and the name Dean Boxall is synonymous with dual Olympic champion and world record holder Ariarne Titmus, as famous as Lawrence and his Olympic champions Jon Sieben and Duncan Armstrong, and Carew and Kieren Perkins.

After another extraordinary year – not just with Titmus but a program that is making inroads in world swimming – Boxall has been named Swimming World’s International Coach Of The Year. It is Boxall’s second straight selection in the category.

A world record to Titmus in the 400m freestyle at the Australian Trials in May seriously kick-started a memorable 2022 for coach Boxall, who arrived onto the international scene in all his hype and hope in 2020-21, which saw Titmus dominant in Tokyo. The brilliant middle distance freestyler and her mad-cap, passionate as-ever-coach were now the toast of the swimming world.

But there is more to Boxall than “Arnie.” Add in the stellar breakout year of 2022 world champion Mollie O’Callaghan in the 100 freestyle; the arrival of Elijah Winnington, crowned world champion in the 400m freestyle after a disappointing Olympics; and the re-creation of Shayna Jack after her return to the pool from a two-year absence from a doping violation and a final ruling that “she did not knowingly ingest a banned substance.”

A successful World Championships in Budapest and an even more successful Commonwealth Games in Birmingham with Titmus, O’Callaghan, Winnington and Jack very much featured Boxall proteges help Australia dominate the medal tallies.

A further major triumph and coaching feat arrived when three Boxall swimmers, Titmus, O’Callaghan and Kiah Melverton, joined with a former SPW swimmer Madi Wilson as the Australian girls combined to set a world record in the women’s 4x2o0m freestyle relay in Birmingham.

Boxall also spearheaded his SPW club to the Australian and Queensland Open and Age Group Championships – keeping a stranglehold as Australia’s No. 1 program and one of the strongest club programs in world swimming.

In an interview with Herald Sun columnist and Channel 7 Olympic host, Hamish McLaughlin, Boxall made the future quite clear when he said: “The main thing now is the Paris Games in 2024. Nothing else matters. The athletes that I’ve got, I believe, can do magnificent things in Paris, and I need to make sure I’ve given them enough tools so they will thrive…..”

With Boxall at the helm, his squad of swimmers are in more than capable hands as the Australian Dolphins prepare to again take on the world.

Benefits of Working at a Family Focused Dance Studio