David Popovici Turns His Attention To European Juniors In Bucharest 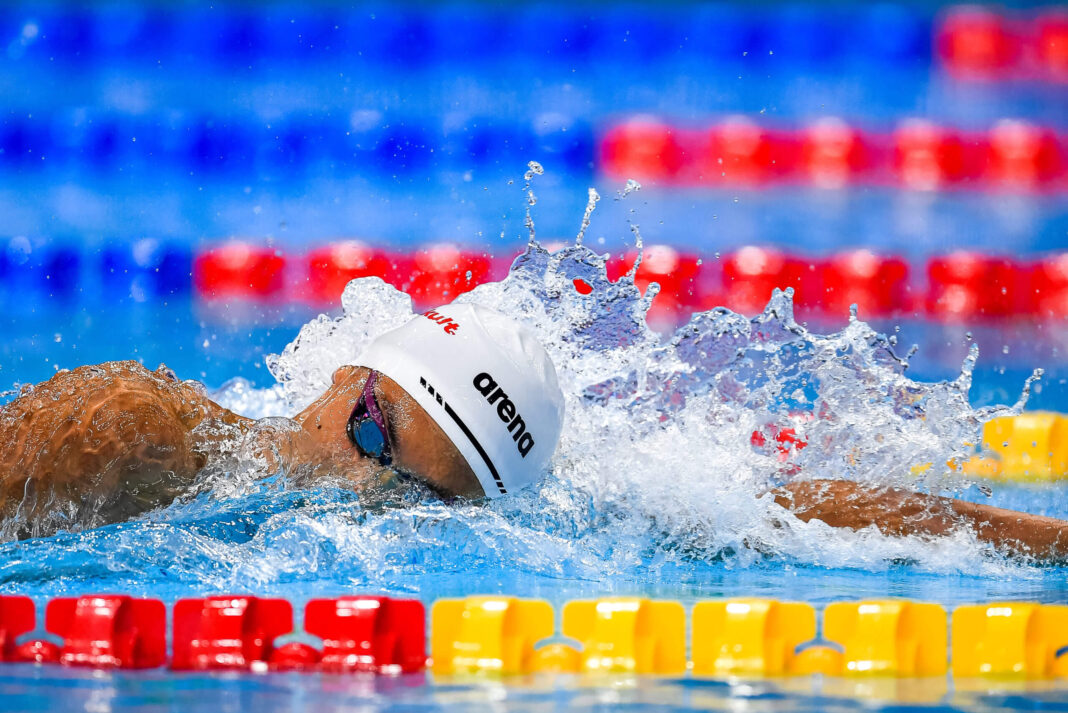 David Popovici will command the spotlight at the European Junior Championships in Bucharest, a fortnight after the 17-year-old was crowned double world champion.

Popovici claimed the 100-200 free double at the World Championships in Budapest last month, the first man to do so since Jim Montgomery at the inaugural global meet in 1973.

Now the teenager will take on the European juniors in his hometown pool before moving on to the senior showcase in Rome next month and the world juniors in Lima, Peru, at the end of August.

Popovici claimed the 50-100-200 free treble at last year’s European juniors when he announced himself as a contender on the senior stage weeks before he went on to come fourth in the 200 in Tokyo and seventh over 100 at the grand old age of 16.

The meet, which runs from 5-10 July, will be staged at the Otopeni complex in the Romanian capital where Popovici is looking to experience the roars of a partisan home crowd, just as the likes of Kristof Milak did in front of the Hungarians last month.

“I can’t wait, and I hope I can win as many events as possible and have as much fun as possible.”

Before the opening press conference held on Monday afternoon local time, Popovici enjoyed some private time at the venue, although he was regularly recognised and approached for a handshake while half a dozen TV crews covered the event.

It was a reminder of the type of attention he now commands, the Romanian being spoken of in the same breath as Australian great and five-time Olympic champion Ian Thorpe.

He acknowledged the spotlight but pointed to his support network, saying:

“Yeah, I’m fully aware that what’s coming now is the hardest part, even harder than preparing for the World Championships and performing well there.

“But I have good people around me who will protect me and guide me through this phase, so I can still focus on swimming.”

“The only pressure I feel is that now I’m the leader of our national team, and I’m supposed to motivate the others and lead our guys, which is something new, but I’ve accepted this role and what comes with it.”

While Popovici will be the clear favourite to retain his titles, Britain’s Jacob Whittle – who won Budapest bronze in the men’s 4×200 free relay – is the second-swiftest entrant from 50-200 free.

Ksawery Masiuk won bronze – and briefly the silver after Justin Ress‘ DQ and subsequent reinstatement – in the men’s 50 back in Hungary and the Pole will be looking to defend the 100 and 200 in Bucharest as well as upgrading his one-length silver.

Eneli Jefimova won a breaststroke medal of each colour in Rome last year including 100 gold, and the Estonian 15-year-old returns in 2022.

France’s Sascha Velly won the second leg of the LEN Open Water Cup in Piombino although he couldn’t repeat that feat in the open water at Lake Lupa.

Velly will find a considerable challenge awaiting him though with Turkish swimmers having won the 400-800-1500 in Rome. Merve Tuncel, also of Turkey,  swept all distances from 400 upwards at the Foro Italico and she will compete in Bucharest.

The Chmielewski twins, Krysztof and Michal from Poland, who finished 1-2 in the 200m fly in Rome, are in Bucharest and eye the top two places once more.

Camelia Potec, who won 200 free gold at the Athens Olympics in 2004, is president of the Romanian federation and she said:

“We are just a few hours away from staging a European Championships in swimming in
Romania for the very first time.

“We have been waiting for this for a long time, we worked hard to stage a successful event and I hope it will be a memorable one.

“Two sessions have already been sold out so the atmosphere will be wonderful, I think. We want to say thank for LEN for this opportunity as well as for the Government and the city of Otopeni.”