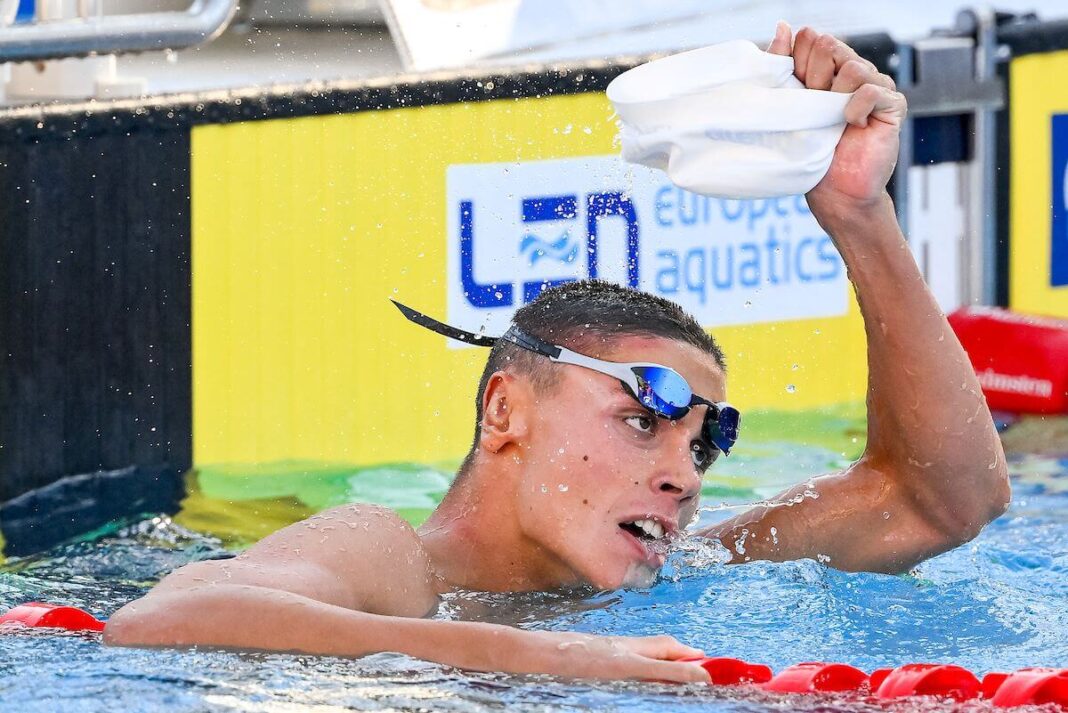 There was no question how the mixed 400-meter freestyle relay was going to unfold at the World Junior Championships on Thursday night. With Romania featuring David Popovici on the leadoff leg, Hungary’s only chance at victory was a come-from-behind rally. Indeed, that is the scenario which surfaced in Lima, Peru.

Popovici was nothing short of sensational on the front of Romania’s relay, clocking 47.23 to build a commanding advantage. Yet, Hungary didn’t panic and benefited from the power of its female stars on the last two legs to rally and prevail in 3:30.03. Hungary captured the gold medal behind the foursome of Daniel Meszaros, Benedek Bona, Nikolett Padar and Dora Molnar. Earlier in the night, Padar won the 100 freestyle crown.

As has been routine throughout the summer, Popovici unloaded a dynamite performance for his 100 freestyle. For the 15th time in the past three months, Popovici notched a sub-48 effort. The 47.23 put together by Popovici included a split of 22.79 for the first 50 meters and is the sixth-fastest time of his career. Popovici is the world-record holder at 46.86 and still had the individual 100 freestyle to come.

As Popovici bolted to a big lead, Hungary received a 50.79 split from Meszaros. Bona followed for Hungary in 49.46 and was able to cut into his country’s deficit when Romania got a 50.17 mark from Patrick Dinu. Padar made a major move on the third leg, as her 54.41 was more than two seconds faster than the 56.87 of Bianca-Andreea Costea and brought the Hungarians to within .39. On the anchor, Molnar went 55.37, to the 56.12 of Rebecca-Aimee Diaconescu.

Because it was recorded in a mixed relay, Popovici’s time will not be official. Still, it will be registered in the files as the 17-year-old continues to pile up eye-opening performances.