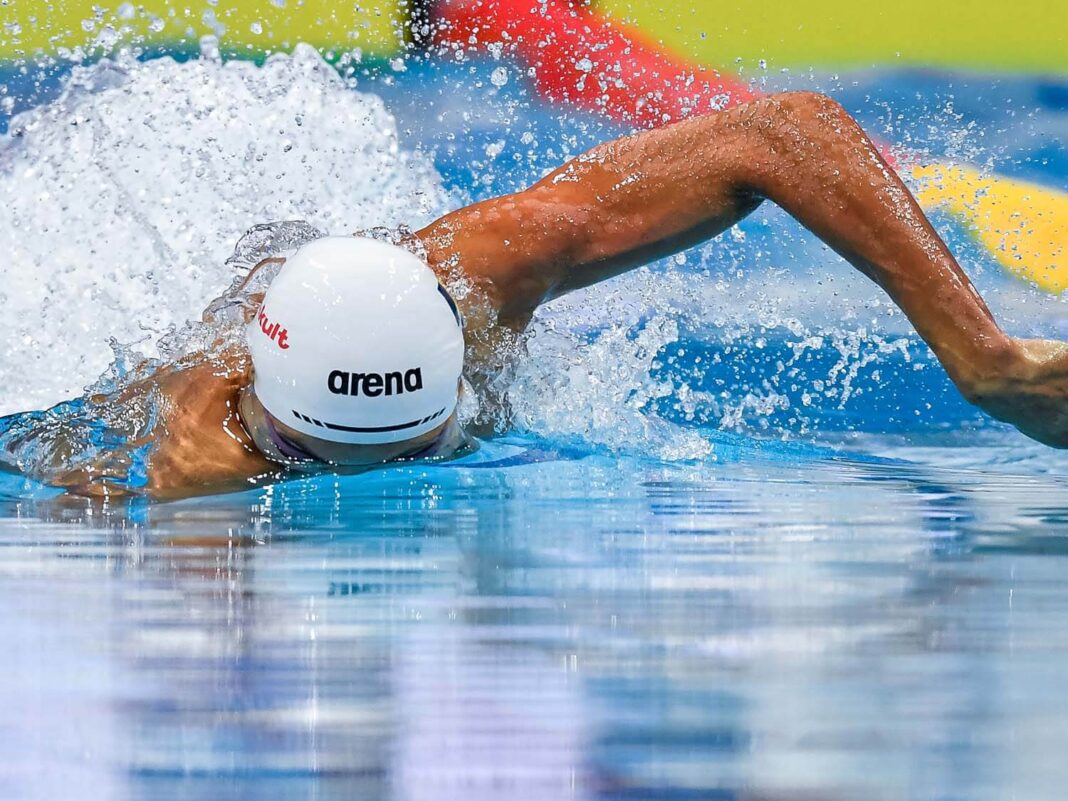 David Popovici led off the Romanian men’s 4×100 free team in 47.54 as the quartet won gold in front of a home crowd on day one of the European Junior Championships in Bucharest.

It was quicker than the time in which he won the World Championships in Budapest when he stopped the clock at 47.58 after setting a world junior record of 47.13 in the semis.

Emma Carrasco Cadens took the first gold of the meet in the 400IM, Italy won the women’s freestyle relay and Mary-Ambre Moluh set a championship record of 27.75 in the women’s 50 back semis, a time that would have secured seventh at the World Championships.

It sliced 0.07 from Daria Vaskina‘s time of 27.82 at the 2019 edition in Kazan, the Russians not competing in Romania due to the ban imposed following the invasion of Ukraine.

The teenager returned for the final event of the evening and handed over 1.15secs ahead of Britain’s Jacob Whittle who clocked 48.69 with Lithuania’s Daniil Pancerevas the only other man inside 50secs in 49.97.

Carrasco Cadens was third at the 250 mark before moving clear of the field to hold a 1.77sec lead going into the freestyle.

Matilde Biagiotti propelled Italy’s women to the freestyle relay title as her anchor leg of 54.80 guided them past France and into the wall in 3:42.98.

Krzysztof Chmielewski went 1:56.36 to lead the way into the men’s 200 fly final, 1.49secs ahead of twin Michal (1:57.85), the pair booking the centre lanes as they seek to repeat their gold and silver-medal performances from last year.

Ksawery Masiuk headed the boys’ 50 back in 24.74, a race in which he won bronze in Budapest albeit briefly elevated to silver following the DQ of Justin Ress before the American was reinstated to gold.

12 Unique April Wedding Ideas: From Venues To Decor & Beyond