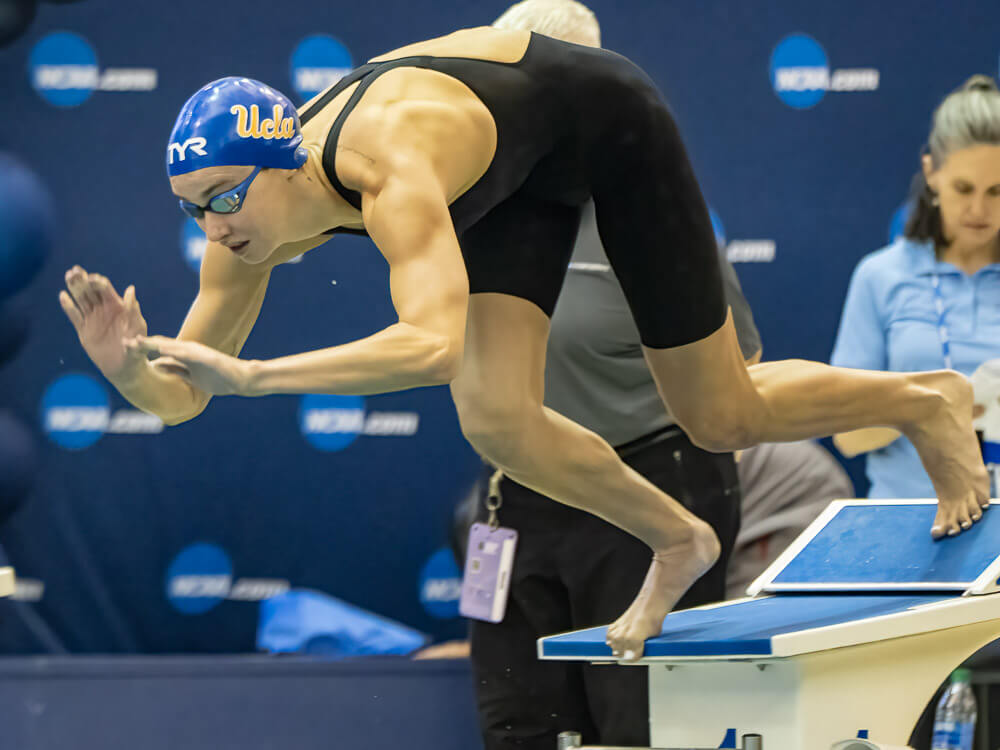 One week after earning a win over UC-Santa Barbara, the UCLA women’s team picked up its first Pac-12 dual meet win of the season during a trip to Utah. The Bruins won 175 to 125, and it was fifth-year swimmer Claire Grover standing out as she posted individual wins in the 50 freestyle (23.25) and 100 free (51.63), with both wins coming by mere hundredths over Utah’s Reagan Cathcart. Also winning multiple events for UCLA was Katrina Bellio, who cruised to first place in the 1000 free (10:18.89) and later the 500 free (4:59.25).

Full results are available here, and read the full press release from UCLA below:

The No. 20-ranked UCLA swim and dive team improved to 2-0 on the young season after notching a 175-125 win over Utah on Friday afternoon at the Ute Natatorium.

The Bruins won 13 of 16 scheduled events in their Pac-12 opener, sweeping both relays.

A trio of Bruins had particular standout efforts individually.

The Bruins closed out the swim portion of the meet with a first-place time of 3:27.38 in the 400 free relay.

Senior Hannah Butler was UCLA’s lone entry on the diving side of the meet, and the Rochester, N.Y. native responded with a win in the 3-meter championship (307.28) and a fourth-place result in 1M (254.55).