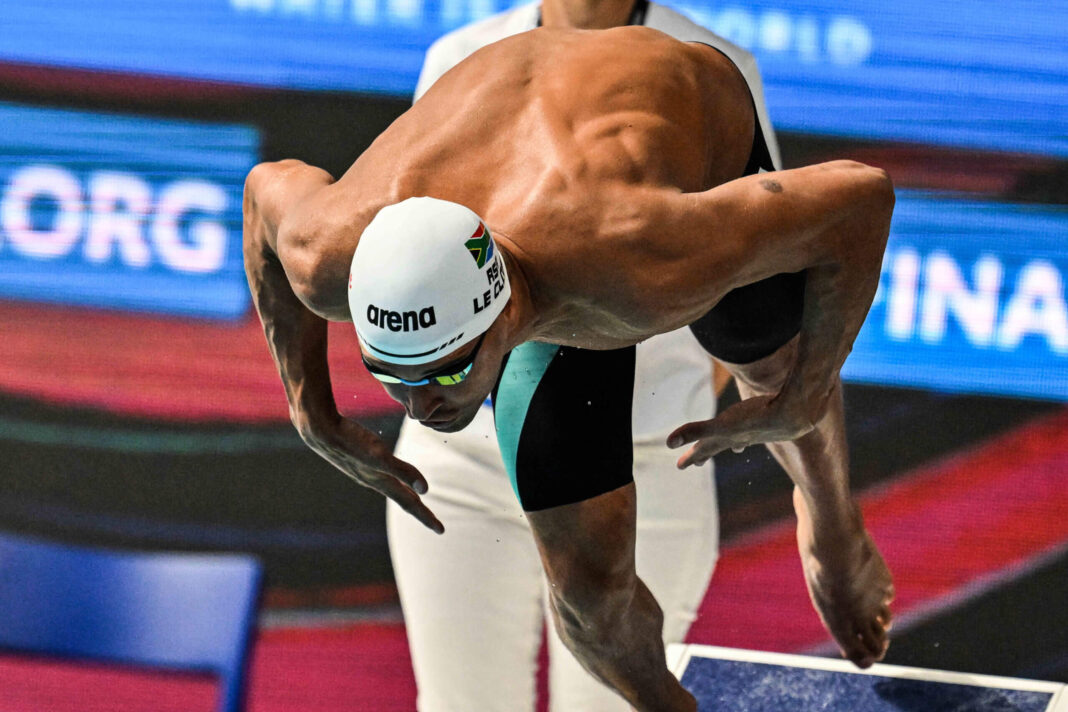 For Chad Le Clos, his partnership with Dirk Lange represents a new chapter in his career after a frustrating couple of years that has seen him swim like “a desperate man”.

The four-time Olympic medallist announced last month he would be moving to Frankfurt, Germany, to join up with the former South Africa head coach.

It’s a chance for the 30-year-old to start anew following a difficult time in the water where results haven’t been anywhere close to what he desired and anticipated.

The lack of a consistent training base, the legacy of the lockdown in South Africa amid the pandemic and regular illness all combined to

Amidst all that was the “traumatic experience” in January 2021 that led to depression and therapy and a feeling of desolation at Tokyo 2020.

In July 2022, Le Clos experienced the low point of his career so far when he finished fourth in the 100 fly at the Commonwealth Games, an outcome that he was at a loss to explain.

Now though, he is embracing the opportunity to reset with ex-Germany swim coach Lange and look towards Paris 2024 while silencing the doubters.

“At the end of the day, swimming with Dirk is exactly what I need.

“I’ve known Dirk for a long time, I know how he works, I respect him a hell of a lot, he is not strict but a firm coach who is going to take me to where I need to be with that setup.

“I can’t wait to get going. I know I’m going to be successful – I don’t know when it’s going to be – I hope it’s the end of the year, I hope we can get it back. I know it’s coming, it’s definitely coming.

“At Commonwealths I was so disappointed because I really thought this was going to be my big break again because everyone has written me off in world swimming – I know that, I hear what people are saying.

“But they are going to be reminded very soon that they are making a huge mistake to write me off, everyone. So good luck to them.”

Turbulent Times And The Low Point Of His Career

However, Covid-19 had already begun its long, deadly march across the world and after Le Clos returned to South Africa, he was unable to swim for four months and it was October before he could travel.

He competed at the ISL, improving with each round, and enjoyed a good end to the year before his world was rocked in January 2021 by the experience, the nature of which he has vowed never to disclose.

The four-time world champion trained alone until May of that year when he reunited with James Gibson and went to the Olympics hoping he could sneak a bronze.

Le Clos – who won a famous 200 fly gold in 2012 when he overhauled Michael Phelps at the death – was fifth over four lengths but didn’t negotiate the heats of the 100 in which he had won silver at the previous two Games.

Such was the ongoing trauma following the January event, Le Clos felt nothing when he walked out on poolside in the Japanese capital.

Come the World Short-Course Championships in Abu Dhabi in December and he was so low that his father urged him to leave and return to South Africa.

It was only the prospect of closing in on Ryan Lochte’s short-course record haul that convinced Le Clos to stay and he came away with a silver and bronze.

On into 2022 and an intense block of training ahead of the World Championships in Budapest had him eyeing a medal in the Hungarian capital with the Commonwealth Games the main focus.

However, he started experiencing breathing difficulties about 10 days before worlds, something he describes as like having “a belt around your waist – every time you breathe it squeezes a little tighter”.

Le Clos finished 33rd in the 50 but that was the end of his competition, a test showing he only had 65% lung function.

On to Birmingham, England, for the Commonwealths where he was looking to claim his fourth straight 200 fly title.

Le Clos was leading all the way until a furious last few metres from Lewis Clareburt saw the New Zealander take gold.

“I got beaten by the better man absolutely – I just don’t really understand why I wasn’t able to swim fast.

“I thought the stars would have aligned for me, my 10-year anniversary (of beating Phelps at London 2012), lane five too!

“I expected a hell of a lot more after heats. For some reason I can’t finish that last 50, I don’t know why.”

Worse was to come when he was locked out of the podium by one place in the 100 fly, the nadir of his career thus far, as he mused:

“It’s a frustrating time to be me.

“I was so confident I was going to win that race comfortably and I get there and I’m swimming with too much emotion. I’m not nervous, I’m not afraid, I’m comfortable, I feel like I’m swimming like a desperate man – you know, ‘you have to win’.

“Maybe that’s what’s happening to me: I’ve lost two to three years, I am so frustrated. I am spinning myself into a tizzle.

“It was just really a sad performance – especially the 100 fly. I was like wow – I was as disappointed as can be in the 100. Couldn’t believe it.

“So to get that composure back – it’s going to come. At the end of the day, the good thing about sports is that you always have another opportunity.”

Putting Oil In The Ferrari According to Le Clos, he and Lange share the same ideas and mindset.

There will be more structure to a training regime that has seen him travel between Turkey, Britain and Hungary in recent years, a few tweaks and changes here and there and a recognition that at 30 he needs more recovery.

That echoes Le Clos’ father Bert’s observation that his son is like a Ferrari without any oil, a top-of-the-range car that needs a service.

Passport issues appeared to have scuppered his chances of competing at the Berlin leg of the FINA World Cup although he may well travel to the Canada and USA stops.

The World Short-Course Championships in Melbourne beckon in December and then on to Fukuoka worlds next year and eventually Paris 2024.

He’ll definitely continue the 100 and 200 fly and there’s also the possibility of the free.

Whatever he does, Le Clos has no doubt in his ability to be among the mix for the medals but  fulfilling his potential and doing what he’s capable of is what will drive him over the next couple of years.

This year, next year, Paris – I’m coming in to try and win medals at least. I don’t know what happens in life: I could break my leg tomorrow, maybe the big boss upstairs tells me you’re dying at 30, this is as far as you’re going to get.

“I know I’m going to be in the best shape that I can be and whatever that result is, I can live with that result after I’ve done proper training.”

The Boy Who Is King Awaits

While Le Clos has endured a turbulent time of late, a host of young male swimmers have emerged.

Le Clos said: “Unbelievable. I am a fan of the sport. Whether I retire tomorrow I will be a fan of these guys and I’ll support these boys all the way.” Should Le Clos do the freestyle, the young Romanian would await, something Le Clos welcomes as a thread running through his career.

“That is how I have always been.

“I told my dad before 2012 I was going to get Phelps eventually, you know what I’m saying?

“I knew when I raced Phelps I was going in there trying to win; he was my icon, I loved the guy, I worshipped the guy. Bottom line, I was coming there to win.

“That’s why I swim the way I swim: I go out hard like a madman and hope I’ll scare them all and they won’t come back, I try and win.

“It’s as simple as that: I don’t shy away from these challenges, I don’t hide from these people. When the big guys come out to play I go for them in those races.

“I go for Kyle Chalmers in the 100 free at 2018 Commonwealth Games – Olympic champion.

“When Ben Proud got DQd (in the 50 fly) in 2018 I was the first to say I was not the Commonwealth champion. If the guy had been in the final fair play to him, he would have won the race.

“So we race Popovici, we race (Caeleb) Dressel, we race Milak, it doesn’t change much.”

“At the moment I am not competing in the same sport – I am so far behind them, I understand that, I am not a deluded man.

“I’m building myself to get back to that stage where I can be competitive with these guys and if you give me a sniff in the final – hey, we’ll see what happens.”