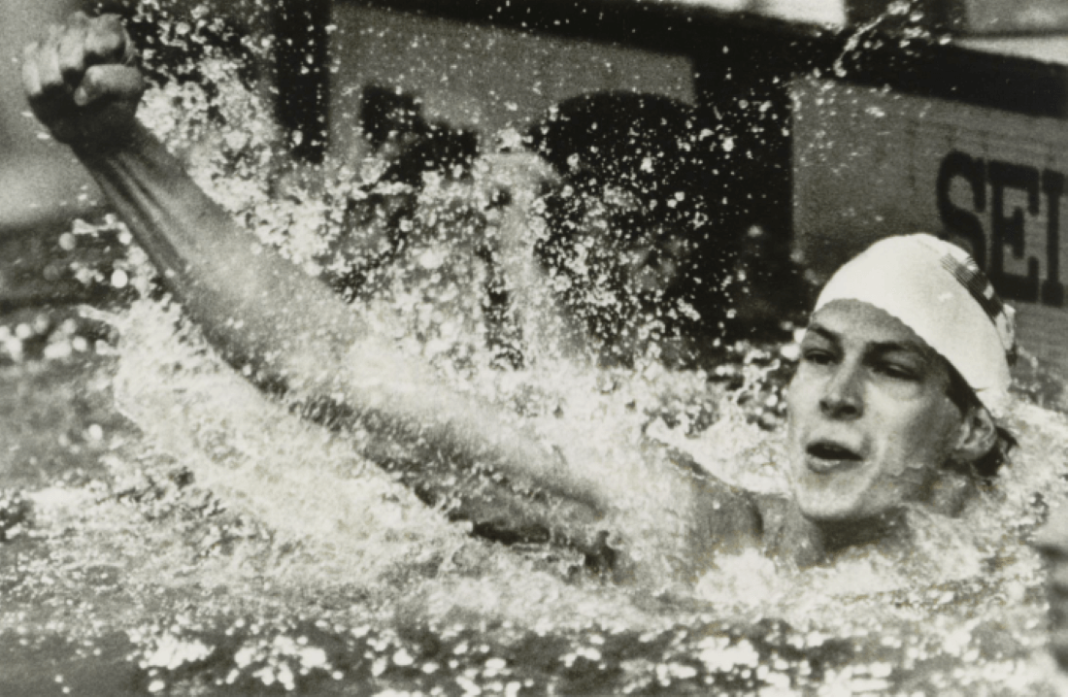 Celebrating the Career Of Sprint Icon Tom Jager, A Transformative Figure In the Dash Game

In our latest installment of The Missed Turn, Swimming World examines the career of Tom Jager, who played a critical role in legitimizing the 50 meter freestyle as a respected event on international programs.

How can a guy who owns seven Olympic medals qualify as a subject for this series? He was a multi-time world record setter. He was a longtime fixture for Team USA at competitions around the world, flourishing as an individual and, more importantly, serving as a reliable relay cog. In 2001, he was inducted into the International Swimming Hall of Fame.

When “The Missed Turn” was developed—and eventually debuted in February—its focus was simple: to highlight athletes who went overlooked during their careers. Maybe politics derailed opportunities. Perhaps doping robbed certain athletes of their rightful place in the annals of the sport. And, indeed, the series has succeeded in that pursuit. But over several months, the series has also offered the chance to feature individuals whose accomplishments have been overshadowed by towering figures.

Both literally and figuratively, Matt Biondi cast a massive shadow during his competitive days during the 1980s and 1990s. Multi-event success. Seven medals at the 1988 Olympic Games in Seoul. Eleven career Olympic medals. Poster-boy status for the United States. And, his presence—via an assessment of the past—caused what Jager achieved to be underappreciated.

Before the program was axed by the school, UCLA boasted a top-tier men’s swimming program, and Jager found considerable success swimming for Coach Ron Ballatore’s Bruins. There were NCAA titles in the 50 freestyle and 100 freestyle, and a collegiate crown in the 100 backstroke, too. More, during his time at UCLA from 1983-86, Jager registered the first Olympic accolades of his career.

At the 1984 Olympics in Los Angeles, Jager secured a pair of medals in relay action. Both were earned for his preliminary contributions, first in the 400 freestyle relay and later in the 400 medley relay. In what was a home Olympiad, Jager got a taste for major international competition and took a significant step toward future honors.

A NEW RIVALRY AND A SHOWCASE EVENT

As Jager crafted his speed and moved toward sprinting immortality, two critical subplots arose. First, Jager and Biondi developed a healthy rivalry as sprint foes. With Jager at UCLA and Biondi in northern California at Cal-Berkeley, they had the chance to clash in dual meets, the Pac-10 Championships and NCAA Championships. Second, FINA opted to add the 50 freestyle to the program at the 1986 World Championships in Madrid, Spain, a decision that added prestige to an event that was previously viewed as a sideshow exhibition.

With speed as his biggest asset, Jager took advantage of the emergence of the one-lap sprint as a regular event. Launching a back-and-forth with Biondi for the world record in the 50 freestyle, Jager notched his first global standard in December 1985, when he clocked 22.40. While Biondi lowered the world record to 22.33 in June 1986, it was Jager who snared the first world title that summer, as he defeated Switzerland’s Dano Halsall and Biondi in Madrid. Jager made it back-to-back international gold medals at the 1987 Pan Pacific Championships, as he posted a world record of 22.32 to beat Biondi.

Heading into the 1988 Olympic Games in Seoul, Jager was the favorite for the inaugural gold medal. Not only did he own back-to-back victories over Biondi on the global stage, but he also lowered the world mark to 22.23 in March. Yet, in Seoul, it was Biondi who came through during the biggest duel between the American standouts. Covering his lap in 22.14, Biondi set a world record and comfortably topped Jager, who was timed in 22.36.

“Matt swam an unbelievable race,” Jager said. “That’s what makes him a champion. He has improved in this race by studying other people. One of my greatest virtues is my perseverance. It took me 18 years to get straight A’s in school. It took me 19 years of swimming to get an individual medal at the Olympics. I’ll be back four years from now trying the 50 again. I have some goals I haven’t reached yet.”

With two more relay golds claimed in Seoul, Jager was able to refocus and set targets for the years ahead. At the 1989 Pan Pacific Champs, he reclaimed his throne as the premier sprinter. Racing to a time of 22.12 in Tokyo, Jager started to build momentum toward the 1992 Olympics in Barcelona. Additionally, his latest title also arrived over Biondi.

The next year, Jager’s dominance continued—and he took the 50 freestyle to a territory that was once a dream. The 1990 United States Sprint Championships in Nashville were set up to unite the elite American speedsters. Let’s be real, though. Did anyone think the tournament-style setup would yield anything less than the next chapter in the Jager-Biondi rivalry?

As the competition unfolded, Jager had no intention of holding back. He followed an opening-round win with a world record of 21.98 in the semifinals, in the process becoming the first man to break the 22-second barrier. That standard endured for just about an hour, as Jager and Biondi dazzled in the championship race. Battling stroke for stroke, both Americans went under the still-fresh record from the semifinals, with Jager’s effort of 21.81 just ahead of the 21.85 of Biondi. “I felt so smooth the first two races and relatively fast. It couldn’t have gone more perfect,” Jager said. “The last race, I was just plugging away and got to the wall. I didn’t expect to swim this fast until the (1992 Olympic Trials). I couldn’t have written a better script. It was great for swimming. We opened some eyes.”

In 1991, Jager repeated as world champion in the 50 freestyle and also captured a third straight Pan Pacs title in the event. A year away from the 1992 Olympics, Jager was positioned to capture gold at his third Olympics. Instead, a rising force by the name of Alexander Popov emerged and became swimming’s top sprinter for the next decade. While Popov prevailed in Barcelona, Jager was the bronze medalist, the silver going to—who else?—Biondi.

Once his career wrapped up, Jager ventured into coaching. He spent time at the collegiate level, guiding the programs at the University of Idaho and Washington State University. These days, he is the head coach at the Aspen Swim Club in Colorado.

Sometimes, one moment in time can alter the way a story is told, and Jager’s runner-up finish in the 50 freestyle at the 1988 Olympics has left him underappreciated. But when his career is digested, Jager achieved indisputable greatness. There were world championships. There were Pan Pac crowns. There were multiple world records, the last enduring for a decade.

Simply, it was a special career, one that deserves proper acknowledgement.

How To Improve Scalp Circulation for Healthy Hair

What is the point of Tai Chi applications?

This Pre-Workout Gave Me Energy Without the Gymxiety