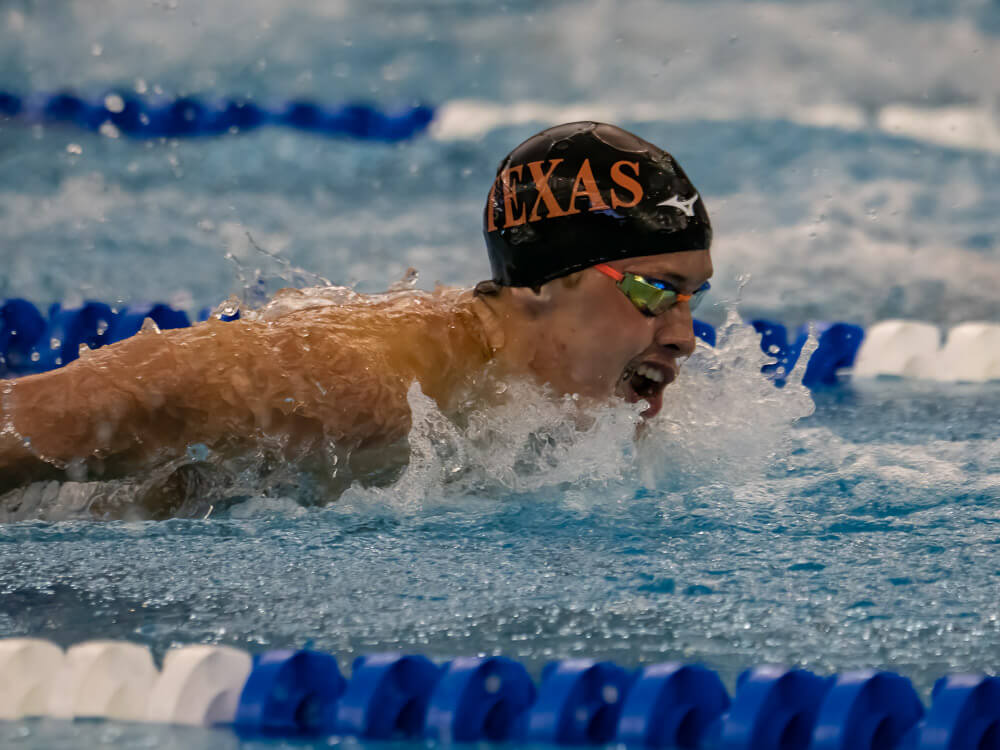 Less than two weeks removed from returning from his long course World Championships debut in Budapest, Carson Foster returned to competition at a Sectionals meet held at his training base. With his major meet for the year concluded and a trio of medals secured, Foster wanted to race events outside the individual medleys and the 200 freestyle before concluding his summer season, and after his Thursday evening performance in the 200 butterfly, Foster will have to strongly consider adding the event to his usual repertoire.

Foster’s entry time for the 200 fly was 1:58.60, and he blew that away in prelims with a mark of 1:56.44. Then, in the final, he knocked almost three more seconds off as he finished in 1:53.67, faster than the winning time in this event at the U.S. International Team Trials in April (Luca Urlando’s 1:54.10). That time would have been good enough to finish fourth at the World Championships, just six hundredths behind bronze medalist Tomoru Honda, and it would have won silver at last year’s Olympics.

Foster became the third-fastest American in history in the event behind only Michael Phelps and Tyler Clary, and he is now the 13th-fastest performer in history. The 20-year-old, who won silver in both IM events at the World Championships behind Leon Marchand and swam the second leg of the U.S. men’s world-title-winning 800 free relay, is scheduled to race the 200 backstroke and possibly the 400 free later this week in Austin.

Meanwhile, Foster’s training partner and World Championships teammate Shaine Casas raced the men’s 100 freestyle and came away with an impressive win. Casas touched in 48.23, which would have been good enough for fourth place in the event at the International Team Trials. After making his long course international debut in Budapest with a bronze medal in the 200 back, Casas could target free relay action for the U.S. men in the near future. In this Sectionals race, Danny Krueger (49.16) and Brett Pinfold (49.67) also posted quick times just behind Casas.

Is simple better? A closer look at the Jaybird Vista 2 wireless headphones