Can Kate Douglass Make a Run At WR in Short-Course 200 Breaststroke? 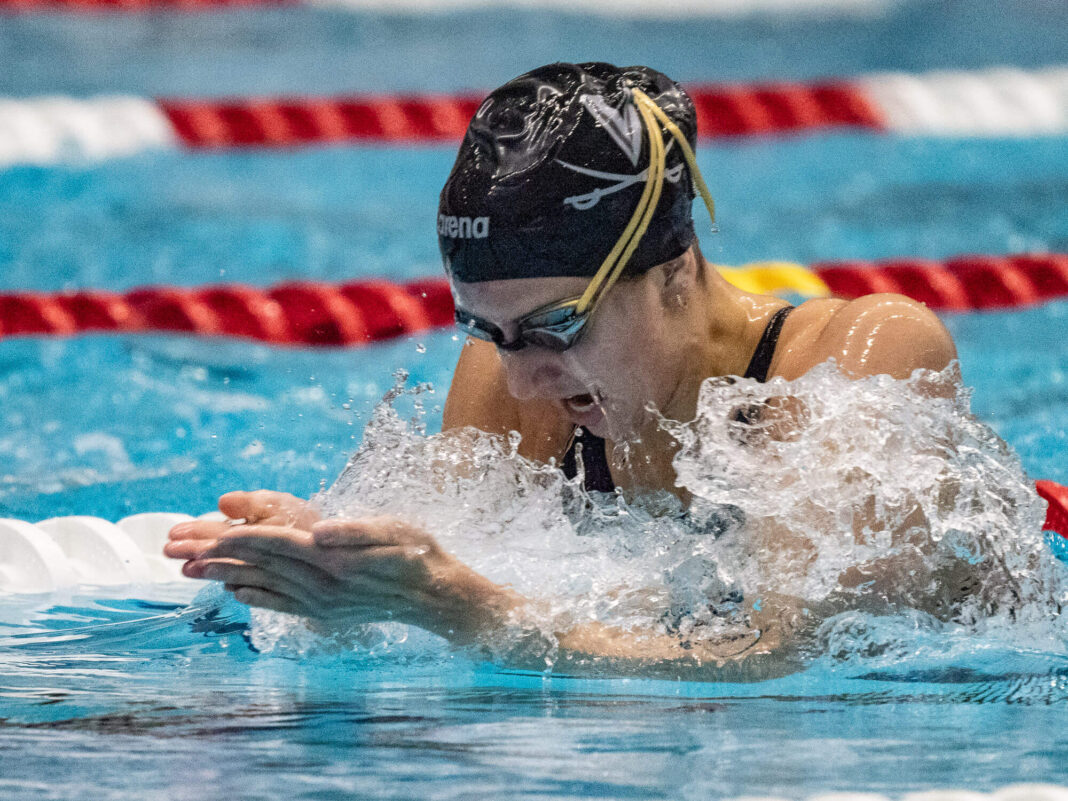 Can Kate Douglass Make a Run At Long-Standing WR in Short-Course Version of 200 Breaststroke?

The oldest women’s short-course world record belongs to Sweden’s Therese Alshammar, whose standard in the 50-meter butterfly has endured since November 2009. Just behind is Rebecca Soni’s mark in the 200 breaststroke, and it is this performance which will be under assault at next month’s World Short Course Championships in Melbourne.

At the 2009 edition of the Duel in the Pool in Manchester, which was conducted in December, Soni clocked a mark of 2:14.57 for eight laps of breaststroke. The swim has gone untouched in the nearly 13 years since it was established, with Denmark’s Rikke Moller Pedersen coming closest behind a swim of 2:15.21 at the 2013 European Short Course Championships.

But Kate Douglass might make a run at the record when she heads Down Under in a few weeks. As a member of the Team USA squad for Worlds, the University of Virginia standout will contest the 200 breaststroke and 200 individual medley in Melbourne. And given her recent American record in the 200-yard breaststroke, Douglass is looking sharp in the event.

At last weekend’s Tennessee Invitational, Douglass clocked 2:01.87 to become the first sub-2:02 performer in the 200-yard breaststroke. The Olympian’s effort converts to 2:15-mid for short-course meters, and while that time is a second off what Soni managed, it places Douglass within striking distance. More, conversions are estimates, and far from a perfect science.

Douglass has established herself as a star across several events and in the big and small pools. She’s a sprint-freestyle sensation. She’s among the best in the world in the 100 butterfly. She’s the reigning Olympic bronze medalist in the 200 medley. Yet, an argument can be made that when it comes to the short-course pool, the 200 breaststroke might be Douglass’ best event. After all, no one has been faster in the yards format.

The World Short Course Champs will put a bow on what has been a busy year of competition, particularly over the second half of the calendar. Among the leading storylines will be Douglass’ pursuit of a record that has been around for a while – and is certainly within reach of Team USA’s deeply skilled 21-year-old.

5 conclusions from the 2022 Ceratizit Challenge by La Vuelta