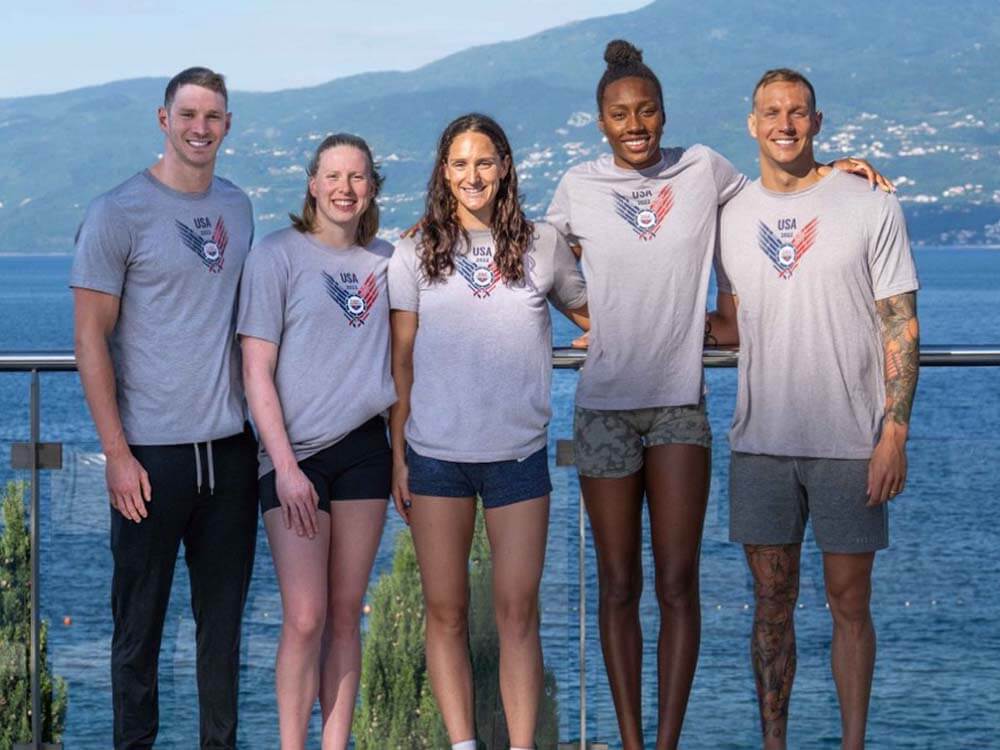 The U.S. team set to compete at the FINA World Championships in Budapest beginning next Saturday (June 18) is currently assembled at a training camp in Rijeka, Croatia, and the group has named the five swimmers who will act as captains for this year’s group: Ryan Murphy, Lilly King, Leah Smith, Natalie Hinds and Caeleb Dressel.

The men’s captains are the same veteran swimmers who led the U.S. Olympic team last year. Murphy, 26, will be competing at his fourth World Championships in the 100 and 200 backstroke, while Dressel, 25, is racing at his third Worlds with the 50 and 100 freestyle and 50 and 100 butterfly (plus relays) on his schedule.

The women’s team has three new captains compared to the Olympic team, with neither of the Tokyo captains (Allison Schmitt and Simone Manuel) part of this year’s roster. Smith, 27, will race at her fourth Worlds in the 200, 400 and 800 free, and she was previously a captain at the 2019 World Championships. The 25-year-old King is racing all three breaststroke events at her third Worlds, while Hinds, 28, is actually competing at the long course World Championships for the first time, but she represented the U.S. in the 400 freestyle relay at the Tokyo Olympics and will do so again in Budapest.

In a press release from USA Swimming, Murphy and Smith commented on the significance of being named to this position by their teammates.

“It’s an incredible honor,” Murphy said, according to USA Swimming.. “I think whenever I’m in a position like this, I think back to my first (international) teams and how much I looked up to guys like Nathan Adrian, Anthony Ervin, Michael Phelps — there are so many incredible people who have been in this role. It is truly an honor to follow in their footsteps.”

Smith said, “I’m super honored to have been named a captain. I’m really proud of my other fellow captains. I think we’re going to bring a lot of experience and fond memories with us to Budapest. I can’t wait to see what we can accomplish together and with the team.”