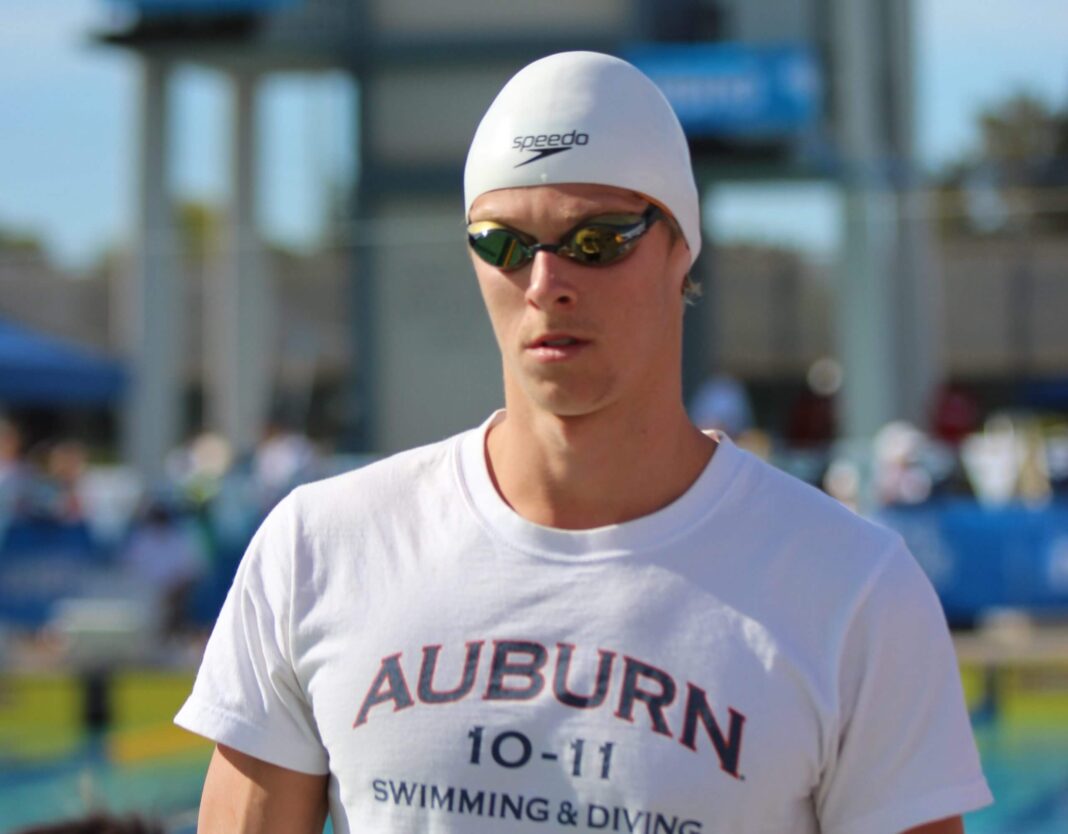 James Disney-May, a member of Great Britain’s 2012 Olympic swim team, was sentenced Monday after pleading guilty to assaulting his fiancée.

Disney-May was sentenced to 21 months in jail, though the sentence is suspended for 18 months. He pleaded guilty to causing grievous bodily harm in November.

Disney-May, 30, was found to have verbally attacked his partner, Eleanor Cooke, during an incident on June 30. The confrontation, which included Disney-May urging Cooke to kill herself, escalated to an assault that left Cooke with a fractured skull and a serious brain injury after slamming her head on the floor.

Disney-May is required to attend counseling sessions and will be monitored electronically for four months while living at his parents’ house. The plea bargain Monday included a four-year restraining order barring contact with Cooke or Cooke’s parents, whose flat in the Battersea Power Station development in South London the assault occurred in, and to pay £2,000 in legal fees. Disney-May has been in jail for the last six months since his arrest shortly after the incident.

Cooke did not attend the sentencing but did submit a lengthy victim impact statement, describing her physical and emotional struggles since the assault. Parts of it are excerpted here.

Disney-May had been working for the City of London, but proceedings at the Kingston Crown Court revealed that he’d been drinking and using drugs in the weeks leading up to the assault. A dispute over rent payments was the spark for the argument between the couple, which began dating in Aug. 2020 and got engaged in the spring.

A native of Surrey, Disney-May swam collegiately in the U.S. at Auburn University. He qualified for the 2012 Summer Olympics in London, swimming a leg in the men’s 400 freestyle relay. The Great Britain foursome finished 12th in prelims and didn’t not qualify for finals.

Disney-May also represented England at the 2014 Commonwealth Games in Glasgow. He won a gold medal in the men’s 400 medley relay for swimming in prelims and turned in the fastest split in finals of the 400 free relay that claimed a bronze medal. He also made the final of the 100 free in Glasgow. He continued swimming at least through the 2016 Olympic qualification cycle.

17 Powerful Tools To Deal with Emotional Overwhelm This Year