Black Swimming Association Nominated For Project of the Year 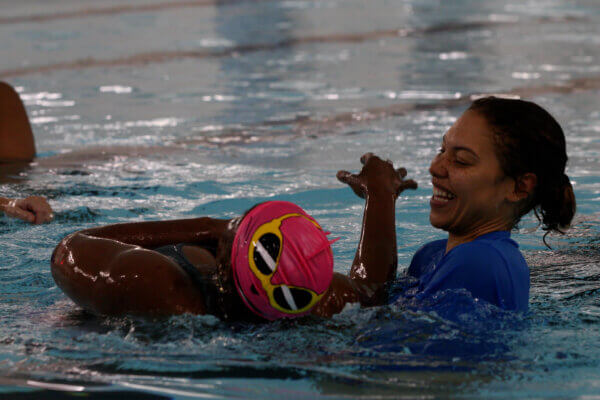 The Black Swimming Association has been nominated for the National Lottery Good Causes Project of the Year after developing a partnership with Sport Wales.

The BSA officially launched in collaboration with Swim England in March 2020 and is the first organisation working to promote the education of communities of African, Caribbean and Asian heritage on water safety, drowning prevention and the benefits of aquatics through water familiarisation and orientation programmes.

The BSA is working with Sport Wales to, in partnership with Swim Wales, make swimming and other aquatic sports more ethnically diverse, the first time a project has focused on this issue in the nation.

The partnership includes a community engagement post, sharing and development of ground-breaking research, and the implementation of sustainable community-led programmes.

The BSA was co-founded by Alice Dearing – who became the first black female swimmer to represent Team GB at the Olympics when she competed in the open water in Tokyo – BBC journalist and former City of Cardiff swimmer Seren Jones, Ed Accura – who starred in and produced the film ‘Blacks Can’t Swim’ – and Danielle Obe, inventor of swim scarves – nemes – that protect the hair.

“We are extremely thrilled to be named as a finalist for this year’s National Lottery Awards Project of the Year.

“Being safe in and around water is a right that we believe everyone in Wales should enjoy.

“With the help of the National Lottery, we aim to continue upscaling our Together We Can water-orientation and familiarisation programme throughout the UK and into Wales, with an aim to promote water safety education, improved lifestyles and essential lifesaving skills.”

The BSA is among 17 projects to be nominated with entries open until 7 October.