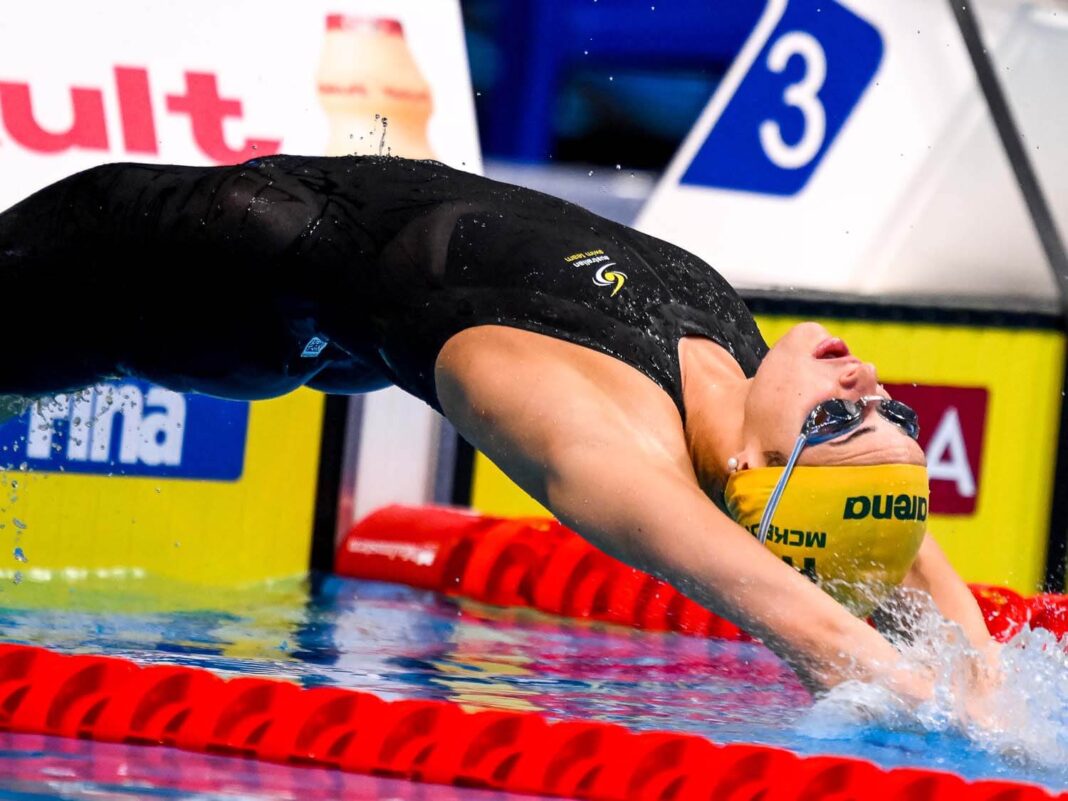 Reigning Olympic champion Australia put itself in position to maintain its No. 1 status in the women’s 400-meter medley when it qualified first in the prelims of the World Championships in Budapest. Behind the quartet of Kaylee McKeown, Jenna Strauch, Brianna Throssell and Madison Wilson, Australia got through the morning in 3:56.77, just ahead of the Netherlands. The Dutch squad touched the wall in 3:57.48 for second place.

The United States advanced as the seventh seed and will be in an outer lane in the final after the squad of Rhyan White, Alex Walsh, Natalie Hinds and Erika Brown produced a time of 4:00.06. With Torri Huske and Claire Curzan doubling up in the 100 butterfly and 100 freestyle, and Curzan also in the 100 backstroke, the American coaches had multiple options for Team USA’s morning-relay order. Ultimately, they went with White (1:00.12) on the backstroke leadoff, Hinds (58.88) on the butterfly leg and Brown (53.46) on the freestyle anchor. The interesting decision was to insert Walsh (1:07.60) on the breaststroke leg, rather than Annie Lazor.

Although the morning effort from Team USA was far from crisp, the U.S. will have a chance at the title at night. Regan Smith will take over the backstroke duties, followed by Lilly King on breaststroke and some order of Huske and Curzan on fly and freestyle.

Sweden and Canada posted the third- and fourth-fastest times of prelims, with the Swedes clocking 3:57.81 and the Canadians going 3:58.38. Sweden has minimal room for improvement in the final, as it used a loaded relay just to get to the night. Canada, though, will have the luxury of adding Kylie Masse (backstroke) and Penny Oleksiak (freestyle) to the championship heat.

Great Britain was expected to easily advance to the final, but the Brits were disqualified for an infraction on Molly Renshaw’s breaststroke leg.

How To Train Through Back Pain | John Rusin, PT, DPT, CSCS