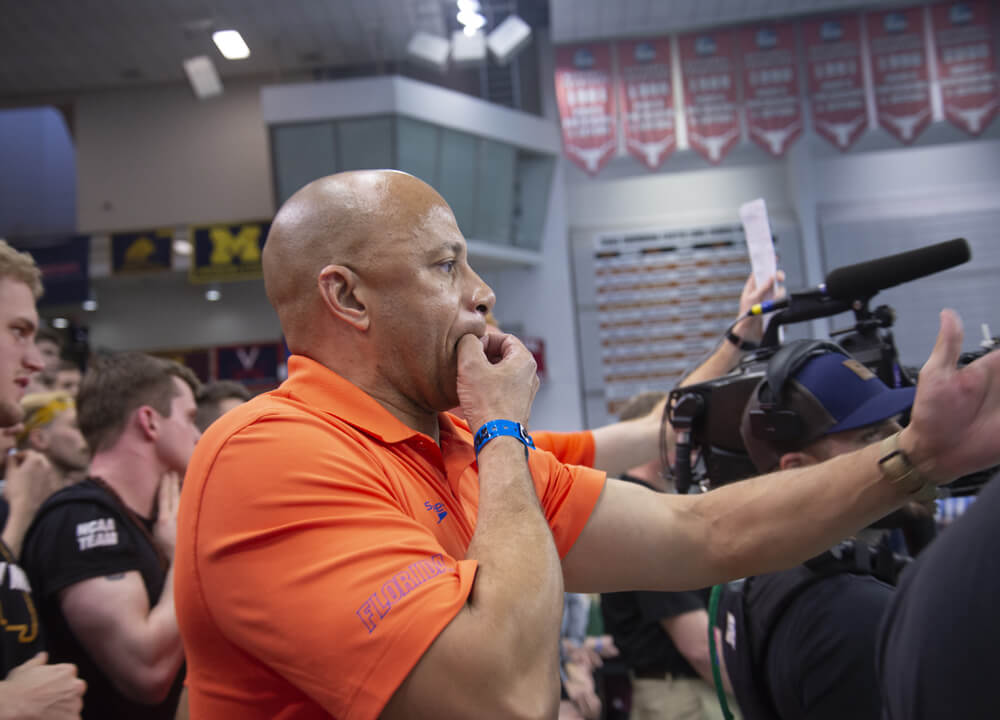 It would be difficult, given the career of Anthony Nesty in the pool, to somehow come close to topping that in the coaching realm. Yet that’s exactly what the trailblazing Olympian from Suriname has done.

When Nesty was named an assistant coach for Team USA at the Tokyo Olympics in 2021, it marked seven of the last nine Olympics with him on deck in some capacity. The first two came as a swimmer – winning gold in the men’s 100 butterfly in 1988, then bronze in the same event in 1992. Those remain the only two medals in Suriname’s 14 Olympics. Nesty would coach his country at a further four Games, three as the head coach, before the call came from the United States for Tokyo. It speaks to the resume he’s built at his alma mater, the University of Florida, in transforming it into one of the top destinations for swimmers in the country.

Nesty has coached for a quarter-century in Gainesville, the last six as the men’s head coach and last two at the helm of the women’s team. On the men’s side, he’s been a driving force behind 10 consecutive Southeastern Conference titles, won by a core of athletes like Caeleb Dressel, Kieran Smith and Bobby Finke that comprise the backbone of the American team in Tokyo. It speaks volumes of the environment he has created in Gainesville that Katie Ledecky has chosen to entrust the next phase of her career to Nesty’s tutelage.

At NCAAs in 2022, Nesty helped the Gators finish third in the men’s competition and 13th in the women’s meet. The men earned three NCAA titles – the 200 medley relay (in an NCAA record), the 200 free relay and Finke’s repeat as the 1,650 free champ, an event in which he holds the NCAA and American records. The women finished in the top nine in all three freestyle relays, a signal of the growth Nesty is fostering. He won the 2022 ASCA George Haines Coach of the Year Award.

Nesty was named the head coach of the U.S. men’s team for the World Championships in Budapest in 2022. It’s a culmination of sorts, given his extensive experience in the international realm. In addition to his home country, he’s coached the Cayman Islands and Venezuela at international events, and he served as an American assistant at the 2011 World University Games.

In Budapest, he oversaw a dominant performance by the Americans, who won 17 of an available 42 gold medals and led the table with 45 total medals, nearly triple the next closest tally. The men won seven of the golds and 20 of the total medals.