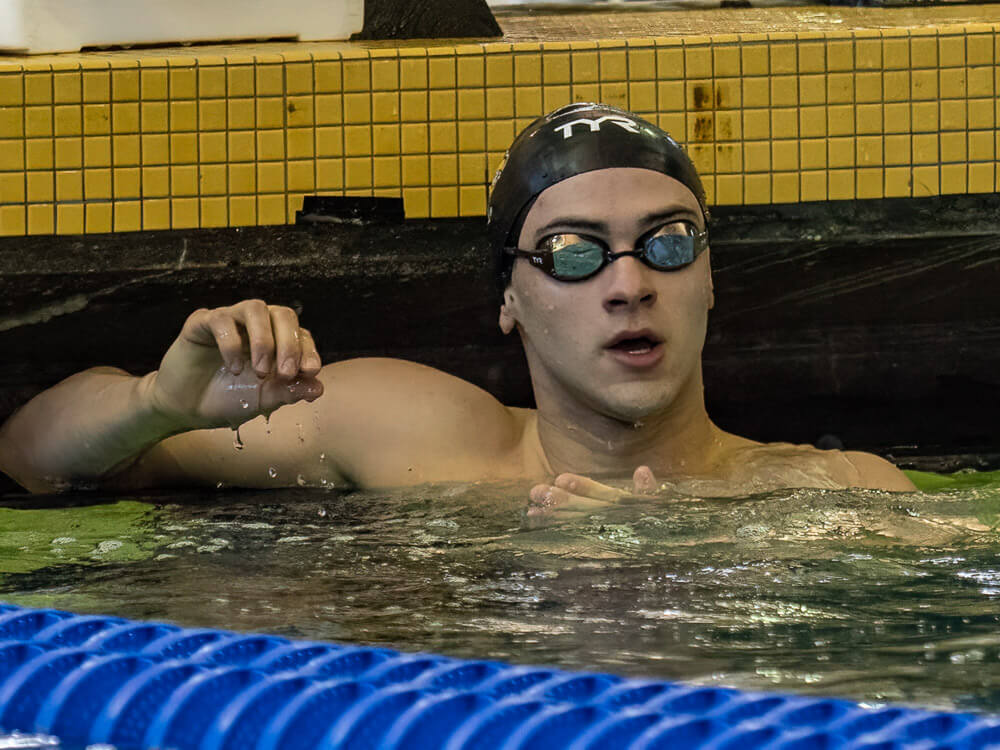 Andrei Minakov returned to action for Stanford on Friday night, winning an event in a dominant 179-67 dismissal of Pacific.

Minakov won the 100 freestyle in 43.91 seconds. That’s the fifth-fastest time on the Cardinal this season, though well off his personal best of 41.09 seconds.

The reigning NCAA champion in the 100 butterfly finished second in that event, his time of 48.29 behind the winning 47.27 of Rafael Gu. Minakov also split 20.52 in butterfly on the winning A medley relay squad.

A redshirt sophomore, Minakov didn’t swim in the fall. His last meet of significance was U.S. Nationals in August. A native of St. Petersburg, his opportunities to swim internationally have been limited by bans against Russian swimmers since the spring of 2022 over the country’s invasion of Ukraine.

The Cardinal faced little resistance in racking up their ninth straight dual-meet victory, dating to the fall of 2021. Gu won the 100 back in addition to the 100 fly. Ron Polonsky won the 200 fly and 200 breaststroke. Luke Maurer, who anchored the winning 200 medley relay, won the 200 individual medley.

That’s one way to do it 👀 #chestday #benchpress #bodybuilding

The Rings of Power: Who Is the Meteor Man?