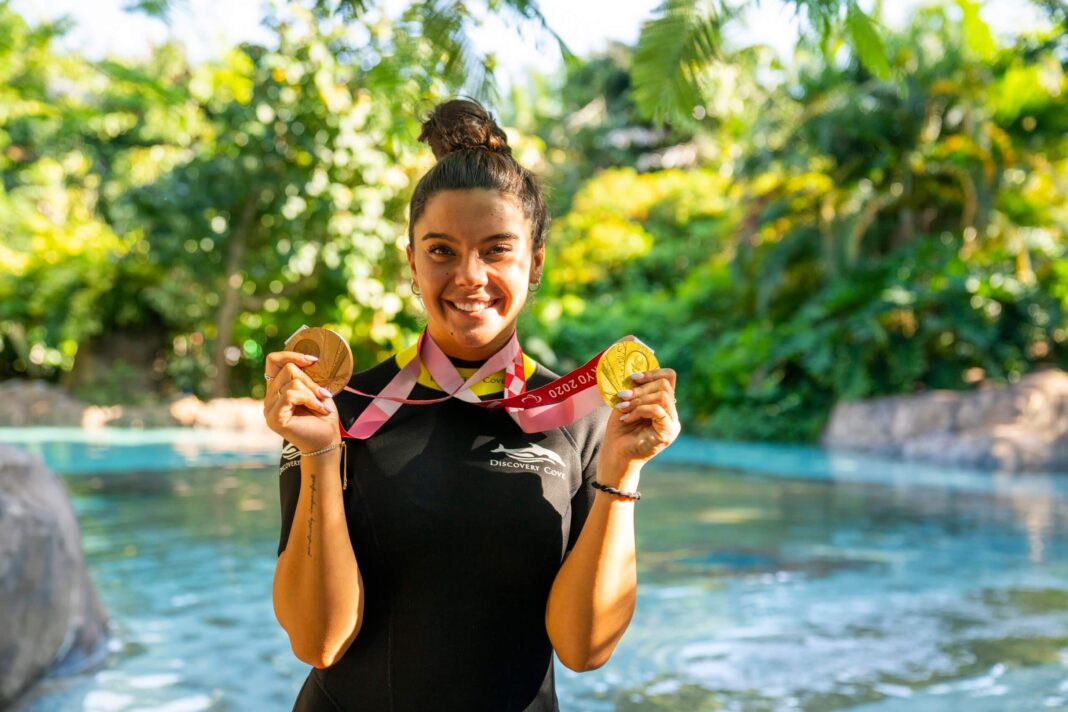 Pagonis, 18, swims in the S11 category. She won the women’s S11 100 free and 400 free and SM11 200 individual medley at the recent Worlds in Madeira, Portugal. The Long Island native, with her family, visited the park and posed for pictures with the animals.

Pagonis, who is visually impaired, began swimming at age 12 after she began losing her vision. She was able at Discovery Cove to swim with sharks and dolphins as well as meet other aquatic creatures up close.

“The bond and connection I felt with the animals was stronger at Discovery Cove, thanks to the heightened, one-on-one interaction they were able to provide me as a visually impaired person,” Pagonis in a press release. “It offered some incredible moments, and something extra special I’m thankful I was able to enjoy.”

The meet in Madeira was her first World Championships. She also won a pair of events at the World Para Swimming Series.

Pagonis, in addition to being an elite Paralympian and an ambassador for her sport, also is a TikTok star. She has 2.4 million followers on the app.

How To Create A Home Gym On A Budget

How to Stream the FIFA World Cup