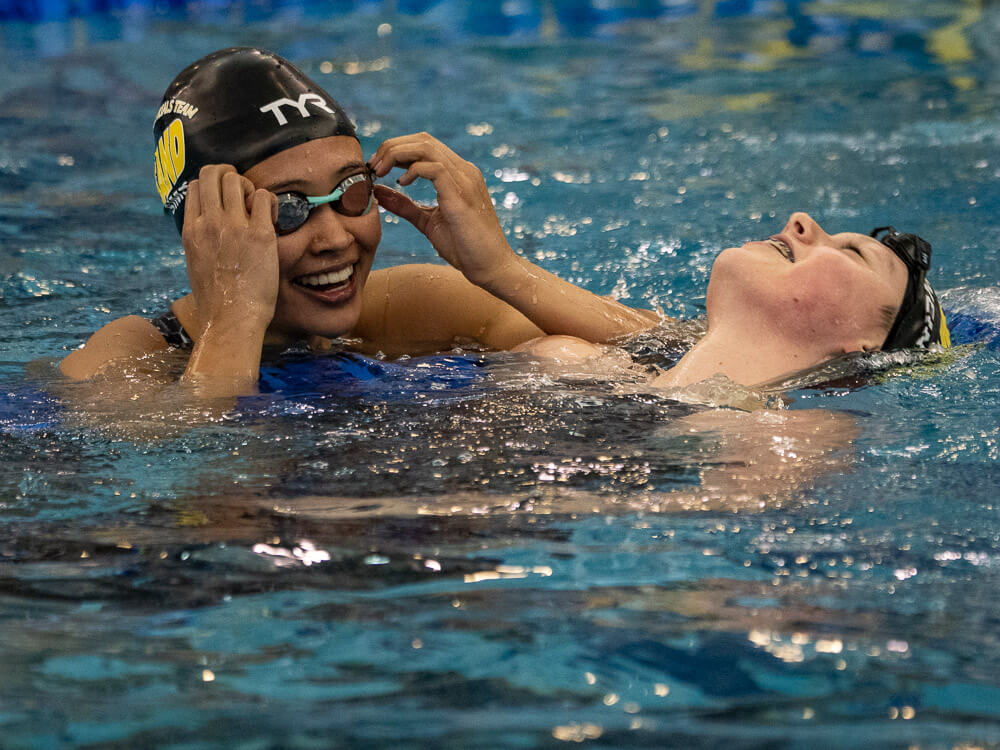 National-level competition for 2023 will begin this weekend in Knoxville, Tenn., for the first stop of this year’s TYR Pro Swim Series. The meet returns to the University of Tennessee for the first time in three years after the January 2022 edition of the meet was cancelled because of a spike in COVID-19 cases. The meet will bring together a handful of top American pros, college swimmers and high schoolers, and since many of the sport’s biggest names skipped U.S. Nationals in July and the U.S. Open in December, some will be racing in the 50-meter pool for the first time since the World Championships last June.

It would be unreasonable to expect championship-level times in mid-January on the heels of holiday training, but there will be plenty of competitive races and maybe some swims that shake up the status-quo as the long buildup to the U.S. Nationals in June begins. Here are some storylines we are watching:

Bella Sims, Katie Grimes and Claire Weinstein will begin their 2023 racing schedules in Knoxville after all three followed up medal-winning swims at the World Championships with extraordinary short course performances. Sims made the biggest jump this fall as she distinguished herself in the middle-distance freestyle events while showing signs of backstroke talent as well. She broke two world junior records in short course meters at the FINA World Cup in Indianapolis, and then in December she swam times that would have won NCAA titles last year in three events (plus times good enough for runnerup finishes in two more races). A busy program in Knoxville will include the 100, 200, 400 and 800 free, 100 back, 100 butterfly and 200 IM. Surely, she will blast some impressive times, but which events will be keepers for this long course season?

Weinstein, meanwhile, joined the Sandpipers after Sims and Grimes were already Olympians and quickly got to elite status herself with a second-place finish in the 200 free at last year’s U.S. International Team Trials, and she looks like a big factor in that event moving forward. A 200 free in Knoxville featuring all three Sandpipers plus Katie Ledecky, Penny Oleksiak and Erin Gemmell should be among the highlight races of the meet, and Weinstein is set to race all six freestyle events plus the 100 fly and 400 IM.

It was not long ago that Simone Manuel was the consensus top sprinter in the United States and among the best in the world. In 2019, at the last World Championships before the COVID-19 pandemic, Manuel won her second consecutive world title in the 100 free and took gold in the 50 free as well. After a disappointing 2021 Olympic Trials and a relay bronze medal at the Tokyo Olympics, she took a one-year hiatus before moving to Tempe, Ariz., to resume training with the Arizona State pro group. The Knoxville meet will be her first competition since the Olympics, and the 26-year-old is entered in the 50 back and 100 fly in addition to her signature 50 free and 100 free.

In this initial return, Manuel would love to show some speed, but more important is getting reacclimated to racing and the nerves that accompany a meet after a long layoff while building some confidence moving forward. Manuel could certainly force her way back into the national conversation in her primary events, but focusing on times first and foremost might be counterproductive at this stage.

Races between the top swimmers in men’s backstroke are always exciting, and there are some fascinating matchups in store for Knoxville. The 50 back Thursday will include Hunter Armstrong and Justin Ress matching up for the first time since the World Championships final when Ress edged out Armstrong, the world-record holder, for gold but was briefly disqualified for an illegal finish. When Ress was reinstated, Armstrong willingly stood aside for Ress to receive his gold medal.

2016 Olympic champion Ryan Murphy will be in town and racing the 100 and 200 back in his first long course meet since June after sweeping all three backstroke races at the Short Course World Championships last month. The 100-meter event should feature Murphy along with Armstrong, Ress and 17-year-old Daniel Diehl, who lowered Murphy’s 17-18 National Age Group record in the 100 back at last month’s U.S. Open, nearly getting under 53 in the process, and looks like a future star in the event.

As part of an impressive bounce-back meet at the U.S. Open, Regan Smith won the 200 IM in a mark that made her the third-fastest American in the event for 2022, and she will be back in the race in Knoxville along with the familiar 50 back and 200 fly. But the 100 and 200 back, events in which she is the American-record holder (and the world-record holder in the 200) are out in favor of the 100, 200 and 400 free. Why? Because it’s January, and racing off events can be a productive and enjoyable experience for top swimmers, particularly at non-championship meets.

While plenty of college swimmers are understandably focusing on short course racing right now with their conference meets just over a month away, a few are entered in Knoxville. Jordan Crooks will be swimming in his home pool and trying to bring his long course racing on par with short course. He is off to an incredible start to his sophomore campaign with the Volunteers, and he won the short course meters world title in the 50 free last month.

The contingent from Cal is led by Gabriel Jett, who already has serious long course credentials in the 200 fly, while Bjorn Seeliger is already an Olympian. Several of his Golden Bear teammates are less proven in the big pool, including reigning 200 back NCAA champion Destin Lasco, butterfly specialist Dare Rose and sprinter Jack Alexy. Rose is in the midst of a strong sophomore season for Cal, and he is the top seed in the 100 fly in Knoxville, while Lasco will benefit from strong long course competition as he tries to bring his 50-meter abilities on par with his short course success.

How To Stick To Your New Year’s Fitness Resolutions

How to do Farmer’s Walk on a Treadmill