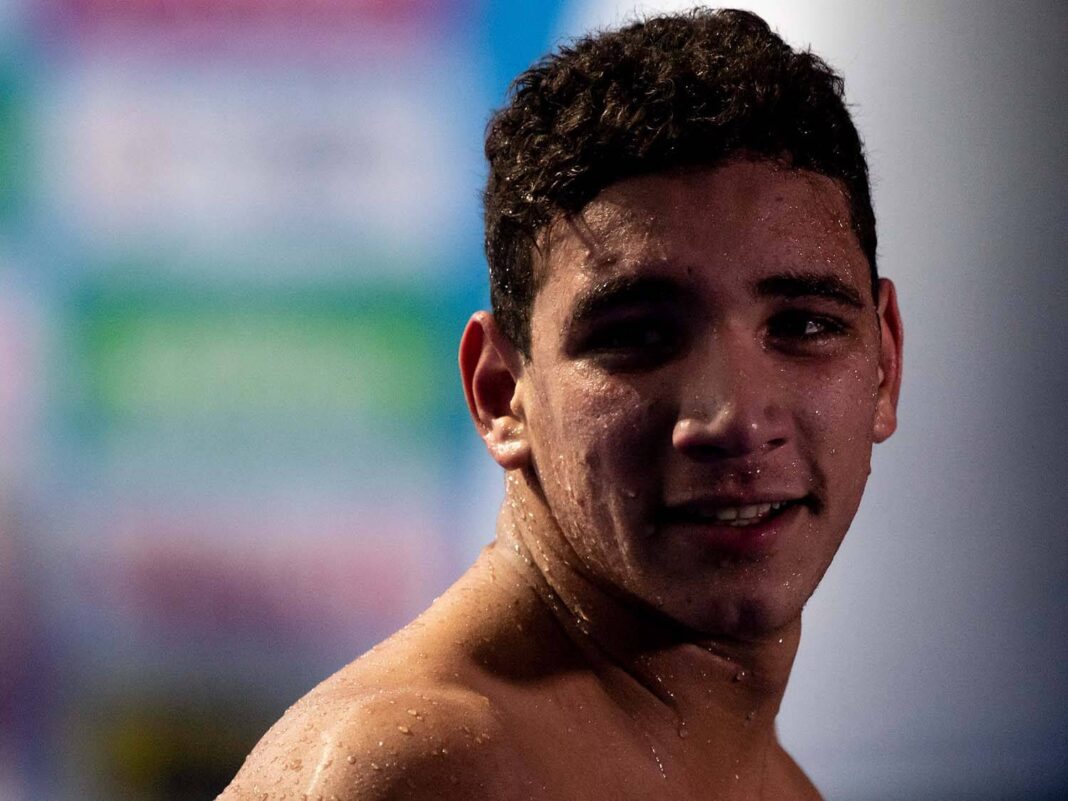 Ahmed Hafnaoui Ruled Ineligible for NCAA Season, Will Not Compete at Indiana Until Fall 2023

In one of the shocking moments of the Tokyo Olympics, 18-year-old Tunisian Ahmed Hafnaoui stormed to gold in the men’s 400 freestyle out of lane eight, posting a huge personal-best time to stun the favorites. That swim made Hafnaoui only the second Tunisian swimmer to win an Olympic medal, joining multi-time gold medalist Ous Mellouli. A little over a month later, Hafnaoui announced that like Mellouli, he would compete collegiately in the United States as he made a verbal commitment to swim at Indiana University.

Hafnaoui still plans to represent the Hoosiers but not this year. Indiana head coach Ray Looze told Swimming World that Hafnaoui is not eligible to compete during the 2022-23 season for academic reasons, but Looze expects Hafnaoui to become eligible to compete beginning in the fall of 2023. He will still be allowed to swim collegiately for four years. During this upcoming year, Hafnaoui is expected to train in Bloomington, even though he cannot race in college meets.

After his breakout performance at the Olympics, Hafnaoui won silver in the 1500 free at the Short Course World Championships in December 2021, but he has not competed in any races of significance so far in 2022. He was a surprising absence from June’s World Championships in Budapest. When he does return to major long course competition, Hafnaoui will face a significant challenge with the level of competition in the 400 free significantly raised as all three medalists at Worlds surpassed Hafnaoui’s winning time from Tokyo.

We took 10 road wheelsets to the wind tunnel, here are the results

The 6 Best Wellness Retreats To Indulge In This Summer + Fall