Adam Peaty’s Fight For Fitness And Reading The Oath 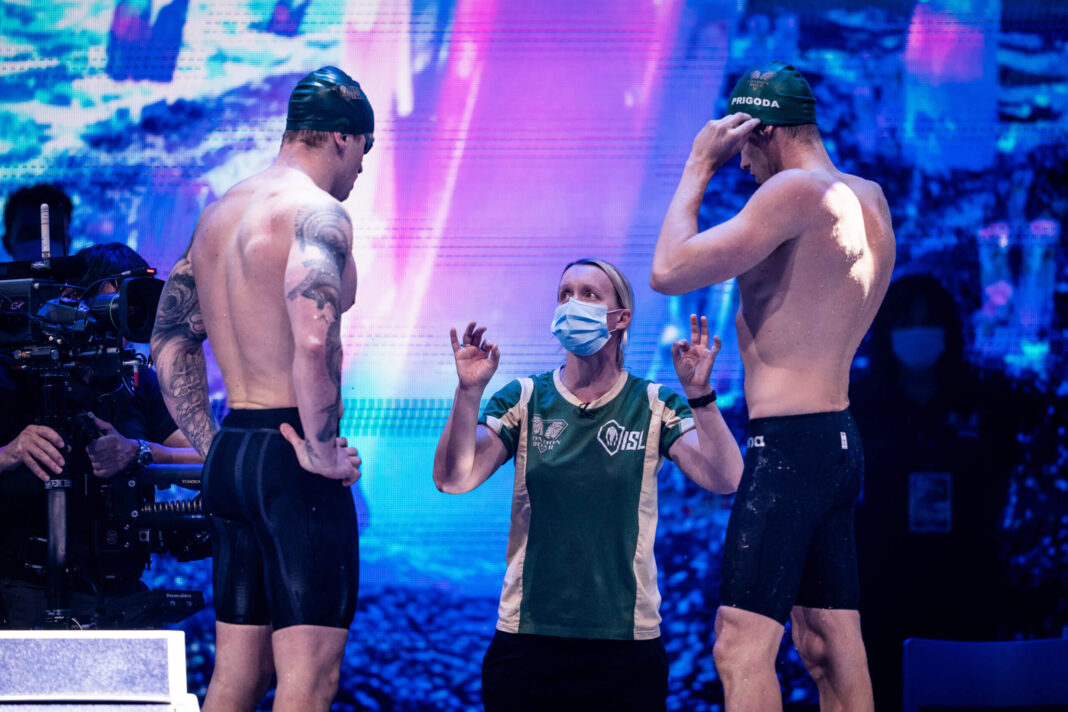 Twenty years after winning silver in the pool at Manchester 2002, Mel Marshall is head coach to a 48-strong Team England squad – her charge Adam Peaty among them – at the Commonwealth Games in Birmingham.

A pioneer on poolside, Marshall is that rare thing – a woman who has guided a man to every title available to him and beyond – soaring success that has been recognised with the Loughborough coach being asked to read the oath at the Opening Ceremony on 28 July.

The swimming programme runs from 29 July-3 August with Peaty seeking his third straight 100m breaststroke title and first over 50 following silvers behind Cameron van der Burgh in 2014 and 2018.

However, the three-time Olympic champion’s participation was in doubt after he fractured his foot while training in Tenerife.

The 27-year-old was doing a side lunge with a band when he over-rotated his foot, landed on the side and snapped his fifth metatarsal.

“You heard it snap,” Marshall told Swimming World. “It was one of those freak things.”

Peaty tried to walk it off initially but soon realised damage had been done, something scans and an MRI confirmed.

“People have probably forgotten he had five months off and when you’ve got five months off if you’re trying to make it back for a World Championships in June you are up against the block in terms of making the weeks count.

“And we’d got him to a decent place by April and then we’d gone to Tenerife and I just knew we’d turned the corner, where he was in that space – right, we’re in that territory again, doing that back-end pace, the front-end speed coming together, you’re technically looking good, your body mass is at the right place – I thought perfect, we’re going to be fine.

“I thought we’ve got one week left here to really push on and then obviously we had the issue with the foot.

“It’s sport, this stuff happens – you win, you lose, you get injured.

“I think it was the mammoth effort we’d put in in a short space of time, emotionally and physically, to get ready for the June worlds. To have that opportunity taken away – that really felt like a bit of a kick in the stomach.

“We had our tears and had a little bit of a sit by the ocean and just tried to move on from it really.

“It was difficult, it was challenging but you have got choices in life haven’t you? You can either be beaten by it or you can try and do the best around a difficult situation which is what we tried.”

Apart from breaking a finger before national age groups many years ago, Peaty has never had to contend with a major injury.

Team Peaty pulled together making sure he was getting conditioning in areas he couldn’t swim on, a bespoke cast was made with his 100 world record of 56.88 engraved on the back and Kate Jordan, chief medical officer of British Swimming, ensured a foot specialist was on hand.

It was a mammoth team effort.

“Everyone stepped in and did the extra shift,” said Marshall. “We had to manufacture a training programme that simulated what he normally does but without the ability to do what he does.

“Rob Norman, the strength and conditioning coach, our physiologist Ben, our analyst Emma and physio Ange, everybody was just fabulous really.”

In just seven weeks they managed to get Peaty to a place where he could be competitive with the European Championships following on from 11 August in Rome.

Given his lack of preparation and racing this season, Marshall is cautious.

“We’ve just got to be realistic;

“We are committed to trying our best in terms of Commonwealths and building through that. He has only raced twice this year; normally he would have had seven long-course meets.

“We are going to use the home crowd, use Birmingham, it’s an opportunity isn’t it? He didn’t think he would be here in terms of a return to fitness and he has just got to use the meets to just try and get the best out of himself that he can.” Marshall was part of the England 4×100 freestyle quartet that won silver 20 years ago in Manchester, four years before she went on to claim six medals at the 2006 Commonwealths in Melbourne, Australia.

She recalled the well-meaning support of friends……..

“Twenty years – don’t tell me that! I remember almost the intimate crowd nature of it because Manchester had a low roof, they put stands in.

“I remember my mate, she basically put ‘Go Mel’ on the wrong way round on a banner so it looked like ’90 Mel’.

“I remember them two with some dodgy paint on a terrible bedsheet because I was a student at the time. Them just hanging out with that terrible sign – it’s all the stories like that.

“And it’s a family occasion isn’t it? And the city buzzes.

“Like with London I remember being there and working for BBC news and the whole city was buzzing and I just think that off the back of what we have all been through, to get people behind sport and the areas buzzing around it, is excellent.”

“From a swimming perspective, that’ll be the most diverse and representative team that have ever been sent to a major Games – it represents sexuality, represents gender, represents race, everything and I am really proud to have those people.

“Because they’re great but also one of the main goals of the Commonwealth Games is diversity and I think we’ve really achieved that with the skillset that we have got in that group and their stories for sure.”

Reading The Oath And Female Representation

Marshall will join the likes of Duran Duran at the Opening Ceremony to read the oath, a commitment to Commonwealth values.

In a week when England’s women’s football team have reached the final of the European Championships, Marshall once more took pride in raising women’s profile in and beyond sport.

“I couldn’t believe it when I got the call. Just really pleased: again I just think from a sporting perspective – it’s not about my ego at all but if it’s me that represents that we have got great women out and about, I think that’s really positive.”

Yoga Block Exercises: 5 Variations to Fire Up Your Practice

Ji – To press or crowd in