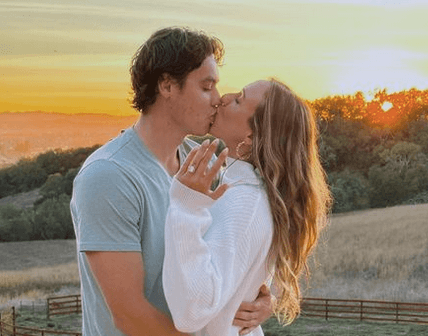 Both posts were flooded with comments from the swimming world.

Weitzeil most recently swam in the 2022 FINA World Cup stop in Indianapolis, which allowed Weitzeil the chance to swim some of the top athletes in the world in a relatively low-pressure situation.

“I haven’t raced in a while. I took this as a training opportunity to get back into racing,” Abbey Weitzeil said. “I am definitely having fun racing different events. Being able to do some other strokes is super fun for me. Just being behind the blocks, I get to get up and not think, because I never swim (the 50 fly or 50 back).”

After making her second Olympic team, Weitzeil found her passion outside the water, restoring furniture.

“It is what I do in my off time. It is on pause a lot lately because my training has been so hard and I am so tired. But I randomly make a few pieces,” Abbey Weitzeil said. “COVID got me into it. I picked up weird hobbies. I found a piece of furniture that was on the side of the road and I was like, this is kind of cool, I wonder if I could paint it. So I painted it and sold it and here we are.”

Now, Abbey and Michael can add engagement to her growing life list this year.