‘A While to Master Balance’ 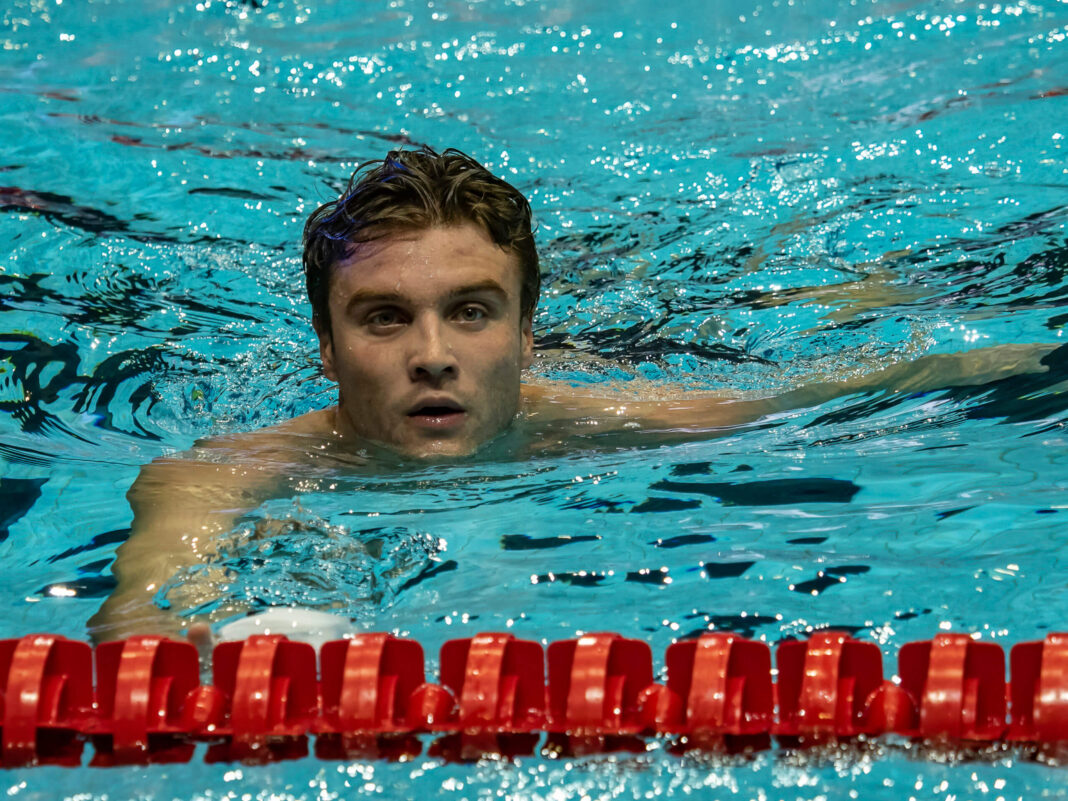 Bobby Finke on Developing Closing Speed: ‘It Took a While to Master That Balance’

Bobby Finke has made the late surge in a distance race his signature move. It won him Olympic gold — twice — and has made him one of the top distance swimmers in history.

But it didn’t just come naturally to him. He had to work on finding a racing balance.

Finke had a refresher in that at the 2022 FINA World Cup stop in Indianapolis. He rarely swims short course, so this was an opportunity to work on race strategy.

He used to try and keep up with the leaders, but he fell off pace at the end. But when he didn’t pay attention to the leaders, he wasn’t close enough to be within striking distance as he was at the Olympics in both the 1500 and 800.

“It definitely changes a bit. When they go out really fast I want to not let them get too far ahead but also stay relaxed and rely on my closing ability to do my best,” Finke said. “It took a while to master that balance. A lot of times, you panic a bit and that changes your race plan. You just have to stay calm. Things are going to happen that you can’t control but you have to stick with your race plan and be able to adapt a little bit to what everyone else is doing.

“I am not going to short-course worlds, probably not in the future either. So it was just a chance to race.”

Finke has been balancing swimming and classes at the University of Florida despite being a professional.

“Training has been pretty rough lately, mixing with class schedules,” he said. “I had one class that I have been putting off taking because it affects practice, but I am finally taking it two times a week. I am trying to put everything in order and swim the best I can,” he said.

“For this meet, I jammed a couple of turns. But other than that, it isn’t too different,” Finke said.

This stop was all about training and racing for Finke, who won’t be a part of a major meet until next summer’s U.S. nationals.

“I won’t have a big meet until the summer, so I am focused there,” Finke said.  “But it was nice to get some racing in for a little refresher.”

The importance of a build-up race