A Statistical Look At Her Distance Prowess 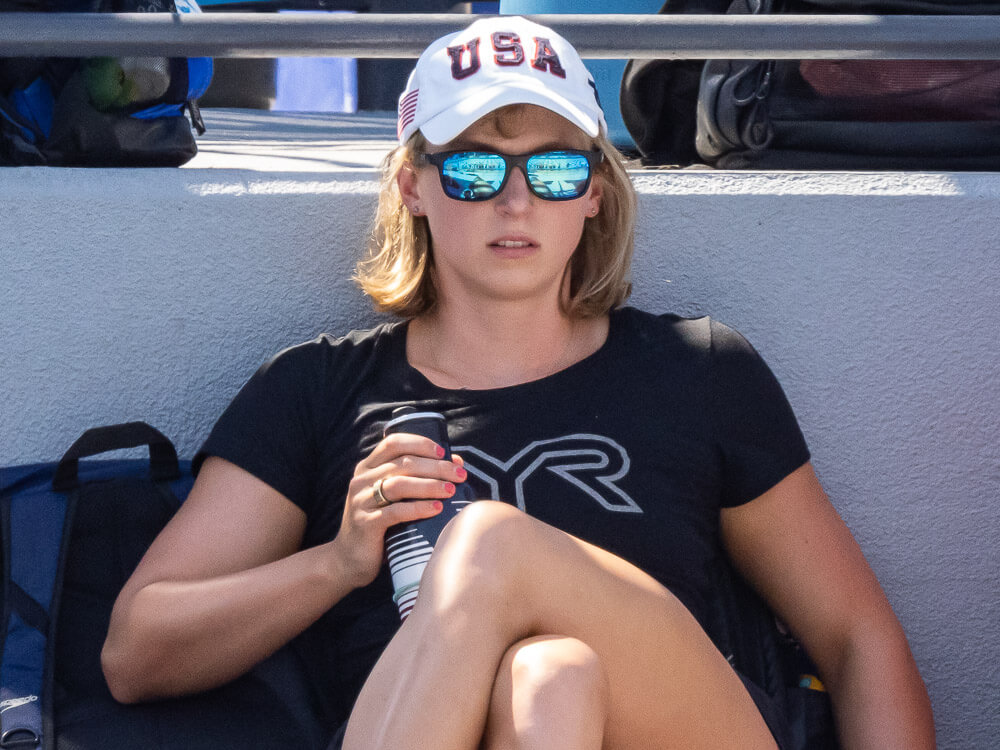 The Greatness of Katie Ledecky: A Statistical Appreciation Of Her Distance Prowess

The ability of Katie Ledecky to go 15:37.99 in the 1500-meter freestyle is a stunning accomplishment on its own merit. No one in history has ever gone that fast, and the performance ranks 14th on the all-time list. The fact that she delivered the effort in January – at a USA Swimming Pro Series competition in Knoxville – only magnifies Ledecky’s once-in-a-lifetime talent.

But because Ledecky oozes greatness, she has a unique knack to wow at the intermediate points of her races. As an example, we look at Ledecky’s 800-meter split from Saturday night at the Allan Jones Aquatic Center. En route to her stellar mark in the 1500 freestyle, the 25-year-old went through 16 laps in 8:17.29, a time only 16 other athletes have bettered – ever.

How impressive was Ledecky’s just-past-midway split from Knoxville? Well, it would have won the meet’s open version of the 800 free by nearly 10 seconds. And it’s not like victory in that event was claimed by some nobody. Rather, it was rising star Katie Grimes who went 8:27.73 for the title.

Ledecky’s 800-meter split from the weekend prompted some digging for other checkpoints from her 1500 outings. Below is a list of the 14-fastest 1500 freestyles of Ledecky’s career, with her 800 split noted in parentheses. Simply put, Ledecky has raced in a realm that might be known in another universe – but not this one.

Ledecky is the world-record holder in the 800 freestyle, thanks to her absurd 8:04.79 from the 2016 Olympic Games in Rio de Janeiro, and she has a stranglehold on the fastest-25 times in the event. In the non-Ledecky classification, Australian Ariarne Titmus has the quickest time ever, the 8:13.83 that delivered her the Commonwealth Games crown over the summer.

So, on three occasions, Ledecky has turned in an 800-meter split as part of a 1500 freestyle that is swifter than the No. 2 performer of all-time over 16 laps. While Titmus has elevated herself to the top spot in the 400 freestyle, the chasm Ledecky has generated in the 800 freestyle and 1500 freestyle is Grand Canyon-esque.

The appreciation for what Ledecky does in the longest of the distance freestyles grows when looking at what earned a podium position in the 800 freestyle at the past two global championships. At the 2020 Olympics in Tokyo (held in 2021), 8:18.35 was good for the bronze medal. At the 2022 World Championships in Budapest, which Titmus bypassed, 8:19.00 secured the third spot on the podium. Consequently, of Ledecky’s 14-fastest times in the 1500 freestyle, her 800-meter split would have medaled at those major competitions in 12 instances.

Statistics are one of the fabrics of sports, determining factors when it comes to sorting out the best of the best. In the case of Katie Ledecky, there is no one to measure her against. Instead, the numbers provide an opportunity to appreciate her greatness just a bit deeper.

Are Fats Good For You? | Foundations of Fitness Nutrition