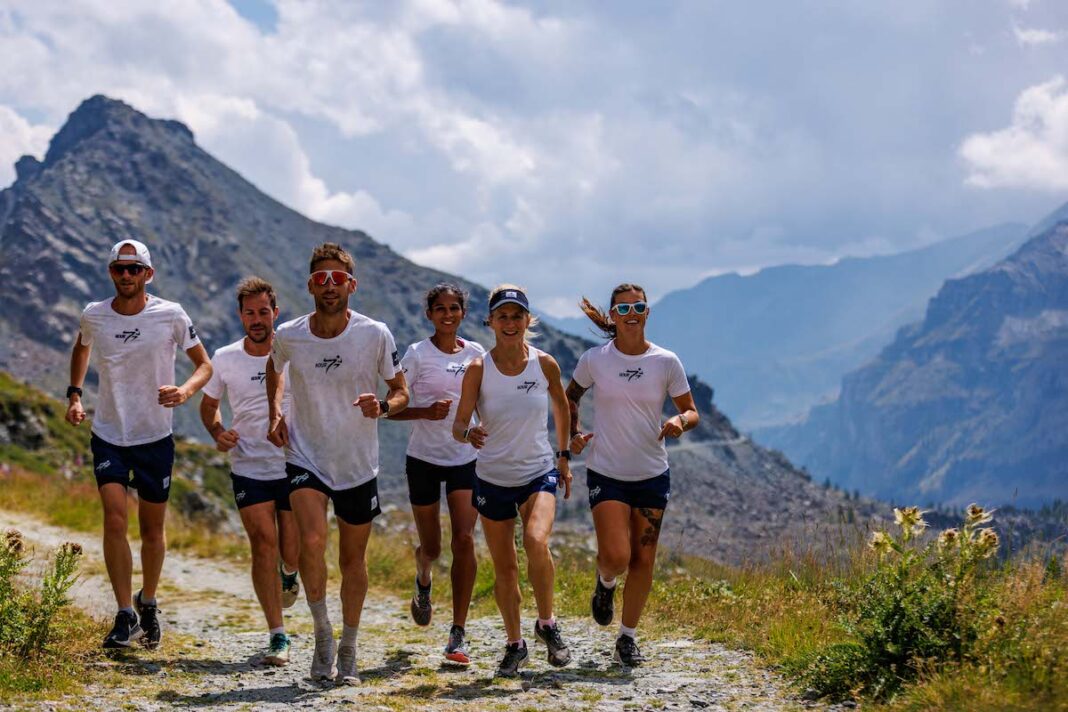 Founded by Michael Stocks and Dom Ashdown, the team has seen an impressive first 12 months. Athletes have broken British record, represented their country and finished first at events on the road, trails and many, many parkruns (looking at you Ollie Garrod).

As well as seeing their athletes shine the team has began to build partnerships with brands and sporting institutions. This included partnering with Danish brand SaySky for clothing and Liverpool John Moores University for physiological testing and expertise.

The premise is simple. Stocks and Ashdown want to see high level support networks put in place for ultra-distance runners. From coaching and nutritional advice to psychological and strength & conditioning expertise, all areas that impact performance are considered.

Then there were training camps in the Lake District and the Italian Alps, group support at races and a great bunch of people who work together and support each other.

All sounding good so far?

Who wants to join Mike on some long runs in the Alps? Photo: Dave MacFarlane

So they want some more runners to help?

With five athletes currently supported and a feel for how to improve after year one, Stocks told Fast Running that he felt “it was a good time to look for the next athletes we can help. We’ve learned a lot from the first twelve months and seen some great results already”.

Fast Running editor Robbie Britton is also Hour 7 athlete manager and explains who the team are looking for next. “We have a lot more information on the website here, but the team is focused on helping ultra-runners who are pushing their limits. They might already be at the front of races, or working hard to get on that podium in future”.

Applications will be open for a month, from 20th January until February 20th 2023. If you feel that you would be a good fit for Hour 7, or you know someone who would be, then check out the application form here and let them know.

It’s exciting to see the Hour 7 concept come into ultra-running and hopefully there are more athletes out there who will see the benefits from Stocks and Ashdown’s initiative. 10 Easy Ways to Impact Your Business and Your Life

The 10 Worst Halloween Candies To Avoid According To A Doctor