The importance of a build-up race 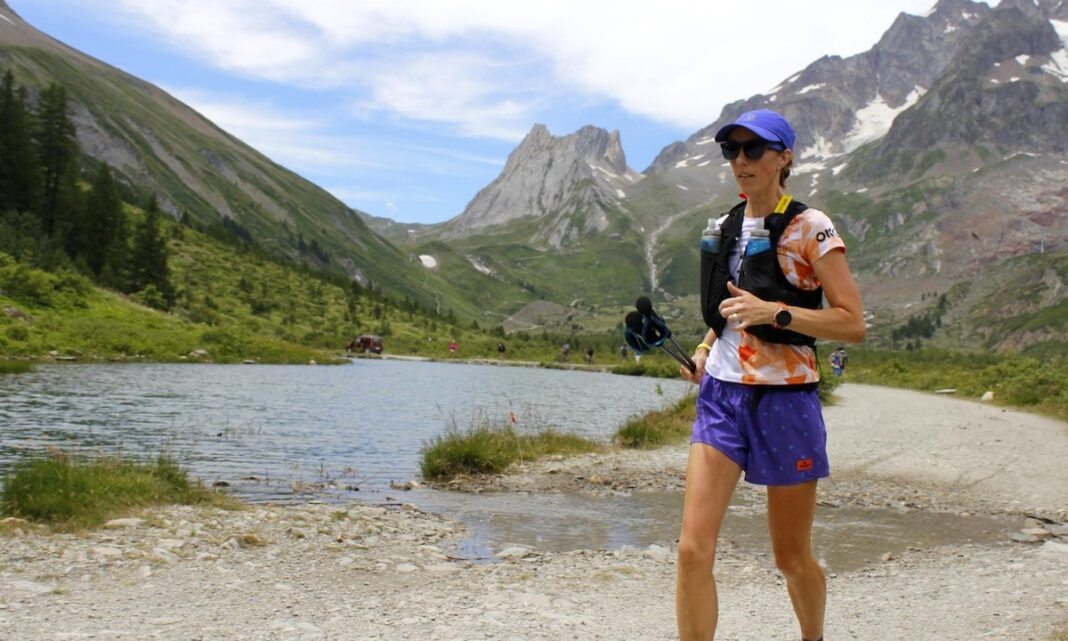 In the build up to any A race we set targets and practice events along the way. For the marathon it might be a half or a 10k, but for a 330km mountain race with 30,000m+ of up and down, you can’t really do a half Tor.

So as part of Natalie White’s preparation for the Tor des Geants in September an easy choice was the 55km Gran Trail Courmayuer, organized by the same wonderful people and in the same region, albeit mainly around the start/finish of the Tor.

Tor regulars galore featured in the three events of 55 and 105km (less in the 30km we imagine) as plenty had the same idea with Wales’ five time Tor finisher Philippe Roberts also taking on the bigger 105km event which started the night before at 10pm.

So why do we build in practice events?

It’s not just about getting miles in the legs in terms of training, although that helps, but also practicing a whole host of factors that influence a bigger event like the Tor.

These include, but are not limited to, nutrition, pacing, kit choice, psychological skiils and just having a bloody good time in some beautiful hills.

“The goal at GTC was to practice my fuelling in a similar race environment, with the altitude and heat very similar to the first day of Tor” said White, who lives a couple of hours away from the race.

“Yes, the food was a major factor for me as well,” agrees Roberts, based in South Wales. “I had a new strategy I wanted to test and see how it went in the heat and up in the bigger mountains. I’ve got some great mountains at home, but they’re not quite at that 2000m mark… “

The food is such a key element of a race that lasts between 65-148 hours for the athletes that isn’t no surprise everyone is looking for the golden bullet.

What do you need to eat?

Even in a race that needs constant movement the main part of fuelling is getting carbohydrates into the system. Whilst you’re going to be using a huge amount of your stored body fats as the race ticks along, the harder efforts of the hills, especially at altitude, will be burning your glycogen stores as you go.

That’s not to say you need to eat 239 gels the whole way (although James Elson might try), as a mixture of actual food is important. Getting into the life-bases and not enjoying what’s on offer would be a bit of a culinary crime too. Each station has pasta, soup or rice dishes, but also a beer pump, chocolate tarts, fruit, cheese and meats too. Fats and protein will need to be a part of your diet for the week for sure.

A race like GTC allows you to practice what you will use for energy on the trails between life-bases. You could be several hours between checkpoints or even as much as a whole day between the bigger life-bases, where your drop bag will meet you.

Roberts & White took onboard a mixture of sports products between them, with gels, drinks and jelly bars on the menu.

“I might need a bit more gut training” reflects Roberts. “But equally it could just have been the heat and altitude playing a part too.”

It really is hard to tell as it’s often a cumulation of everything. The body’s a bit warmer than usual, the thinner air brings nausea and the effort level to get up the steep hills unsettles too. What’s important is to be as prepared as you can be, for heat, altitude and food, with all the ways you can do that at home. The you have to be ready for the race.

Everyone has a plan until you get punched in the face. By a hot 2000m climb at the start of a 330km race.

Former TDG finisher White felt “I needed to eat before going up to higher altitudes. That will be key to remember for the Tor as we’ll be going slower and spending more time up at altitude, especially on some of the tougher sections like before Gressoney.”

More time at altitude in general will be something to aim for, if it’s an option and both runners picked that as something they would look into to. Easier for some than others, but also a significant investment in terms of time and money, but the body can adapt to make those high miles easier for sure.

From now on though the consistency will be key. It’s part of the reason White chose the 55k over the 105k, but Roberts doesn’t have as easy access to the bigger mountains so wanted the extra miles this time around.

Both will be working on keeping the ball rolling post GTC and doing their best to have a good summer of training before the taper begins a couple of weeks before the big dance.

After some stomach issues high up Roberts did have a strong battle with the cut-offs in the second half of the race, but the same spirit that has seen him finished the Tor itself so many times shone through again:

“I managed to smash some downhills later in the race to meet the cutoffs once my stomach has settled down again. Held some good pace on those descents and really please I could pull out the stops when needed.

The race was a massive psychological success”. Once again proving to himself that the ability to persevere still runs strong.

Now, with the race and travel done, it’s an easy week before everything starts to build up again. Consistency is still the main focus for both.

The Full Moon in Pisces Wants Every Sign To Get Creative

10 Exercises to Develop an Athletic Physique