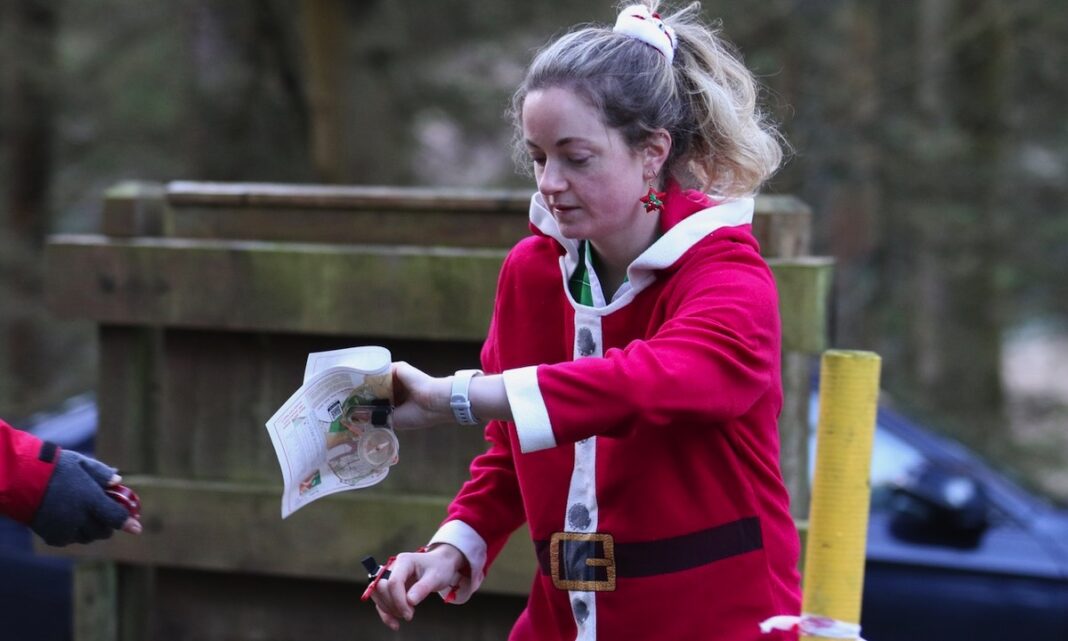 Lindie Naughton has been busy this week keeping an eye on all the Irish endurance action, as well as some orienteering too.

Many times previous winner Mick Clohisey of Raheny Shamrock AC made his annual St Stephen’s Day pilgrimage west for the Streets of Athenry 10km, but despite wearing the No 1 on his vest, could only manage third place in one of the largest races of the holiday season.

Finley Daly of Sligo AC raced away from Jamie Fallon of Craughwell AC in the later stages of the race to win in 30 mins 36 secs. Fallon was second in 30:53 and Clohisey a respectable third in 30:57.

Leading home 785 finishers at the 37th Greencastle 5-mile in Co Tyrone was James Edgar of City of Lisburn in 24 mins 35 secs. Second in 24:49 was Neil Johnston of Annadale Striders while third in 25:24 was Paddy Robb of St Malachy’s AC.

Finishing eighth and first woman in 27:35 was Grace Carson, one of many local athletes in action over the seasonal break who had competed with distinction at the European Cross-Country Championships in Turin a few weeks ago.

Another of those was Peter Lynch of Kilkenny City Harriers who won the Clonmel 4-Mile in 18 mins 37 secs. David McGlynn of Waterford AC was second in 18:49 and William Maunsell of Clonmel AC third in 19:15.

Clonmel AC’s own Courtney McGuire, winner of the national marathon title in Dublin last October, was first woman in 22:01 She was chased hard by American visitor Layla Roebke who finished a close second in 22:04. Third woman in 22:30 was Dymphna Ryan of Dundrum AC.

Action across the country

In Wicklow, Jonas Stafford, the junior athlete from Ashford AC who won won his first Irish vest in Turin, was the winner of the Streets of Wicklow 5km. Stafford finished a comfortable winner in 16 mins 6 secs. Second in 15:30 was Nik Bowker of Clapham Chasers, while third in 16:12 was marathon man Tudor Moldovan of Clonliffe Harriers.

Anna McGinley of Galway City Harriers was first woman in 19:04, with Finn Valley AC’s Maggie O’Hara second in 19:54 and Catriona Devine third in 20:02.

Elsewhere, Eoin Everard and Aoibhe Richardson made it a Kilkenny City Harriers double at the Stoneyford FC 5km in Kilkenny, while at the Kilbeggan 6km in Co Westmeath, Vinny Connolly of Mullingar Harriers was the winner in 18: 35, followed by Tullamore Harriers pair Michael Murphy in 18:52 and Jay Donegan in 19:41.

On a good day for the Donegan family, Danielle Donegan was first woman in 20:40 and her sister Nadine second woman in 21:24.

Frank Buchanan of St Michael’s College AC was the winner of the Cavan 5km Christmas Dash in 15:58; Rachel Birt was first woman in 18:27.

On the other side of the country, Oisín Spillane of Ennis TC was a clear winner of the Farranfore Maine Valley 5km in 15:22. First woman in 17:14 was Niamh O’Mahoney of An Riocht AC .

A historic event being run for the 126th time

By some way the most historic race held on December 26 was the 126th Waterhouse-Byrne-Baird 10-Mile Open Handicap in the Phoenix Park.

The race, organised by Donore Harriers, was first held in 1896 when the winner received a shield donated by Messrs Waterhouse and Co Jewellers. It moved from its original venue at Meadowbrook in Dundrum to the Phoenix Park in 1934, where it has remained ever since, taking in loops of a two-mile course around the Dog Pond.

Deirdre Nic Canna was first across the line in 87:36 with Emmet O’Briain just three seconds behind in the end, with handicap format of the race providing an exciting finish, given that Nic Canna and O’Briain started nearly ten minutes apart!

The fastest time on the day was that of Ian Fitzgerald in 62.38 who finished 9th overall and he was awarded the Tommy Hayward cup for that honour.. Fastest female was also the winner Deirdre Nic Canna (72.06)

On Tuesday (December 27), the action moved to Navan for the annual Rita and Robbie 5km, which remembers two stalwarts of the organising club.

In a closely fought race, Gavin O’Rourke of Leevale AC beat Eoin Smyth of Tara AC by just five seconds finishing in 15 mins 21 secs. Smyth was second in 15:16 and Seamus Anderson, also Tara AC, third and first junior in 16:22. First woman in 17:31 was Laura Buckley of Dunboyne AC. Freya Renton of Westport AC was second and first junior woman in 18:18 with her sister Holly third and second junior woman in 18:38. A total of 343 finished the race.

In Co Down, winners of the annual Castlewellan Christmas Cracker on December 27 were Aaron McGrady of East Down AC and Eoin Lennon of Carnethy AC with a time of 56 mins 40 secs for the course of around nine miles. Second was Irish mountain running international Zak Hanna of host club Newcastle AC and Andrew Annet of Mourne Runners in 57:24.

In the mixed category Robyn McKee and Lochlainn Connolly of Annadale Striders were the winners in 68:04. Fastest of the women’s teams were Helen and Sarah Lavery of Beechmount Harriers in 76:41. With 651 teams finishing — that’s a total of 1,302 athletes in all — this unusual pairs race with the course unknown until the last minute attracted the biggest entry of the holiday period. So far!

Winner of the Christmas Score orienteering event at Pine Forest in the Dublin Mountains was Ruairi Short of the CNOC club in Naas. Shor not only collected 1725 points from 22 control points, he managed to complete the course in 47 mins 31 secs – well under the hour limit. Second was his brother Conroy with 1500 points in 49:34 while third with 1325 points in 51:05 was Colm Moran of host club 3ROC.

First woman was Aoife McCavana of Great Eastern Navigators with 430 points in 58:11. Winner of the shorter event over 45 minutes was Angus Tyner of Setanta OC with 480 points in 38 mins 19 secs.

Second and first woman was Maeve O’Grady of Defence Forces with 430 points in 44:28. Oldest finisher was 90-year old Con Carroll of 3ROC.

Make Acne Invisible Under Makeup With the ‘Sticky Method’

Inside the mind of a Billionaire with @Finance With Sharan | ft. Nithin Kamath, Founder of Zerodha