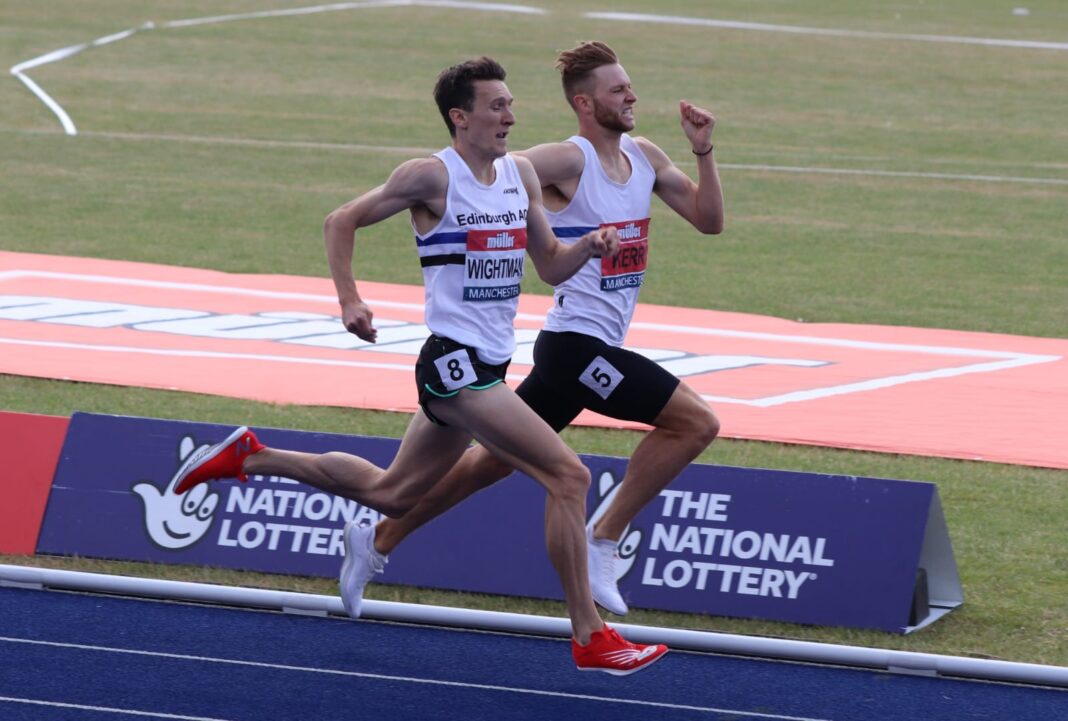 It was an exciting week in international athletics with the Bislett Games providing a welcome mid-week burst of adrenaline. The Dream Mile lived up to its name as GB’s Jake Wightman and Australia’s Oliver Hoare tracked Jakob Ingebritsen for most of the race before the Norwegian pulled away in the final lap to set a Wanda Diamond League record of 3:46.46 – just 0.14s short of Steve Cram’s European record.

After a day of 38c temperatures, even some evening cool didn’t help much at the Diamond League Paris where athletes were still competing in 30+c. That makes Lizzie Bird’s performance in the 3000m Steeple even more impressive, breaking the British Record with a time of 9:19.46 to finish fourth. A hat-tip must also go to Daryll Neita who was second in the women’s 100m, running her second sub 11s to finish behind Fraser-Price in 10.99. Eliot Giles finished ninth in the 800m in 1:45.94, Andrew Pozzi was sixth over 110m Hurdle in 13.49 and Cindy Sember third in the 100m hurdles in 12.73.

There were some fast 800s by Kyle Langford and Neil Gourley in Germany at the Merck Running Gala Pfungstadt. Their 1:44.61 and 1:44.82 were both PBs, which means we now have 10 men with World Championships qualifying times.

Brits did well off the track as well, Rosie Edwards won the Grandmas Marathon – Gary Bjorkland Half Marathon in Duluth, MN in a time of 1:12:45. In California, Fast Running’s own Robbie Britton was in action at the Broken Arrow Sky Race where he came 11th in 4:51:07

The Southern 5000m Championships results haven’t been published yet so we only have the men’s results via twitter, but Tonbridge AC’s Steve Strange won the title in 14.35 with 57s last lap. Jack Gumm of University of Bath took silver in 14:38 and Rowan Miell-Ingram went home with bronze in 14:42.

There were some fast 5ks doing the rounds this week on and off the track. Dunham Massey 5k on Thursday saw a 15 year old course record broken by Sophie Wood who won in 16:34
Well clear of Nicola Reece in 18:04 and Louisa Harrison in 19:44. The fastest man was  Akkeal Chambera of Salford Harriers  in 15:17, then Gavin Tomlinson in 15:24 and Tom Charles in 15:26

On Friday the Barrowford 5k winner Thomas Hodgson dipped just under the 15 minute mark,  breaking the tape in 14:58 after a brilliant race to the finish with Benjamin Douglas runner up in 15 flat. Thomas Corrigan took third in 15:21. The women’s race was similarly swift and tight at the top – Eleanor Bolton took the win in 16:17 but Georgia Malir (16:35) and Kirsty Longley (16:55) were hot on her heels.

Stepping it up a distance, Fast Friday 10000m (Including the England Athletics Championships) in Walthamstow was a warm one but that didn’t stop Charlie Brisley setting a lifetime best of 29:54.36 to take first place. A tight race left Dylan Evans second in 29:54.55 and Jack Gray third in 29:56.63. The women’s race was won by Louise Small in 34:50.99 with clubmate Kate Esltea (also of Aldershot) just behind in  35:01.52. Emma Navesey defied the conditions to PB for third in 36:23.73.

In Scotland, the Bellahouston Harriers hosted the Brian Goodwin 10k where a strong field resulted in a men’s podium with only 21 seconds separating it. Derek Hawkins was the top of the pile, with 30:01 on the clock. Alastair Hay and Gavyn Chalmers battled it out to finish in 30:21 and 30:22 respectively. For the women, 35:41 earned Eve MacKinnon first place, with Yvonne McNairn second in 3:41 and Katrine Kelly third in 37:58.

Running couple Ben Connor and Lily Partidge had the perfect day out at Derby Ramathon Half Marathon, bothtaking their respective victories in course records of 63:00 and 75:56, with Lily being third overall. Tony Woodward was second in the men’s race in 70:23  and Mark Curtin fourth overall and third male in 76:31. Runner-up females were Sarah Semmens in 83:43 and Megan Rosier in 84:43.

Winning was in the family at the Alresford 10k as Matthew Bennet and Rachel Bennet topped the podium in 34:10 and 44:54 respectively. Heathfield Road Runners held their Midsummer 10k where Simon Heath clocked 32:25 for a convincing victory over Ross Brocklehurst (35:43) and Alison Moore (41:55) raced home to beat Sarah Morris (42:57)

A 34 year old record fell at the Buckden Pike British and English Championships Fell Race as Finlay Wild broke Colin Donnely’s longstanding mark of 30:51. Wild ran 30:39 to take the victory for Lochaber AC ahead of Daniel Haworth in 31:07 and Matthew Elkington in 32:06. Hannah Rusell topped the women’s podium in 37:11 and was accompanied on the rostrum by Nichola Jackson (37:39) and Sarah Willhoit (38:08).

Build Your Brand With Live and Virtual Healthcare Events

UFC’s Dustin Poirier Training Tips To Get To The Top

5 Ways To Start A Conversation About Mental Health