New Year, New Round Up 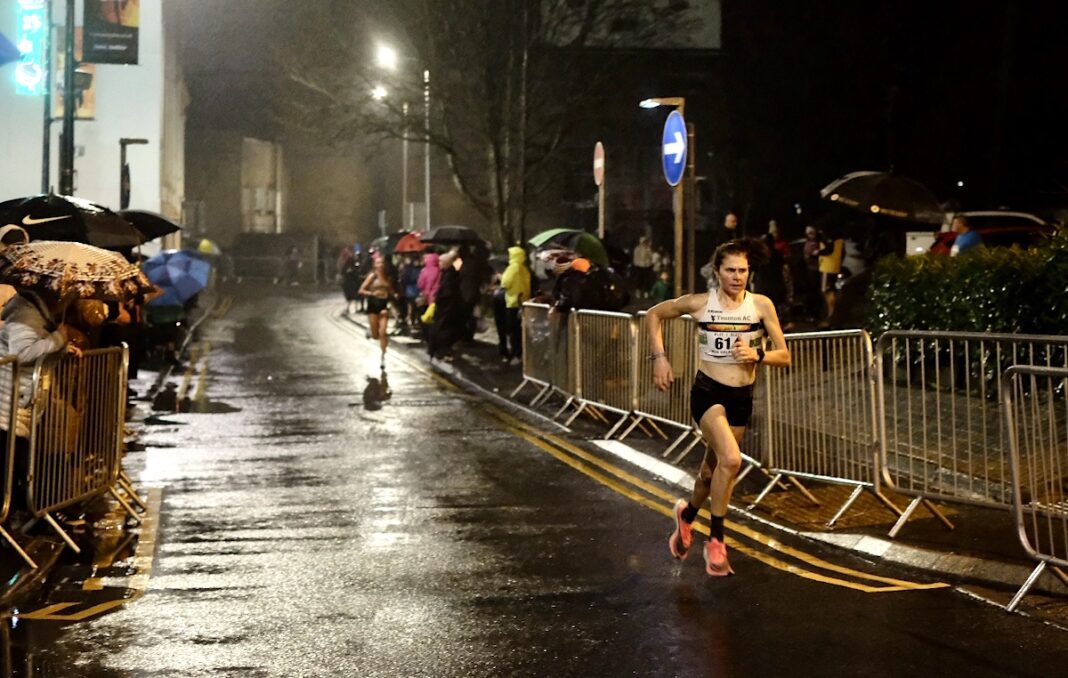 Happy New Year! 2023 may be in its infancy, but the celebrations have not deterred athletes from taking to the roads for the races that have happened this weekend. It may be a quieter weekend than usual, but there remains plenty of results to bring you so let’s get straight to it.

In his debut over the distance, there was a fine win for Zak Seddon (30:05) at the Serpentine New Year’s Day 10k in Hyde Park in London, with the steeplechase specialist getting the better of Seyfu Jamaal (30:26) to take an early lead on the UK rankings for 2023. Having set lifetime bests at distance between 5k and the marathon in 2022, it was more of the same for Charlie Sandison as his 30:44 clocking for third improved his PB by 27 seconds. Annie Birch (36:03) was the quickest of the women racing, with the top three completed by Nina Griffith (36:16) and Rose Penfold (36:54).

How do you know it’s New Year’s Eve? When the famed Nos Galan Road Races are taking place of course. The event made a welcome return after a two year absence due to COVID; however, less-than-ideal wet and windy weather meant the usually fast course was less so this year. The front of the men’s race was a close affair, with the top three separated by just five seconds; Lloyd Sheppard-Brown (14:53) getting the better of Larry Ryan (14:55) and Alex Jacobs (14:58). It was a more clearcut victory for Kate Drew in the elite female race, her 17:20 sixteen seconds clear of Lauren Cooper (17:36) and Caitlin Jones (18:24).

Sticking with the same distance and the first of a number of visits in 2023 to Barrowford in Lancashire for the Podium 5k. Known for its speed after Beth Potter clocked 14:41, faster than the WR at the time, back in April 2021. This time around it was the turn of Olivia Mason (16:40) and Conan Harper (14:39) to take the spotlight, with both revising their PBs in the process, formerly 16:50 and 14:46 respectively. Not a bad start to the year. Eleanor Bolton (16:52) was not far behind to cross the line second female, with Lucy Elms (17:44) third and going under 18 minutes for the first time, whilst Grant Cunliffe (14:44) and Thomas Hodgson (14:58) were just shy of their lifetime best in second and third amongst the men.

On the East Coast, the Cleethorpes New Years Day 10k provided a good start to the year with race wins for Matthew Bowser (30:59) and Sophie Wallis (34:40). Both were down on their lifetime bests set last year, although if the wind was anything like in South London this morning, that is more than understandable. It was a commanding win for Sophie, finishing over two minutes clear of Natalie Burns (37:02) and Heather Hann (37:16), whilst the remaining spots on the men’s podium were taken by William Strangeway (31:19) and Daniel James (32:49).

My favourite race description of the weekend goes to the Huncote Hash 10k, a multi-terrain race in Leicestershire that, according to its website, sees athletes take “the odd skirmish into the stream”. The water provided no obstacle for Sarah Horner (43:29) and Tom Whitmore (38:54), with the pair crossing the finish line first. Lachlan Finch (39:21) and Megan Ribton (44:08) took respective second places, with Jacob Kench (40:52) and Valerie Spezi (47:15) third.

Ending the Year with 26.2 Miles

Fast forward a couple of days and we get to the Phoenix Zico-thon. I must be honest, I haven’t entirely got my head around the concept or name, but athletes were able to run as far as they can, or wanted to go, within six hours, with measured times for the half marathon and marathon distance. Clare Bartlett (1:57:45) and James Whitworth (2:03:37) clocked the fastest times for the half marathon, with Mike Bisson (3:42:27) and Danielle Enwright (4:09:26) doing the same for the marathon.

There are a number of historic races that take place in the run up to New Years, with three featuring British athletes this year. Don’t quote me, apologies if there were more that I have failed to find!

In Utrecht in the Netherlands, Mahamed Mahamed ended his 2022 on a high with a commanding win – over half a minute – at the 40th edition of the Sylvestercross Soest (34:49), with Swedish international David Nilson second and Dutchman Tom Hendrikse third. It continues a fantastic cross country season for the Southampton athlete after a win at the Cross Challenge in Milton Keynes and a twelfth place finish at the European Cross Country Championships. In Barcelona, Gemma Kersey (16:22) finished eight at the Cursa Dels Nasson 5k, a time that matched her best from 2022 and just two seconds off her PB. The race was won by Ejgayehu Taye in a time just two seconds shy of her own World Record (14:21). If you’re interested, finishing second, Konstanze Klosterhalfen broke the German National Record with 14:52 whilst Adisu Girma was the fastest male (13:25). Meanwhile at the BOclassic 5k in Bolzano Italy, there was a tenth place finish for Team New Balance Manchester athlete Izzy Fry (16:27), spookily also matching her best time from last year, with Dawit Seyaum (15:33) the overall winner.

The post New Year, New Round Up appeared first on Fast Running.