Kicking off the Commonwealths – weekend roundup 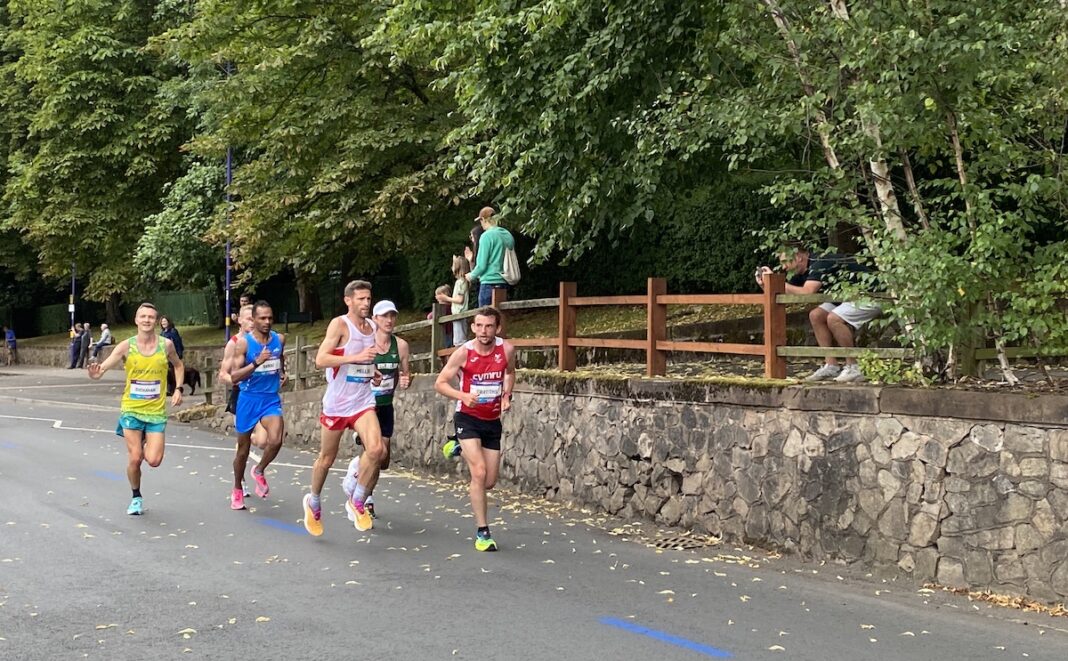 If you thought there might be a quiet week in the gap between the World Championships and Commonwealth Games, think again says James Rhodes

The world’s best athletes (and, at least in my case, one fan-writer-photographer) may be recovering and recuperating before getting ready to go again in Birmingham next week, but there has been plenty of other action to bring you from the track and roads across the country.

You may have until Tuesday to wait for the track action to begin at the Commonwealth Games, but the streets of Birmingham played host to the marathon races on Saturday. The fields may have been slightly depleted as a result of the congested road racing calendar this summer and autumn, but they still brought about fascinating races.

After taking bronze at the last two editions, there was a tactical masterclass from Jess Stenson in a case of third time lucky to become Commonwealth Champion. With a fairly large group running together for the first half of the race, the Australian patiently led and put in surges in pace during the second half, with the leading pack slowly whittling down to three. Her strength persevered and with about six kilometres to go she found herself running solo at the front. Her time (2:27:31) demonstrates the difficulty of the undulating and twisting course, but takes nothing away from the monumental effort. She finished ahead of Kenyan Margaret Muriuki (2:28:00) and reigning champion Namibian Helalia Johannes (2:28:39) who took the silver and bronze medals.

Making her major Championship debut, Clara Evans was the leading Brit with a ninth place finish (2:38:03). The Welsh athlete, as she said in her post-race interview BBC interview, was pleased with her performance and the strong crowd on the course. The sole English representative Georgina Schwiening (2:40:09) went out strongly and was the leading British athlete before fading a little in the final 10km finishing eleventh. Natasha Cockram (2:40:18)  twelfth after falling back from Evans and Schwiening after half way. The Isle of Man’s Sarah Webster fourteenth (2:51:53).

A large group worked together early in the race. Photo: Tom Craggs

Ugandan Victor Kiplangat (2:10:55) was victorious in the men’s race, with the podium completed by Alphonce Simbu of Tanzania (2:12:29) and Kenyan Michael Githae (2:13:16), the latter a travelling reserve who was a last minute addition to the field after an administration error denied 2:05 marathoner Eric Kiptanui his place on the starting line. After leading for much of the early stages of the race, Australian Liam Adams finished fourth (2:13:23), a one place upgrade from his finish four years ago.

Finishing sixth after moving through the pack in the second half, Jonny Mellor was the leading Brit home as the sole English representative (2:15:31). Mellor worked in a group including the most of the other home nations athletes with Stephen Scullion a little further in front. As the group broke up Mellor managed to stay consistent with even splits for th first and second half of the race. He was followed by Northern Irish duo Kevin Seaward (2:16:54) and Stephen Scullion (2:17:51) in ninth and tenth ahead of Welshman Dewi Griffiths (2:17:58, eleventh). IOM athlete Ollie Lockley strutted with stomach issues from early in the race and finished 14th in 2:25:52. Gibraltar’s Arnold Rogers was 16th in 2:37:11.

Plenty has been happening domestically on the track this week. Tuesday’s Trafford Grand Prix continued its tradition of delivering competitive conditions for athletes, with the highlight of the evening being a PB for Ciara Mageaan, the Irish athlete improving her 800m best by over half a second to 1:59.03 less than a fortnight out from the Commonwealth Games. Ben Brunswick (1:50.73) was the fastest male, running his fastest race over two laps of the season. Raif Serif (3:57.81) was one of three athletes to run under four minutes in the 1500m, joined by William Tighe (3:58.45) and Ethan Brady-Jones (3:58.67), the latter recording a PB. Sabrina Sinha was the fastest female with 4:17.13. Emma McColm (9:33.34 PB) and Cameron Reilly (8:34.77) were quickest in the evening’s 3000m races.

PB was the word of the day at Wednesday’s ever-popular Watford Open Graded Meeting, with both Holly Dixon (9:24.30) and Luke Birdseye (8:22.42) improving their bests over 3000m. There were no PBs for Lloyd Kempson (3:55.48) and Maisie Grice (4:20.43) in running the fastest times over 1500m, the latter a few days before taking gold at the England Athletics Championships in Bedford in the steeplechase.

Speaking of the England Athletics Championships, these are taking place as I type with a number of finals yet to take place. However, a couple of finals took place during the first day of action, including the men’s 5000m where Daniel Bebbington (14:46.49) got the better of Jack Gray (14:48.13) and Kieran Reilly (14:58.31).

At the British Milers Club Regional Races in Exeter, steeplechase specialist Phil Norman stepped down in distance to the 800m as he looks towards next month’s European Championships in Munich, clocking an impressive 1:51.50 less than one second outside his best for the distance. U15 athlete Freya Woodhead (2:17.04) also ran well as the quickest female, although two seconds shy of her PB set this year. Innes Fitzgerald (4:19.35) and Nathan Brown (4:05.63) clocked the speediest performances over 1500m.

With many athletes focusing on the summer’s major championships there has been less track action to bring you from across Europe. However, there was a 1500m PB for Adam Fogg (3:37.96) at Pfungstadt in Germany whilst both Elliot Giles and Piers Copeland ran over the same distance at the Folksam GP in Sweden, clocking 3:38.54 and 3:40.31 in second and fifth respectively as they tune up for next week’s Commonwealth Games. Whilst most athletes have now left the US, Gemma Finch raced over 800m (2:03.98) at the Ed Murphy Classic in Memphis.

The latest City Airport Sale Sizzler 5km was won by Mohamed Abshir in 14:56 a second ahead of Thomas Charles in second. Sarah Dufour-Jackson took the women’s win in 16:52 from Laura Hesketh in 16:58. Jonathan Thewlis (15:05) and Jordan Matthews (16:38) were the winners at the Bristol & West South West PB 5km.

The ever popular Black Knight Charge 6 Mile Trail Race was won by David Barratt in 33:19 and Sophie Wood in 37:34, the latter just missing out on Sarah Tunstall’s course record.

There was an impressive run from Sioned Howells (37:17), at the Tenby 10k, her time seeing her finish sixth overall in a race won by Jamie Parry (35:14). Halving the distance and it was Darcy Bowen (22:11) and Scott Sparkes (19:37) who took the honours at the Ipswich 5k Summer Series.

50 Fall Bulletin Boards and Doors for Your Classroom