From 200m to 430km, Irish athletes show some range 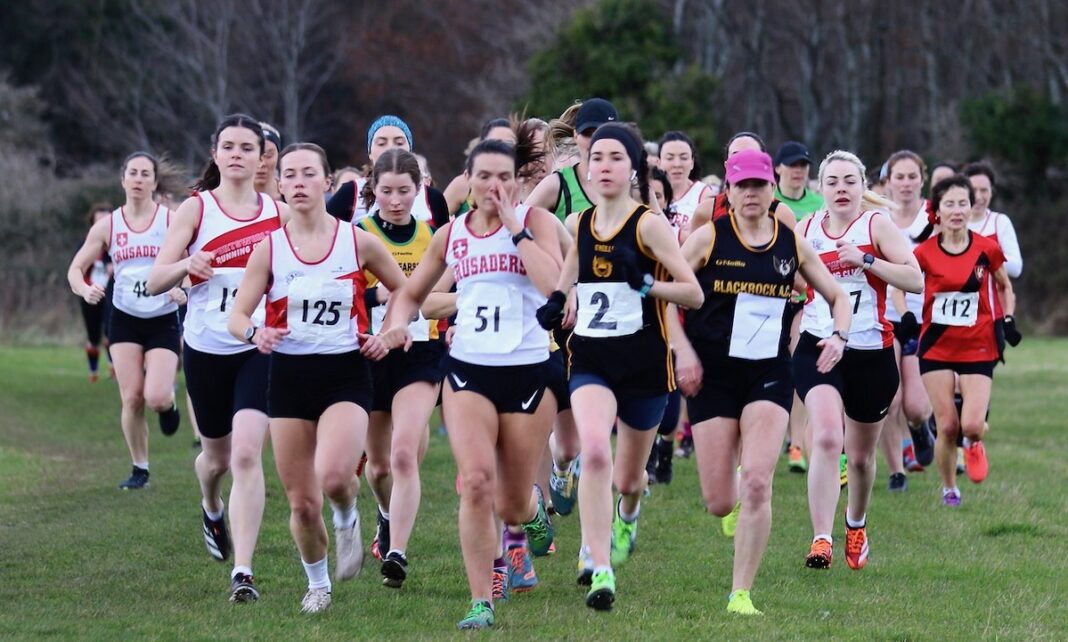 Irish round-up regulars and a new Irish name on the podium at the Spine race in the UK. Lindie Naughton reports on all the action, with even some sprinting included this week.

Mick Clohisey of Raheny Shamrock AC was a comfortable winner of the Ferrycarrig 5-Mile in Co Wexford on Sunday (January 22).

Clohsiey had almost two minutes to spare on the chasers when he crossed the line in 24 mins 51 secs. Second in 26:24 was Denis Whelan of Slaney Olympic AC while third in 26:47 was Sean Doran of Clonliffe Harriers.

Clare Barrett of DMP AC was first woamn in 29:59 followed by Katie Wilson of Wexford Marathon Club in 30:52 and Clodagh Kelly of Croghan AC in 31:27.

Irish marathon champion Martin Hoare of Celbridge AC won the Ballyroan 10-mile in Co Laois, also on Sunday. Hoare proved the class of the field winning by a massive three minutes in a time of 51 mins 28 secs. Mark Walsh of Leevale AC was second in 54:28 and Peter Mooney of Na Fianna AC third and first M40 in 56:44.

First woman was Laura Buckley of Dunboyne AC in 60:01. Sharon Cleere of Thurles Crokes was second in 64:43 and Louise Mahoney of host club Ballyroad Abbeyleix and District AC third in 67:30. Winners of the associated 5km were William Kerr in 18:31 and Lisa Murphy Sweeney in 19:39.

Lizzie Lee back in flying form

Showing she was well recovered from a calf injury that has troubled her since October, Lizzie Lee (representing Apple) was a delighted winner of the IFF-Dupont 5km (Cork BHAA) at Little Island writes John Walshe.

Lee, using the race as a try-out before next Sunday’s Raheny 5-Mile – where Leevale AC are expected to field strong smen and women’s squads – finished in a time of 16:11. Second and third also went to Leevale athletes, Michelle Kenny (Dept of Education), 17:09, and Carol Finn (Carol Finn Physical Therapy), 17:35.

Tipperary native James Hayes (Dept of Education) and also a member of Cork Track Club notched up his first BHAA win, getting away from East Cork AC’s James McCarthy (Rooskagh Coffee Co) in the closing stages for an eight-second victory, 15:11 to 15:19.

Although regular BHAA winner John Meade crossed the line third in 15:22, he wasn’t registered so that prize went to Eric Curran (Merck) who finished four seconds further back.

For the first time, Cork BHAA were using used their recently purchased chip timing – a new and welcome innovation. In the current era of inflated entry fees, it would be hard to find better value than the unchanging €5 (registered) and €10 (non-reg) they continue to charge.

Jonas Stafford of Ashford AC in Co Wicklow finished a fighting third in the junior men’s 6000m at the CrossCup Hannnut in Belgium, a World Athletics Cross-Country Tour Gold event, on Sunday (January 22). Both Stafford and second placed Jacob Deacon of Britain were given a time of 19:29. Race winner in 19:24 was Luke Birdseye of Britain.

In the junior women’s 4500m, Louise O’Mahoney of BMOH AC finished fifth in 16:41, just ten seconds behind the winner Innes FitzGerald of Britain. One place behind in sixth place was Anna Gardiner of East Down AC in 16:46. Róise Roberts of North Belfast Harriers AC was tenth in 17:11, Avril Millerick of Youghal AC 14th in 17:24 and Claragh Keane of DMP AC 17th in 17:45.

In the women’s 8000m, Fionnuala Ross of Armagh AC was 13th in 30:06 and Fiona Everard of Bandon AC just one second behind for 14th. Lauren Tinkler of Dublin City Harries and Fiona McKenna of UCD AC were given the same time of 30:42 finishing 19th and 20th. Hannah Gilliland of Annadale Striders was 35th in 32:59.

Brussels in Belgium will host the European Cross-Country Championships next December.

At a more local level, Aoife Carroll of host club Sportsworld RC made it two from two at the Meet and Race women’s cross-county race in Tymon Park, also on Sunday.

In perfect conditions for cross-country, Carroll pushed the pace from the start finishing with a time of 12 mins 17 for the two mile course. Cristin Scollard of Blackrock AC was second in 12:34 and Sinead Tighe of Brothers Pearse AC third in 12:26.

In Ballyloughnane, at the third round of the Galway Cross-Country Series, Ger Hartnett was the winner on the long course (4.24km) in 15 mins 17.5 secs, with Sarah Hartnett first woman in 17:17.1. Winners on the short course (2.12km) were Darach Ó Conghaile and Sarah Egan. Over 150 signed up for the event.

* Two cross-country races scheduled for last Saturday fell foul of the weather. The NI and Ulster Intermediate and Masters Cross-Country Championships at Carndonagh Carn GAA Grounds will now take place next Saturday, January 8, while the EIR BHAA cross-country scheduled for Kiltipper Park is postponed until next November.

Joe O’Leary has taken joint third place in the brutal 432km Montane Spine race  from the Peak District near Sheffield to  Kirk Yetholm in the Scottish Borders. With British ultra runner Douglas Zinnis, he  finished in 96 hours 50 minutes 53 seconds.

As far back as 2017, O’Leary, from Killarney,  was taking on the big European trail races, finishing the 57km Trail des Dents du  Mid in Switzerland with a time of 8 hrs 40 mins 49 secs.

In 2018, he was first M40 in the 72km Slí Gaeltacht Mhúscrai, also running the Ballyhorua Trail Ultra and the Kerry Way Ultra that year. In 2019, he was in Italy for the 145km Sur les Traces des Ducs de Savoie, finishing in just over 28 hours, following that up with the Ultra Tail de Mont Blanc 171km in 2021 and then finishing first M45 at the Spine Challenger 108km last year – a good warm-up for this year’s longer race.

Defending champion Eoin Keith, who had set out on his eight ‘Spine’, was forced to pull out at Bellingham  after more than 320 kilometres of racing. Race winner was Damian Hall in 84 hours, 36 minutes and 24 seconds, which is a new men’s record for the course. Jasmin Paris holds the overall record with a time of 83 hours 12 minutes from 2019. Indoor performance of the weekend came not in the middles distances but from Rhasidat Adeleke of Tallaght AC who improved her own national indoors record when she ran a time of of 22.52 secs to win the women’s 200m at the Dr Martin Luther King Collegiate Invitational in Albuquerque on Saturday (January 21).

Adeleke’s winning time was more than three-tenths of a second faster than her previous record of 22.85, set in Albuquerque last February.

At the NIA, Abbotstown, Nicholas Griggs of Mid-Ulster AC provided the performance of the day in the fourth round of the Track and Field Live series on Wednesday evening (January 18).

Griggs, who is only 18, won the men’s 1500m after close battle with Sean McGinley of Finn Valley; Griggs clocked 3:46.17 and McGinley a personal best time of 3:47.86. The pair were members of the silver medal winning Irish U20 team at the European Cross-Country Championships in Turin last month, where Griggs took a memorable individual silver.

A close third in 3:49.08, also a personal best time, was Kevin McGrath of Bohermeen AC.

In the men’s mile, Shane O’Neill of Rathfarnham WSAF AC ran a time of 4:36.10 which is a Irish M50 record over a distance rarely run indoors.

In Kirchberg, Luxembourg, Georgie Hartigan of Dundrum South Dublin AC clocked a time of 4:18.85 to finish seventh in the 1500m at the CMCM Indoor Meet on Sunday (January 22).

In Iowa City, at the two-day Larry Wieczorek Meet, a thrilling men’s 3000m on Friday (January 20) saw West Waterford AC’s Michael Power out-sprinted for victory by his University of Tulsa teammate Scott Beattie with the pair given times of 7 mins 50.10 secs and 7:50.12. In fourth place was Cormac Dalton of Mullingar Harriers in a personal best time of 7:59:15.

I Want To Be The World's Strongest Woman | Inez Carrasquillo #shorts