Fast Times at Krkonošský Half Marathon 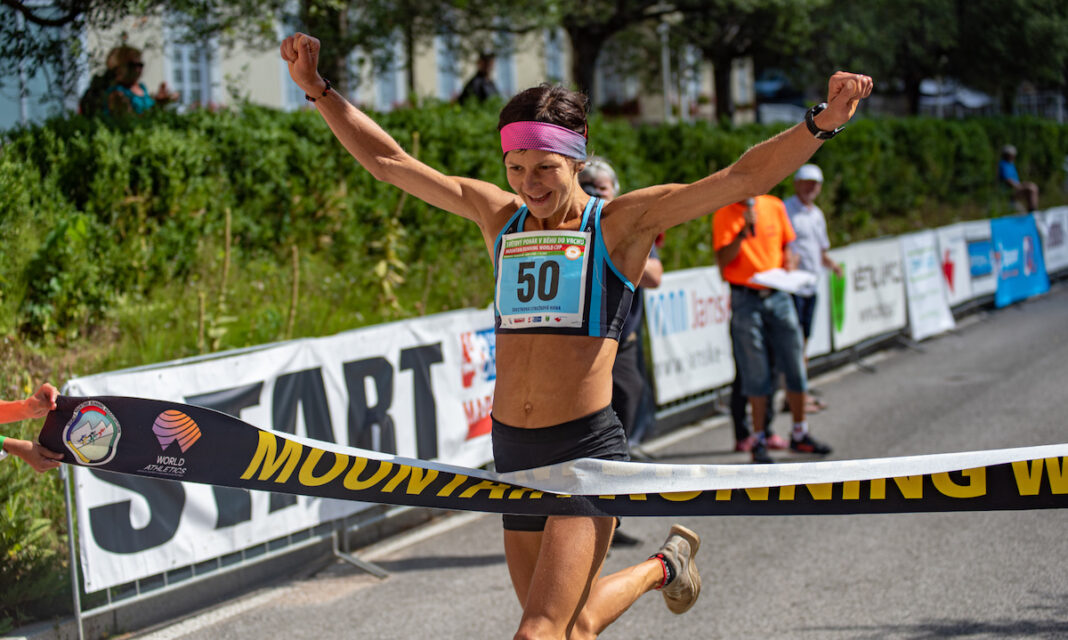 The town hosted multiple Masters and Under 18 championships over the years before the World Cup came to town last year, with Geoffrey Ndungu and Joyce Njeru coming away victorious. As it did in 2021, the 22km, 1,220m+ race, from Colonnade Square in the town centre to the forest trails around the peak of Černá hora and back again, also hosted the Czech long distance mountain running championship.

With last year’s Czech long distance champion Barbora Macurová unable to start due to illness, it was Hana Švestková Stružková who stepped up to claim the vacant title. She came into the race with good recent form; 3rd at the Czech Up and Down Championships in June, 10th at the European Championships in July. But her run here was a step up from either of those performances, posting a time of 1:47:58, over 2 minutes faster than last year’s winner Joyce Njeru.

Barbora Jíšová, a strong championship performer on the track for a number of years but a debutant in mountain running, also eclipsed Njeru’s time from 2021, coming into Colonnade Square in 1:49:32 to take second place.

For Stránská, the 12 World Cup points earned here combine with the 30 she won at Grossglockner Berglauf to more her up to 5th in the World Cup standings.

In the men’s race there was disappointment for Marek Chrascina. The multiple time Czech champion and World Championship medallist in 2019 was unable to finish, not yet fully recovered from the injury which kept him out of the European Championships.

In a field full of athletes with huge numbers of championship medals across a range of disciplines, it was a relative newcomer who prevailed. Matěj Zima, fresh from a period training at altitude in Livigno, Italy, took the win in 1:34:06. After 6th and 8th places at the national short course races in the last 2 years, the 24 year old found himself on the top step of his first championship podium.

By contrast, second place went to a seasoned campaigner; Vit Pavlišta’s silver medal is the 34th national medal in his collection, across road, track, cross country and mountain running. Third place, exactly one minute further back, was Viktor Šinágl in 1:36:00.

Tomáš Křivohlávek improved on his 2021 time by 9 minutes to move from 14th to 4th, while Ondřej Fejfar took a minute off last year’s time to finish 5th.

Sierre Zinal up next

The Valsir Mountain Running World Cup continues this weekend as elite athletes from around the world descend on the Swiss canton of Valais for the race of the five 4,000s, Sierre-Zinal.

Among the big names lining up at the iconic Swiss mountain race include course record holder Kilian Jornet, Brit Jon Albon and 2:08 marathoner (in 2022 no less) Hassan Chadhi.

The post Fast Times at Krkonošský Half Marathon appeared first on Fast Running.

How To Deal With a Friend’s Emotional Dumping