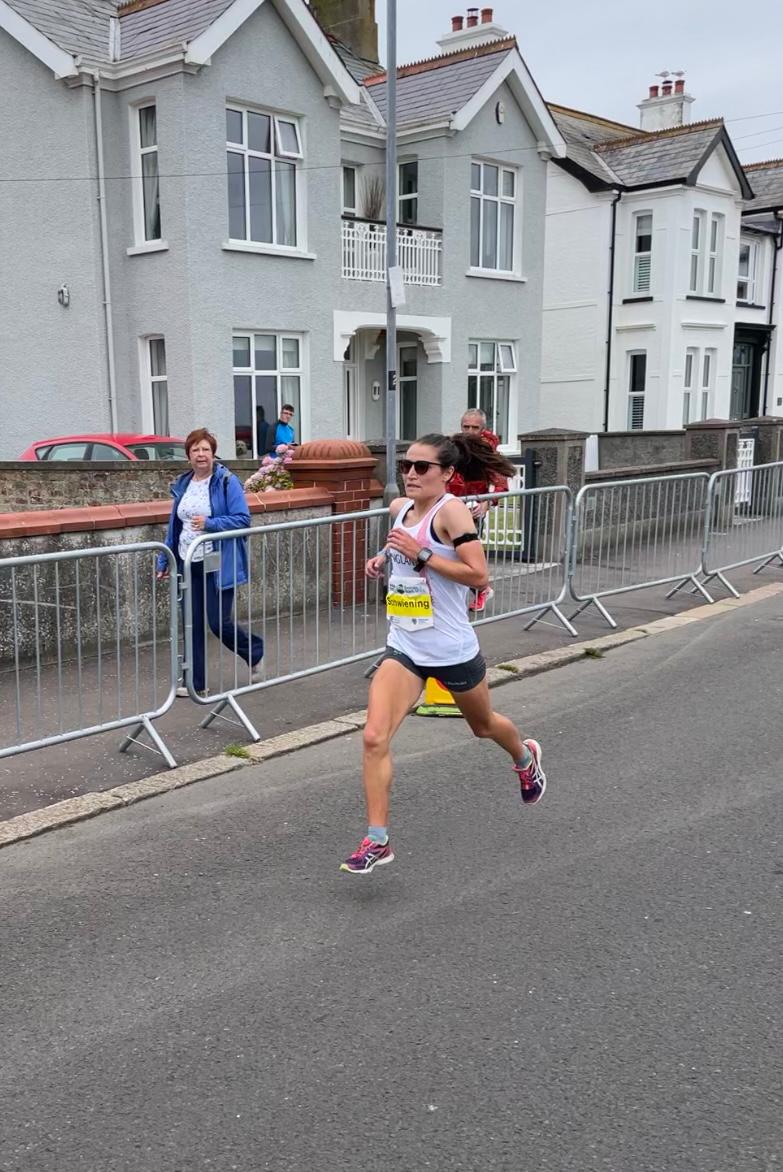 All eyes this weekend were on the Valencia Marathon, a course that each year grows its reputation for providing good racing conditions on a fast course. This year there was added intrigue with the debut over 26.2 miles of Letsebenet Gidey, World Record holder over 5000, 10000 and the half marathon. With a good track record (pun intended) in the Spanish city, there was an expectation for some people that a fourth World Record was a mere formality.

In the end, that didn’t play out, with the Ethiopian running for much of the race behind WR schedule but intriguingly joined by compatriot Amane Beriso. The 30km split, however, put the duo a few seconds ahead of Brigid Kosgei’s 2:14:04 pace, and it became a guessing game of at what point Gidey would make her move. However, much to the surprise of those watching (and commentating!), it was in fact Beriso who moved ahead and into a lead that she would not relinquish, crossing the line in 2:14:58, the third fastest time in history and an over five minute improvement on her prior best. Gidey rallied to finish second, crossing the line in 2:16:51 – the fastest debut in history.

It was an excellent day for British female marathon running, with Natasha Cockram and Georgina Schwiening making considerable improvements to put themselves into the top ten all-time British lists.

Natasha Cockram, who set her previous PB at last year’s Olympic Trials in Kew Gardens, improved her own Welsh Record by over three and a half minutes to 2:26:14, moving her to sixth on the UK AT list behind Radcliffe, Piasecki, Yamauchi, Purdue and Marot, quite some company.

Behind her was an equally if not more impressive run by Georgina Schwiening, running consistent 5:35 mile splits throughout the race to record 2:26:28, seventh on the AT list behind Cockram and over five minutes faster than she has ever run before over the distance. Both were easily inside the qualifying standard for next summer’s World Championships in Budapest.

The limelight in the men’s race went to another debutant, with Kenyan Kelvin Kibiwott running extraordinary negative splits, including a 60:15 second half to clock 2:01:53, becoming the third fastest marathoner behind Eliud Kipchoge and Kenenisa Bekele.

It was great to see Derek Hawkins return towards his best form with 2:13:14, less than 25 seconds shy of his PB in his first marathon in three years. Behind him was an excellent debut for fellow Scotsman Adam Craig with 2:13:58.

As someone who’s running heart sits with the track first and foremost, it is exciting to be able to write that this weekend also saw the start of the indoor season! Across the pond in Boston, Neil Gourley had a fantastic outing over 5000m at the Sharon Colyear Danville Season Opener, improving his lifetime best to 13:16.24; that time moves him to fourth on the UK all time list indoors, behind Marc Scott, Sam Atkin and Mo Farah. There were also good runs over the same distance by Scott Beattie (13:32.38) and Charles Wheeler (13:34.84 PB). PB was also a reward for Elise Thorner and Maisie Grice over 3000m, with the steeplechasing duo revising their bests to 9:17.51 and 9:24.74 respectively.

A crisp morning in Battersea Park played host to the British Masters 5k Road Championships, with athletes ranging from the 40 to 85 age groups taking to the fast two lap course in search of a medal or personal achievement. Running solo from the start, V40 Andrew Davies (15:01) was the fastest of the field followed by a close battle between Jack Nixon (15:12) and Chris Loudon (15:14). Amongst the women it was Elizabeth Renondeau (17:50) who took the plaudits ahead of Zoe Doyle (17:57) and Niki Densley (18:06).

Moving to the south coast and the Victory 5 in Portsmouth, which saw the same time of 23:57 given to Josh Grace and Jonathan Cornish. I often use the words “close finish”, but I think that it is a deserved usage for this five miler! It was clearer in the women’s race, with Tessa McCormick (27:19) finishing almost one minute ahead of Emily Wicks (28:17).

There’s been plenty of racing on the trails and mud as the cross country season continues in full swing.

It’s hard to avoid sounding repetitive when describing who has crossed the finish line first in XC races, so I have tried to keep it short and sweet.

Thomas Sycklemoore won the Hampshire League at King’s Park in Bournemouth by a commanding 30 seconds, with a much smaller margin of victory for Helen Hall at the same venue. Rebecca Murray and Harry Brodie won the senior races at the Chiltern League, with Joseph Tuffin taking the Birmingham League. Claire Frankland and Samuel Moakes took the senior races in the North Midlands League at Shipley Country Park, with the Red Rose League going to Bethany Reid and Grant Cunliffe.