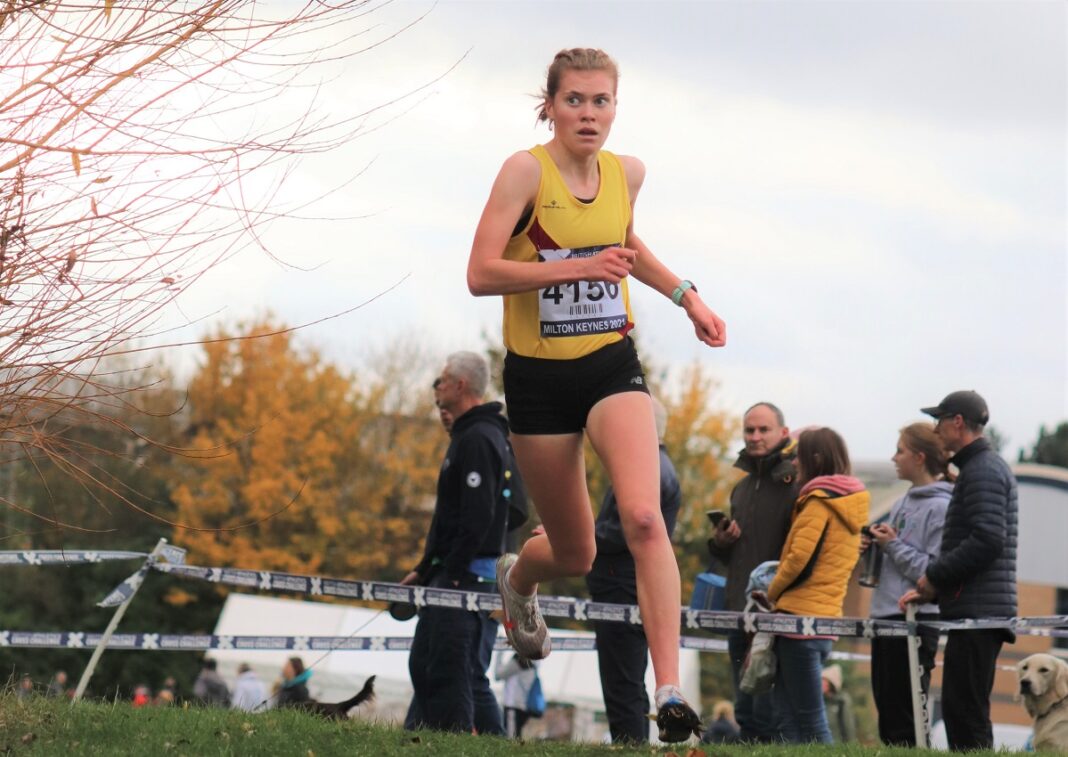 Another week, another set of fast outings on the road, trails and track. As per usual James Rhodes has covered all the action for you. Let’s get straight to it!

A strong British contingent headed to the CrossCup in Hannut, Belgium – part of the World Athletics Cross Country Tour – and delivered some excellent performances.

There were British wins in both junior races (men over 6k, women 4.5k), thanks to Luke Birdseye and Innes Fitzgerald. Fitzgerald (15:31) finished precisely one minute ahead of compatriots Rebecca Flagerty (16:31), Sophie Nicholls (16:34) and Hattie Reynolds (16:41). Poppy Craig-McFeely (17:13) and Annie Mann (17:21) were eleventh and twelfth respectively.

Cross Country Closer to Home (which depends where you live)

The famed Parliament Hill course hosted the Middlesex County Centenary Championships on Saturday. It was a good day for Thames Valley Harriers, as they took both senior titles alongside the women’s individual. The latter came via Alex Mundell’s impressive 30:28 for the 8k course. This saw her finish 40 seconds ahead of clubmate Kosana Weir (31:08) and Harrow’s Eilish O’Grady (31:19).

In its first of two appearances this weekend, Heaton Park hosted the South East Lancashire Cross Country League on Saturday. Bethany Reid of Chorley AC was first in the senior women’s race, thanks to a time of 29:33. A 15 second margin provided East Cheshire’s Joe Hudak with the win in the senior men’s competition.

Race 3 of the PECO League in Yorkshire took place at West Park / Becketts Park, with guest athlete Dan Garbutt finishing ahead of Valley Striders’ Marcos Valero in the men’s race. Sarah Kemshall of St Theresa’s AC crossed the line over 30 seconds clear of the rest of the women’s field.

Closer to his home, not ours, Fast Running editor Robbie Britton made his annual outing on the cross country and finished 21st in the Piedmont Regional Champs. A 90 second improvement on the same course from last year there is debate in the Fast Running virtual office as to whether that is due to Tom Cragg’s coaching or my advice on cross country spikes. No time for smiling on the last lap with a sprint incoming for the 24hr runner. Photo: Natalie White

After victory at last month’s Tilli 10k, Robbie Simpson continued his winning streak at Sunday’s Farnborough Winter Half Marathon. The Commonwealth Games marathoner clocked 65:23 for his fastest HM since February 2020. Behind him was a lifetime best for Daniel Mulryan (65:39), his first half since 2017, with Alex Pointon third (67:04). Thirty seconds separated the top-three women, with Hannah Pullen (78:35) finishing ahead of Kelly Edwards (78:59) and Lauren Cooper (79:05). Rebecca Sleap (17:40) and Ross Wallingford (16:42) won the associated 5k.

It was not the only half marathon of the weekend, however. I imagine there was a sigh of relief for Matthew Chipping at the Inskip Half Marathon. Not only he took the win, but his chip time (69:59) saw him just inside 70 minutes. Jonathan Edwards (71:09) and Dan Edwards (76:59) completed the top three. The title of fastest female went to Hannah Butcher (92:08), finishing clear of Jackie Price (94:52) and Heather Morton (96:16).

RunThrough, meanwhile, was in action in London and Manchester. In Regent’s Park, Kate Axford (17:26) was victorious in the 5k, but the men’s result I am less sure on. Unless Harry Rumble, absent on Power of 10, ran 13:53, in which case I apologise! Otherwise it was Sam Dodd (18:00) who should take the plaudits. Brendan Murphy (34:09) and Bianca Grotepass (41:48) capitalised on the excellent conditions in the capital (pun intended).

Round-Up of the Road Round-Up

Run over 48 miles from the Suffolk border to the North Norfolk Coast, The Peddars Way returned on Saturday. This year it was the turn of Iain Ward (6:24:21) and Juliette Watkinson (6:35:14) to record wins, the latter finishing third overall.

There were wins for Georgia Wood (65:18) and Aidan Daniel (54:21) at the Slaughterford 9. Second place finishes were set by Alex Hammond (56:26) and Heather Fell (66:19). Fun fact – Heather was the silver medalist at the Beijing Olympics in the Modern Pentathlon! He may now be best known as a coach, but Steve Vernon (24:15) showed his racing instinct remains intact with a near-two minute margin of victory at the Alderley Park 5 Mile Trail Race. Eli Kirk (27:09) was the fastest woman ahead of Beatrice Cordingly (28:04).

As is customary for my mid-January round ups, I end with some indoor results from the US. Rarely run indoors, this weekend saw the first entries to the 5000m rankings for 2023. They were set by Tom Heal (15:03.04) at the Carolina Challenge and Sebastien Vicary (15:30.28) at the Panther Invitational.

Closer to home was an excellent season opener for Jenny Selman at the Scottish Athletics National Open. She clocked 2:02.70 for 800m, just half a second outside the European Indoor Champs qualifying time.

Do You Drink Oat Milk? 5 Health Pros and Cons