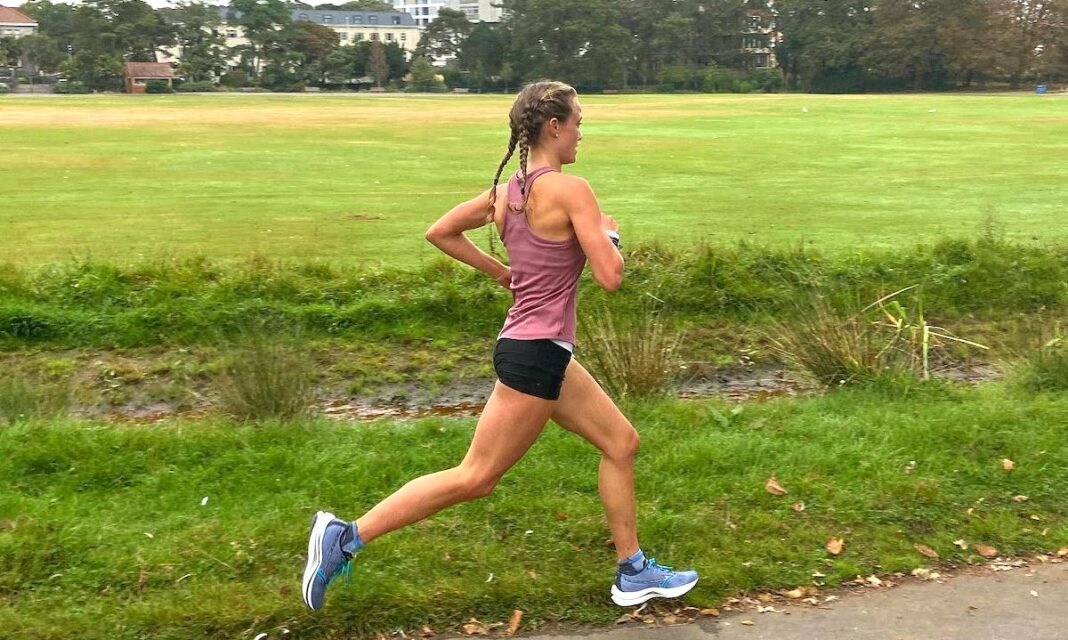 Matt Long encourages you to diversify your use of parkrun

It’s become a Saturday morning British institution and long may it continue. ‘Recreational’ is at the heart of the parkrun ethos of which there are currently 772 locations across the country, with a staggering 2 and a half million of the population having completed at least one of them.

As a reader of this online magazine, you won’t need me to remind you that at the proverbial ‘sharp end’ there are some pretty impressive performances being clocked by those who would most certainly not fit the label of the ‘recreational’. Many GB athletes have periodically used parkrun, two of whom are female and male record holders in the form of Charlotte Arter (15m49s) and Andrew Baddeley (13m48s).

As a coach, I regularly converse with the athletes whom I work with and encourage them to think about extending their microcycle of training from the traditional seven day week to between nine and eleven days- so they can get more of a variety of training ‘food’ on a bigger ‘plate’ to use an analogy (Widening the Load. Fast Running. January 5th). This being said in taking an athlete centred approach this is not always right for the individual concerned and one of the stumbling blocks is when athletes tell me ‘I don’t like to miss my Saturday parkrun’.

Of course the attachment to this kind of routine is understandable and has benefits but what I have noted in my own ethnography of coaching and participation as a recreational runner myself is that too many club runners who would also reject the label of the ‘recreational’ often don’t have a clear idea as to why or how they will run their weekly 5k at 9am with any great degree of conviction. Comments like ‘I’ll see how I feel tomorrow morning’ or ‘I will take it as it comes’ are commonplace.

This is not to be confused with the kind of ‘run to feel’ philosophy which is healthily advocated by fans of ‘The Lydiard Way’ amongst others, where an obsession with splits is rightly challenged in favour of more of an intuitive feel of pace according to perceived effort. If you don’t know what you want to get from your park run or why its in your routine, I posit that its likely you will end up effecting a ‘nothing’ kind of run, where the 5km is not fast enough to be a time trial; too fast for a tempo run or too short for a recovery run and so on.

Of course there will be those amongst you who may report that you can do no other than to ‘race’ your weekly parkrun. Without being pedantic, it would be more accurate to describe your weekly all-out effort as a time trial rather than a race.

On the face of it there are many benefits to using the 5km (or thereabouts) parkrun as an under distance time trial especially if you are aiming for a fast 10k for example. This being said, if you do this week in week out you will likely find that after 6-8 weeks any chance of improving that course PB disappears as you begin to report feeling ‘stale’. This is because your lactate energy system can only be stressed for a relatively short number of weeks before you ‘peak’ and need ideally to back off speed endurance as a mode of training and regress lower down the pyramid to aerobic base building once more. You have in effect been to the ‘well’ once too often and found that there is no water left.

Rather than feeling that you must therefore not do parkrun every week, if this has become as routine as your weekly Sunday roast, you may be encouraged to stick with it but to consider diversifying the way in which you approach it. Below are just four of the ways in which the athletes whom I work with diversify their use of parkrun.

1. The ‘under distance’ time trial

So you ‘race’ parkrun most weeks and you are one of those athletes who is naturally competitive and who can’t ‘Take It Easy’. One of the things you may consider doing is to effect a 3km or 1 mile time trial at parkrun by ‘racing’ from the get-go and then easing off to a steady jog round the rest of the course. This is a great way of then being able to time trial the full 5k parkrun distance periodically. As a coach to a large demographic of road runners, I find that many are much more willing to time trial over 3k or a mile at parkrun whereas the thought of entering a track 3,000m or 1,500m sends shivers down their spine.

2. The middle section of a long run

One of the things athletes I work with sometimes report is feeling ‘bored’ by the traditional long, steady, distance run. For these athletes I encourage them to consider using parkrun as the middle section of their long run. They find a parkrun to run to and from and they continue to run gently and aerobically at a ‘chatty’ pace in the parkrun component of their line run. Many report that they feel more motivated to complete the long run because firstly they have somewhere to run to and get home from and secondly they can run at a conversational pace with many othersrunners.

‘Tempo’ befuddles many because it goes by a number of names – ‘steady state’, ‘LT1’, ‘threshold running’ and ‘lactate running’, being just some of them. The common definition involves a run at a prolonged duration of activity at 80-85% of your maximal effort (but take note to some tempo also refers to a harder effort working beyond lactate turnpoint…just to confuse!). As your body metabolises glucose, lactate as a by-product is produced. A tempo run increases lactate threshold, which is in essence the point at which lactic acid begins to build up significantly in muscles. In basic terms this mode of running may help you to run faster for longer. Jack Daniels once referenced tempo pace in qualitative terms as ‘comfortably hard’, whilst esteemed running coach Kevin Beck offered the analogy of ‘holding your hand above the flame’.

So it is possible to use parkrun as tempo if one fully understands its conception and not just as a generic term of some kindly of vague ‘fast-ish’ kind of run. This being said the competitive amongst you may struggle to hold back in which case your tempo should be effected away from parkrun.

4. The Tempo Component within the long run

The famed Italian marathon coach, Renato Canova (1999) had much to say about the value of ‘fractional’ and ‘variational’ running and this was recently unpicked in these pages by Rio Olympian and former world record holder, Aly Dixon.

By blocking the parkrun as tempo work in the middle of the aforementioned long run to and from the venue, one can effect what I term a ‘2 for 1’ session. The benefit of this is that not only does it ‘spice’ up the long run but it means the athlete has done two modes of session in one day. This worked for an athlete I support who realised that rather than doing tempo the day before her long run, she could do both in one session and give herself two easy days recovery rather than just the one before her next scheduled race.

1. How often do I effect a parkrun?
2. What are the potential consequences of using parkrun as a time trial week in-week out?
3. In what ways can I diversify my use of parkrun?
4. Why might under-distance time trials within parkrun be of valueto me?
5. When would it be appropriate to use parkrun as a component of a long run?
6. How might modes of tempo running be utilised at parkrun?

Matt Long served as an England senior team coach at the Birmingham 2022 Commonwealth Games Marathon Camp and Trials and is working at the England Athletics Commonwealth Games Development Camp this July. He welcomes contact for coaching support through mattlongcoach@gmail.com