All things come to he who waits 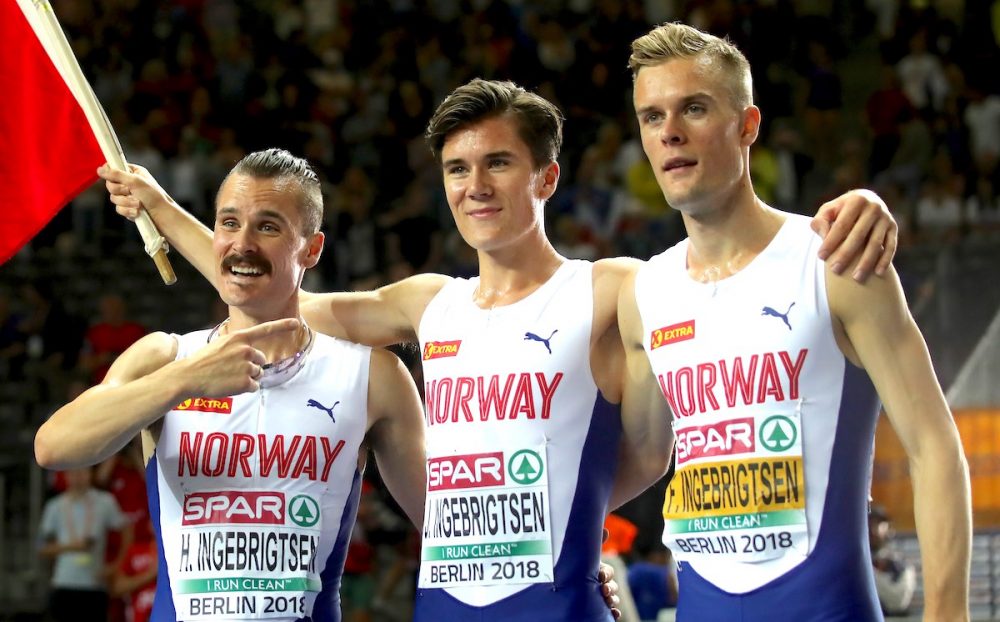 The clock ticks past 12m26s as the bell rings to signal the last lap of the Mens European Championship 5000m Final. A blue vested 21 year old Norwegian leads the field, with the Spaniard Mohamed Katir and the Italian ‘Yeman’ Crippa both giving chase.

With Crippa beginning to fade, momentarily the Spaniard draws level with around 160 metres remaining but the strain shows on his contorted face and down the home straight Jakob Ingebrigtsen turns a one metre gap into around 15 metres by the time he gracefully crosses the finishing line in 13m21.13s.

His 56 second last lap has proven to be enough to secure his third gold medal of the summer, his waving of a pointed finger surely being a signal to those who had written him off after he unexpectedly lost to a brilliant Jake Wightman in Oregon over 1500m.

If not a career resurrection, this was certainly a three pronged redemption which the Olympic 1500m champion had undergone in the days and weeks since 16 th July. He had proven the age old adage, that one does not become a bad athlete overnight.

Previously in these pages I explored the performative aspect of Jakob’s training in terms of the notion of the ‘lactate shuttle’ and traced this to the historical influence of Igloi and more contemporary practice of what has become known as the ‘Easy Interval Method’ (see Lok, 2019).

In this piece we regress down the pyramid of the Long Term Athlete Development Model and look not at Ingebrigtsen’s world class performances, nor even his focus on endurance as his event group.

Instead we go to the base of the pyramid and look and some of the principles which informed his fundamental and foundational development. To do so means we have to root our analysis in a sociological as well as a sporting context.

According to Ziegler (2022), one has to trace the philosophy of the Norwegian system back to their ‘Children in Sports’ initiative and which originated in 1987. The notion of ‘athlete-centredness’ runs like a golden thread through the documentation.

This participatory model where a multi-sports ethos is so obviously embraced is underpinned by an infrastructure whereby youngsters pay a nominal fee at clubs as they are lottery funded. In short, Norway is less market driven compared to some Western countries like the UK and the USA which are hell bent on making productive capital for shareholders by turning ‘leisure’ into a product to be bought, sold and consumed in market terms.

The result of this deep rooted ideology in Norwegian society has impacted on sport and Jakob himself once acknowledged that despite the perception that he was an early specialiser in track and field, the reality was much more complicated. With reference to his two older brothers he has pointed out that, “All of us have been doing football, swimming and running and a lot of different stuff, from an early age”.

In terms of success in performative terms, deferred gratification is chosen over immediate aggrandisement in Norway. This is a term typically referred to as ‘sport sampling’ or alternatively ‘sport diversification’.

Many other sports aside from track and field athletics are often quoted by parents as putting considerable pressure on athletes to specialise at an early age. Some coaches in our sport have reported that if their athletes don’t specialise in say endurance running, that they will almost inevitably be lost to another ‘rival’ sport.

Worryingly, Kearney et al. (2021) found that 31% of parents and 8% of coaches wanted their athletes to specialise in track and field by 14 years of age. Conversely, Blagrove at al: (2020: 2) point out that, “Young athletes should be exposed to a wide range of sports and physical activities during their adolescence; however, the priority should be placed on the development of rudimentary motor skills and muscular strength”.

If you are a young runner in your early to mid teens reading this the two guiding principles are (1) to do multi-sports at then [participatory not necessarily competitive level for as long as possible and (2) if and when you do choose to specialise in athletics keep on running, jumping and throwing for as long as possible.

As a runner you will need to retain an emphasis on jumping through plyometrics for instance and as a thrower, med ball work is great for strength and conditioning.

It is worth remembering that athletes in their senior careers often retain elements of the training they did across sports beyond athletes, when they were young. 1983 World 1500m champion, Steve Cram, for instance, famously warmed up before training with his coach Jimmy Hedley by kicking a football about and doing ‘Keepie Uppies’.

Beyond track and field, possibly the greatest fighter of the last three decades, Roy Jones Jr, regularly used to warm up for his boxing matches by playing basketball in his dressing room before making his ring entrances!

This leaves us with the following questions for self-reflection:

1. What might be the benefits of being a late specialiser in terms of my event
specialism?
2. In what ways can I retain a multi-sports ethos without over-risking injury?
3. How might a multi-sports ethos facilitate my running rather than act as a
detriment to it?
4. When and why should I begin to specialise in running?

Matt Long served as an England Team coach at the Birmingham 2022 Commonwealth Games Development Camp and is a former winner of the British Milers’ Club Horwill Award for outstanding coach education research.

The post All things come to he who waits appeared first on Fast Running.

Inside the Glass Houses of Hollywood Stars

How to Eat To Gain Weight | Foundations of Fitness Nutrition