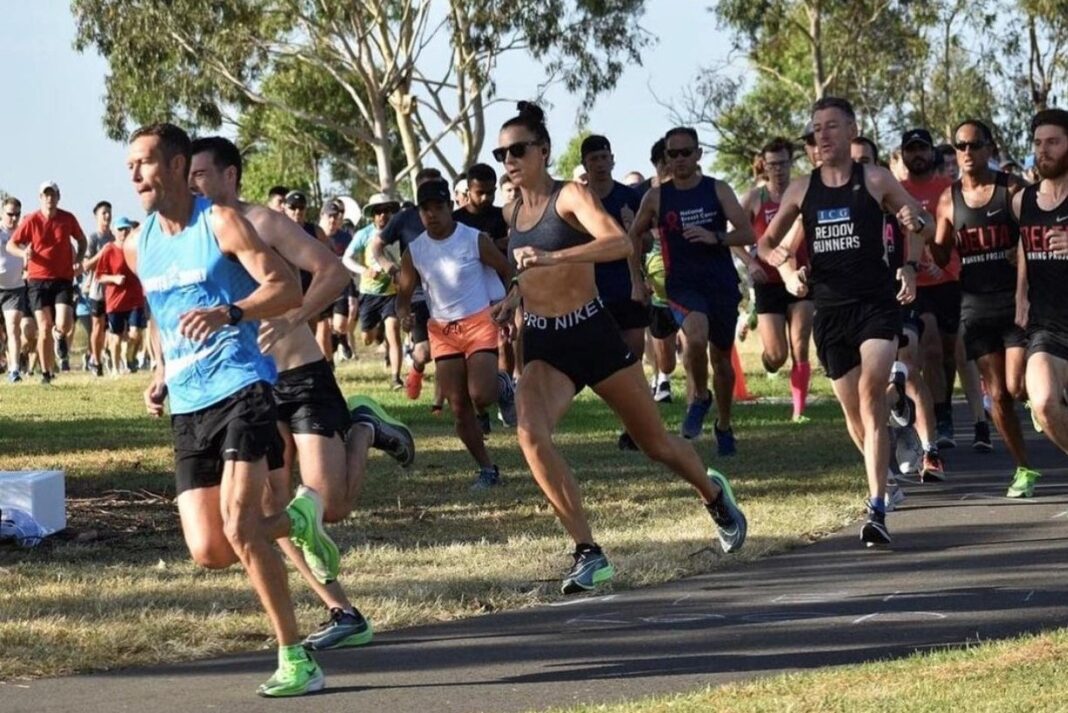 On a weekend when all eyes are on the London Marathon (and maybe some on Spartathlon in Greece), parkrun once again brings the heat. Not only do we have one of the fastest female runs of the year, but also a barcode-less effort that might well have been a parkrun UK best. But no barcode, no result! You have to play the game.

Jenny Nesbitt, the British international star with a huge range of endurance ability, clocked 16:04 at Cardiff parkrun. The wild thing is that’s not even the course record for the event (that belongs to Charlotte Arter). Only one runner has gone quicker for parkrun than Nesbitt in 2022 and on the track the Welsh runner has ran a PB of 15:17.39 for 5000m.

The fastest male was the only one under 15 minutes and it was another British international, Olympian and national steeplechase champion Zak Seddon. At the home of parkrun, Bushy Park, Seddon ran 14:58 in his first event of 2022 that wasn’t steeplechase or cross country. Given Seddon has run in the Commonwealth Games and European Champs this summer this might be eyes heading back towards the cross-country season to come.

Both the second and third females have previously been the top of the table in these rankings, one as recently as last week. Kirsty Longley loves a bit of park run and this weekend was no different with a 17:05 at Widnes parkrun following on from a V45 parkrun best last weekend at the same event.

Morag Millar has already broken 17 minutes for parkrun twice this year and 17:11 at Perth parkrun is her third quickest of the year. Twice, on the track, Millar has run under 16 minutes for 5000m with 15:51 being the quickest at the North Belfast Harriers Afternoon of 5000s.

Andrew Heyes, who ran the marathon for GB&NI at the European Champs this summer but suffered a little in the heat, was flying in cooler conditions this October day. 15:06 at Millhouses parkrun is a new course record (and the old one was only set 2 weeks ago). Given that Heyes ran 2:13:52 at Manchester Marathon earlier this year and would have gone through 5k under 16 minutes there, we don’t think this was an all out effort for the 13:46 man.

Ben Cole was another athlete at Bushy parkrun chasing Zak Seddon for the first finisher spot. Only 20 seconds back, and in a new parkrun best by four seconds, Cole crossed the line in 15:18. This goes nicely with his new 14:14 5k PB set at the Home Countries International 5K in August.

It looked like it might be a three way split with three events featuring twice, but Steph McCall pushed it over the line for Bushy Park with her 17:43 making it three runners featuring at the London park.

We heard on the grapevine there was another female runner under 16 minutes for parkrun at Long Eaton parkrun, with at least two runners marked as “unknown athlete” as they ran without a barcode. Next time we hope the excellent Samantha Harrison features in the rankings!