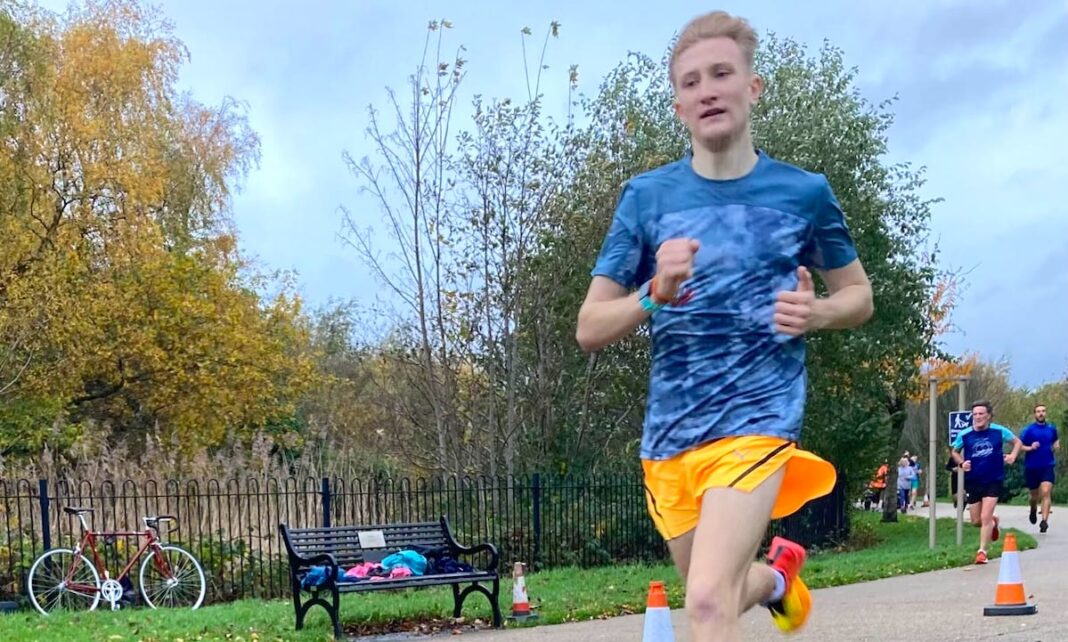 It was another bumper Belfast Victoria parkrun weekend. It required a double take when looking at the results, just in case we’d managed to jump back in time to a couple of weeks ago when the same thing happened then with Nicholas Griggs and Ben Branagh going toe to toe on a Saturday morning.

Young phenom Griggs went five second faster than last time, which in itself was a course record and fastest parkrun ever run in Northern Ireland. This week 14:10 was only four seconds quicker than previous course record holder Ben Branagh, who is also in fine form.

Big improvements in the female rankings too

It was a similar story for the women’s rankings, with Renee Walcott-Nolan flying around Dulwich parkrun in a blistering 16:03. The Tokyo 2021 Olympian has a 15:50 PB on the road, at Podium 5k in 2021, but this is a 46 second parkrun best, after running 16:49 at Mildenhall parkrun a few weeks ago and everyone having to put up with treasure puns in this report.

Just 14 second back from Walcott Nolan was Sophie Wallis at Doddington Hall parkrun. 16:17 is usually a time fast enough for the top spot, but this was no usual weekend. Wallis has just run a 10k PB of 33:24 at Leeds Abbey Dash, so a new parkrun best quicker than her 5k PB on the road is no surprise.

There were three women under 17 minutes this week and six men under 15 minutes, so it was a strong weekend for parkrun. Hannah Taunton ran 16:50 at Severn Bridge parkrun which is the first time under 17 minutes for the Tokyo Paralympian. Considering Taunton has over 200 first finishes at parkrun, it’s even more impressive to keep getting faster each year.

Sean Hogan of Poole Runners was the third fastest male in 14:47. Hogan held off strong competition from William Bryan, who ran 14:56. It’s a 30 second parkrun improvement for Hogan, but coming off the back of a 2:18:51 at London Marathon this October, itself a nearly 5 min PB, it’s no huge surprise!

Five runners from Belfast Victoria made our rankings this week so it takes the crown, but honourable mention to Southampton parkrun with three runners.