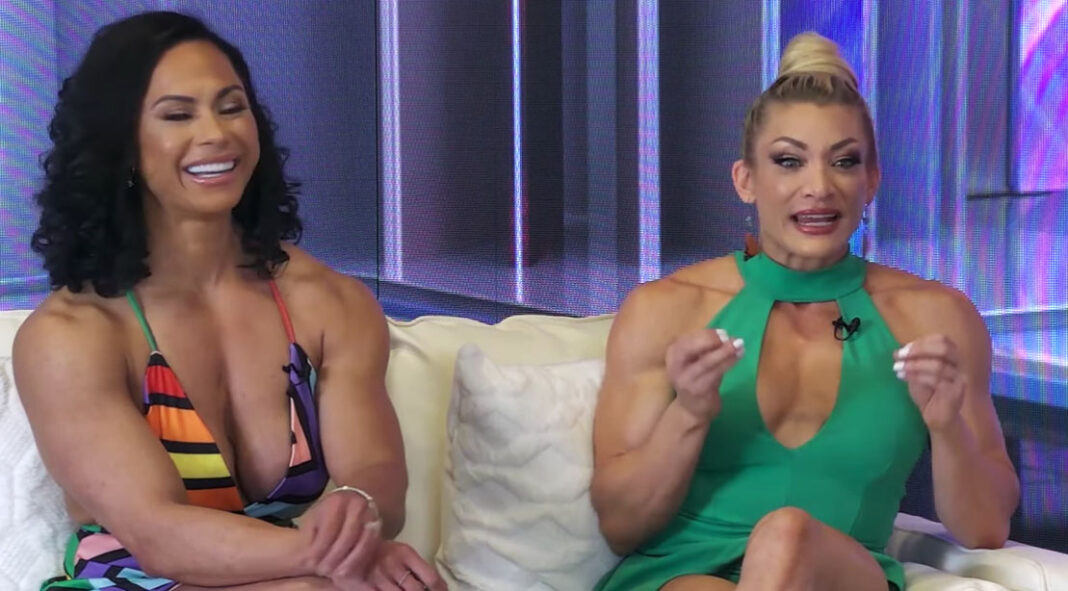 In the early days of bodybuilding, there were only male competitors. Eventually, women were invited to compete as well, but the growth on that side of the sport was far behind their male counterparts. Then came the Figure division. Once this division made it to the Olympia stage, there was a boom on the ladies’ side, and now some shows have more female competitors than male athletes.

Two of the most prominent competitors in the Figure division are Wendy Fortino and Jessica Reyes Padilla. They have become perennial Olympia athletes at this stage of their careers. Fortino was originally wanting to compete in Fitness, but she told Femme Flex Friday hosts Lenda Murray and Alina Popa that another legend inspired her to change divisions.

“When I discovered the sport, the first thing I saw was Monica Brant,” said Fortino. “When I saw her, I said ‘that’s what I want to look like.’”

Reyes Padilla joined the division in 2014, but her pursuit of competing came a few years earlier after her father passed away. She needed a way to channel her emotions, and she found that method in the form of training.

“I decided to go to the gym, and I put it on the weights,” the former model recalled. “When I started this, I fell in love with it.”

Even though they compete in the Figure division, many people that aren’t aware of the sport and various divisions may assume they are bodybuilders because of their development. Many athletes try to educate those that ask and clarify which they compete in, but Fortino accepts the question as a compliment.

“I’m proud to say it,” she exclaimed emphatically. Padilla agreed, and she explained why it’s a badge of honor for her.

“They notice the hard work we put in the gym, and sometimes they don’t even ask because they know,” she told Murray and Popa. Both competitors shared a lot more about their entries in the sport as well as other interesting topics you won’t hear anywhere else. Go to www.wingsofstrength.net to catch the full episode, and check back for new episodes every Friday at 6 PM Eastern time.

Why Kettlebell Training for Footballers Works