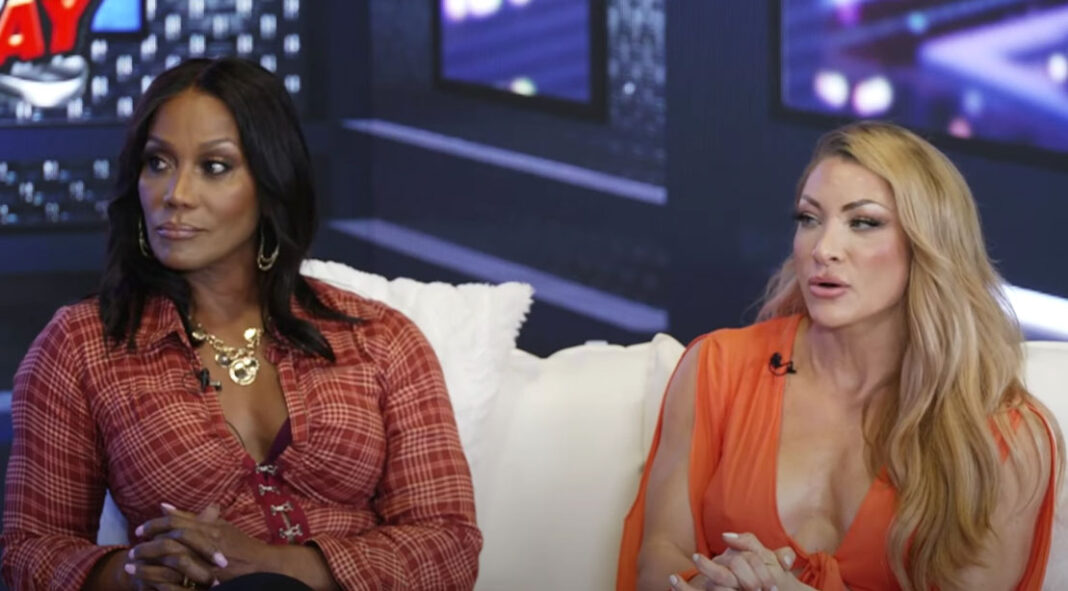 Many people get into training and working out to help improve confidence and health, but let’s face facts. Many others are just trying to improve the way they look to enhance their dating lives. They’re starting off correctly by committing to fitness, but the next steps after they meet someone is important as well.

Lenda Murray and Whitney Jones of Femme Flex Friday wanted to help out, so they had fellow IFBB Pros Wendy Fortino and Camile Periat on to discuss what you should do as well as what not to do.

After a video played of a guy suggesting that men ask women to help them record a video or assist with something (not spotting) in order to get her attention, Fortino disagreed with that approach.

“I truly wonder if this is advice that people have actually used successfully. I can’t imagine that would work successfully,” said Fortino. The rest of the panel agreed because of the lack of etiquette to ask someone to film you even though they are training as well.

Periat expressed that some women may already be concerned about getting hit on while they’re in the gym, so she suggested another option that may work out better for the interested party.

“The best thing to do if you’re wanting to get noticed by a female is just let her do her workout, and maybe over time make eye contact and catch vibes,” she suggested. Jones encouraged not to be so direct in your quest for attention.

“Subtle is underrated, I think, to some extent.”

The roundtable discussion covered a lot of ground, and the hosts want your insight as well. So, subscribe to the Wings of Strength YouTube channel, and share your opinions in the comments to the video. You can catch new episodes of Femme Flex Friday every Friday at 6 PM Eastern time. Don’t forget to follow @femmeflexfriday on Instagram as well.

What is Event-Led Growth? – Endless Events