Tony Roberts Has Become a Bodybuilding Jack of all Trades 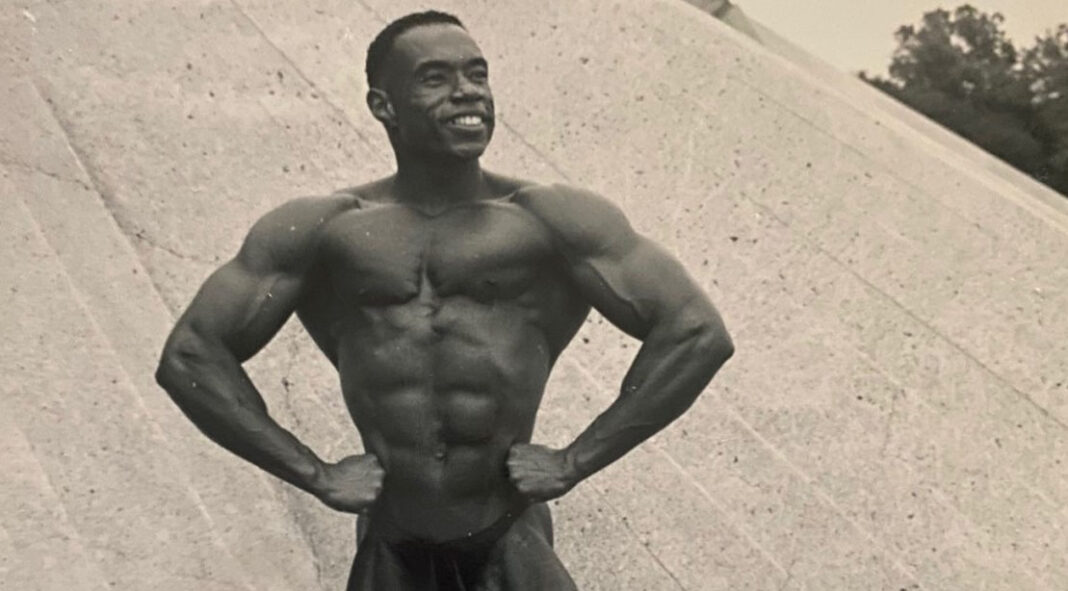 The IFBB Pro League is best-known for its athletes, and rightfully so, but there are many supporting players that help make contests run as smoothly as they do. Some of those people serve in multiple roles throughout the year at different points. You may not know their names, but the overall experience of being at a show is maximized thanks to these hard-working people.

One of those people is Tony Roberts, a man who wears many hats in the industry. The contest promoter, organizer, and expeditor can be seen at many shows, from NPC regional shows all the way up to the Olympia, where he has expedited the world’s greatest physique athletes since 2016. In his mind, the best way to know he did a good job is if you don’t notice he is even there.

“It’s an honor to be on that stage in any role. I said to myself ‘one day, I want to work that show,” Roberts said regarding his work at the Olympia every year. “But when you’re up there, you want to make sure the league looks good, the athletes look good, the stage is polished, and you just want to keep the show rolling.”

That mindset and professionalism can be directly connected to his service in the United States Army. The native of Nashville, TN, is a first-generation servicemember, but that doesn’t mean his family didn’t inspire him to join. He made the decision to join the military because he didn’t want to burden his mother to help him get through college.

“I actually had to get my mom to sign for me because I was still in high school,” said Roberts, who was 16 years old at the time. “We did not have the resources to go to college, but I wanted to do something. So, that led me to the military.”

Roberts enlisted in the United States Army, and would serve for 21 years. His career had several highlights, but when he was asked about his most significant moment, he recalled it as if it was yesterday.

“It was the moment I met my drill sergeant, Staff Sergeant Newkirk. When I saw the way that he carried himself, the discipline he had, and his leadership, I told myself at 17 years old that I wanted to become a drill sergeant,” Roberts recalled. He got to see what that would look like firsthand because Newkirk assigned Roberts to clean his office every day throughout basic training.

“I just started mimicking myself after him, doing things the way he did. He made a very, very big impact on me. He set the tone for me and my military career.”

Roberts would call those lessons he learned the most valuable during his time in service. His goal would be fulfilled as he would eventually become a drill sergeant himself, and that would be the rank that he held when his active career ended in 2002. Among the honors that Sgt. Roberts received along the way include the Army Commendation Medal, the Meritorious Service Medal, and others. The next chapter of his life would focus more on another passion he developed – bodybuilding and fitness. His commitment to personal physical excellence came while he was trying to improve on the Army’s physical fitness test.

“The test was a little harder back then than it is now,” he recalled. “Whatever the top score was back then, I wanted to max out.”

That drive translated to his pursuits with training and in business. In the gym, Roberts’ physique improved dramatically to the point that he was getting asked if he bought a gym somewhere. He had worked as a trainer during his time in service, and he became a personal trainer after he retired from the military.

“I found out that I can motivate people,” he said. He also decided that he wanted to push himself to a new level, and he found that in the form of competing in bodybuilding contests.

“I started looking at Flex and Muscle & Fitness magazines because back then, you could get full programs including training and nutrition,” he explained. He also had someone in his area that he could look to for guidance, IFBB Pro Don Long.

“He would say, ‘Tony, here is what you need to do,’ and he would recommend all these suggestions to me. So, in 2000, I competed in my first NPC show in Reston, VA. I won the overall in my first show, and I caught the [competition] bug.”

He never turned pro, but Roberts enjoyed being at the shows and wanted to support the sport and athletes in it. He would start helping the Maryland NPC chairman at shows, gaining more experience along the way.

“I was extraditing, I was giving out awards, I was doing everything,” he said. Eventually he would be guided by legendary promoter Gary Udit as well as Rick Bayardi to promote contests and support athletes in the DC, Maryland, and Virginia (DMV) area. Among the contests he promotes include the Armed Forces Nationals and NPC Battle Royale.

“I have to give all my success and where I am in the fitness world to Gary and Rick,” he humbly acknowledged. “

He also has strong support at home in the form of his wife, Viktoria Grygorian. Aside from her own military experience and competitive background, Roberts credited her for being a perfect match both professionally and personally.

“As far as the business side of the house, we found out very quickly that we work very well together,” he said proudly. “Personally, she helps me out when I go work shows because she found out that I don’t stop to rest or eat. So, she would remind me to take a break or bring me meals to eat during the day. I noticed I was recovering faster because of that.”

Roberts, along with all the people that he is proud to be around and associate with, has accomplished a lot and made a profound impact on many people that follow our industry, but he’s a forward thinker, and he has his eyes set on what is ahead, including the 2022 NPC Armed Forces Nationals and NPC Battle Royale competitions, scheduled to take place on October 1st in Alexandria, VA. These events are significant for him because they combine both his military connection and his current role in bodybuilding. At the end of the day, both are meaningful because of what Roberts is most passionate about – service to others.