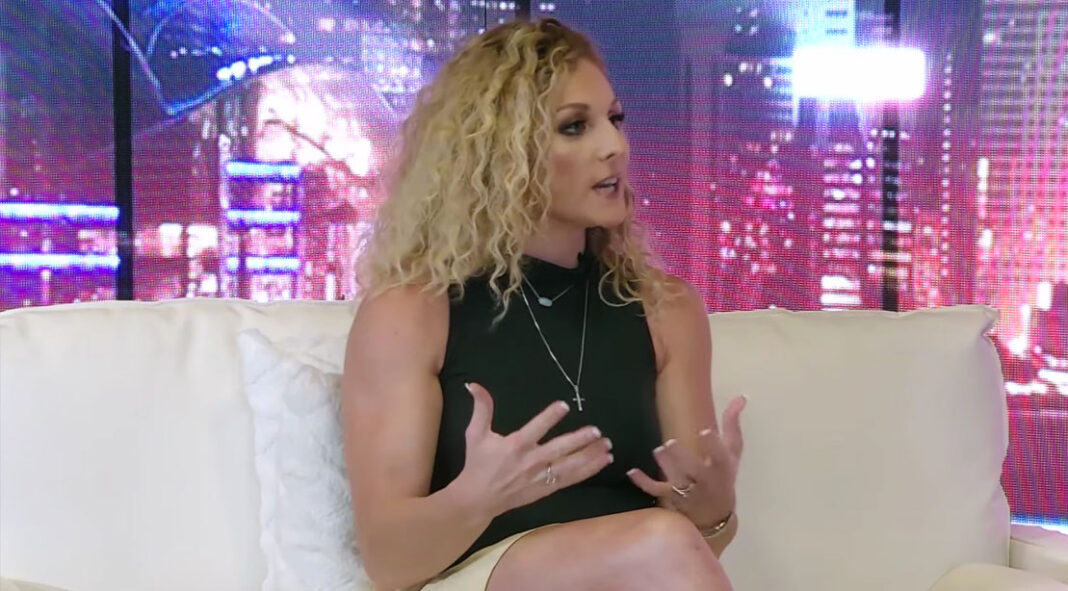 Being an athlete in the IFBB Pro League is challenging enough. Imagine doing it while dealing with body comfort issues. Tiffany Chandler is a popular Fitness competitor, and she is the 2019 Puerto Rico Pro Fitness winner and two-time Fitness Olympia competitor. She is also a wife and mother to two daughters. Chandler actually turned pro in 2011, the same year that reigning Fitness Olympia champion Whitney Jones did.

Jones hosted Chandler on a recent episode of Femme Flex Friday, and they spoke about life as world-class athletes and mothers. During the interview, Chandler also revealed she is competing in spite of being diagnosed with Eating Disorder Not Otherwise Specified (EDNOS), which means she tried multiple methods of eating because of body dysmorphia.

“I experimented with everything possible that you could think of,” said Chandler. She went to therapy sessions to try to get past this, and she even shared one activity that involved her laying on the ground while another person drew her outline with chalk. She was then asked to write or draw how she pictured herself on paper.

“I didn’t have enough paper,” she told Jones. “It had completely gone outside.”

According to National Eating Disorders, 30 million Americans struggle with some type of eating disorder. Chandler said she still struggles, even while she is in prep for a show. She told Jones that when she looks in the mirror, she doesn’t exactly know what she is seeing. She found that going by other metrics or measurements of progress made a difference.

“A lot of things I do are off of feel. How do I feel in my clothes? How does my brain feel? How are my energy levels? I try not to stare at my physique because I know my brain can take it and run with it in any direction it wants.”

Chandler found that working with a coach that could explain the significance of the foods she was eating also helped significantly. Being surrounded by people in her sport and the fitness world made a big difference as well.

Chandler spoke more about how she became a Fitness competitor, why she uses moves such as the tuck and handstand pushups in her routines, and more. Go to www.wingsofstrength.com or subscribe to the Wings of Strength YouTube channel to watch all episodes of Femme Flex Friday. New shows air every Friday at 6 PM Eastern time.