The Deadbug Exercise: How To, Benefits, Variations 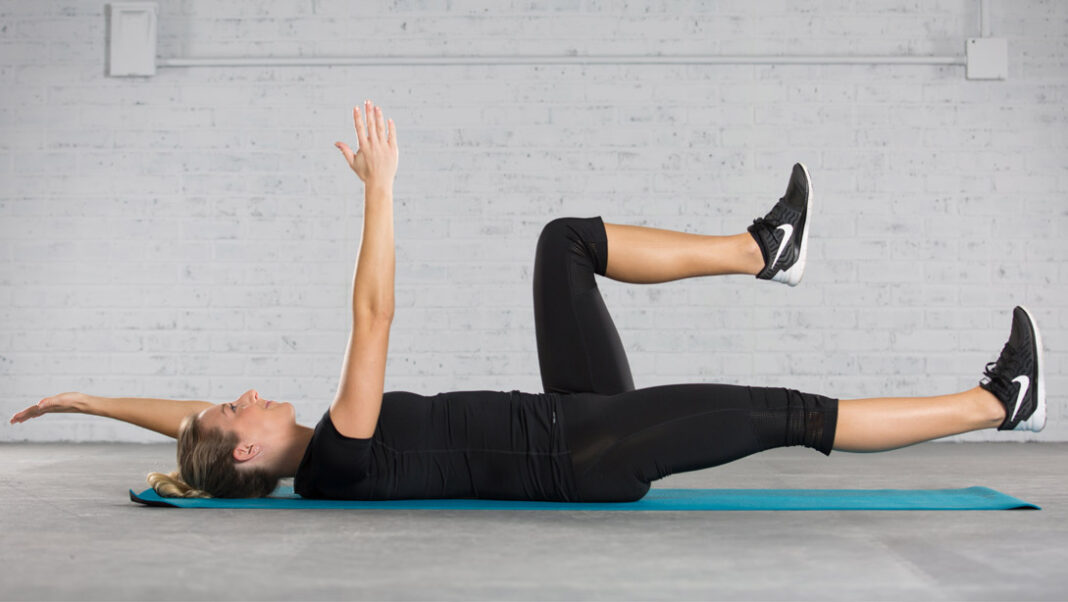 The dead bug exercise is a silly name for any exercise, there’s no getting around that. The movement doesn’t appear to do anything that beneficial, which is why many lifter may shrug it off and ignore incorporating it into their routine.

That’s a real shame because when the dead bug is performed correctly, it’s an exercise that checks off a lot of boxes that strength-training athletes require.

You’ll see very few people performing the dead bug on social media because it looks like your arm and leg are flailing about and nothing is happening. But this couldn’t be further from the truth, as the dead bug is almost the perfect core stability exercise that you are not doing but should be.

Here this article will explain what it is, how to do it, the muscles trained, benefits and mistakes, and progressions to further strengthen your core.

WHAT IS THE DEADBUG EXERCISE?

The reason it’s called a dead bug is that you know, it resembles a dead bug on its back. The dead bug involves you lying on your back and performing contralateral (opposite arm and leg) movement while keeping your entire back on the ground. At its core (see what I did there) the deadbug is an anti-extension exercise. But it trains all 360 degrees of your core— the anterior and posterior core, the obliques, and your hips. Making it the total package of core exercises.

HOW TO DO THE DEADBUG EXERCISE

The dead bug seems simple enough but the devil is in the details. Here is how to properly perform the deadbug.

MUSCLES TRAINED BY THE DEADBUG EXERCISE

The deadbug is a coordinated full-body exercise that focuses on core stability and involves multiple muscles. Here are the upper and lower body muscles trained with the deadbug.

The core muscles prevent extension and rotation of the lower back when moving contralaterally.

BENEFITS OF THE DEADBUG EXERCISE

The deadbug is not a sexy exercise that will instantly give you a six-pack. But when performed correctly you’ll feel the true function of the core—which is to prevent movement while you’re moving.

Here are some other important benefits of performing the deadbug.

The dead bug is a simple core exercise and is easy to teach and perform but that doesn’t mean some perform it poorly. Here are some common mistakes that will stop you from getting the best out of this exercise.

The deadbug exercise like all good exercises is regressed or progressed. When you have mastered the bodyweight version here are three progressions to soup up your deadbug.

How My Students Use Digital Workspaces