The Benefits of a Potato Based Diet 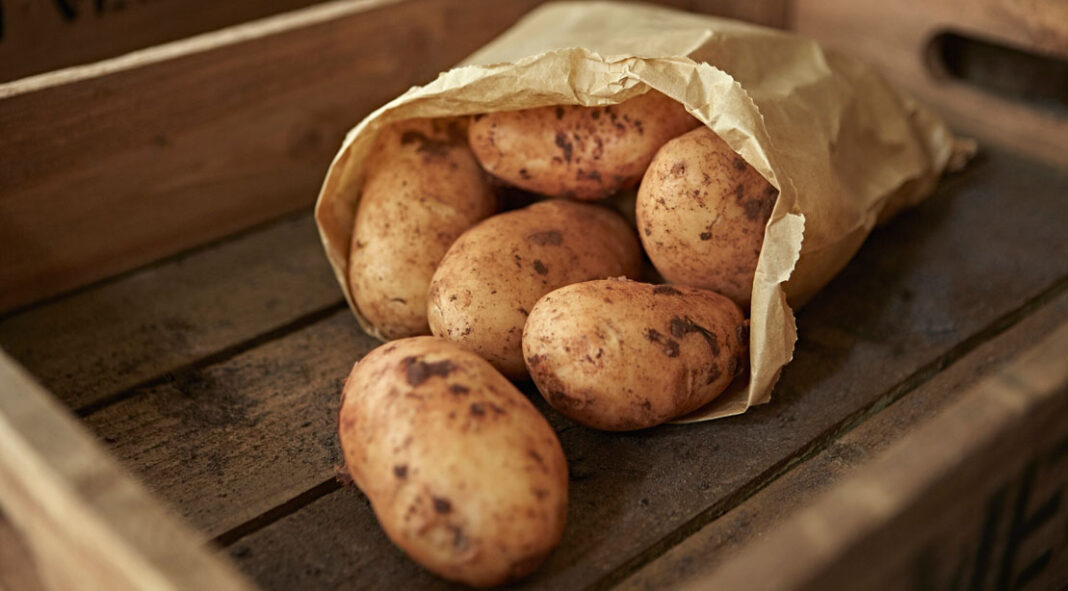 If the thousands of fitness “influencer” accounts on social media are to be believed, the only way to shed those unwanted pounds is to ditch carbohydrates in favor of a heavy protein and plant-based diet. In recent years, the humble potato has been shunned, partly due to unsubstantiated fears that they are responsible for spiking blood sugar levels and making us appear soft, but are potatoes really the worst of all carbs? And are carbs really that bad anyhow? If new research is to be taken seriously, there is ample evidence to suggest that the spud is no dud after all.

M&F took a look at the recent findings, and consulted with Dr Emilia Thompson, a respected fitness and life coach, and a registered nutritionist, to see if potatoes have been given a bad rap.

In a recently published study, researchers monitored 36 subjects who were either overweight or suffered from insulin resistance. (When our cells become resistant to insulin, it can cause increased blood sugar levels, also known as hyperglycaemia, and this can lead to prediabetes and Type 2 diabetes. The participants in the study, aged 18-60, were given diets of meat and fish along with either 40% beans and peas or 40% white potatoes. Both variations also contained a high vegetable and fruit content. “We demonstrated that contrary to common belief, potatoes do not negatively impact blood glucose levels,” commented one of the reports’ contributors, Professor Candida Rebello.

What does recent research mean for the humble potato?

Both the potato based diet, and the pea and bean based diet resulted in reduced bodyweight and BMI, but why? The answer is simple: it’s all about calories in versus calories out. When consumed as part of a balanced diet, potatoes have a lot going for them, and better still, the research suggested that they had no more of an adverse effect on blood glucose levels than peas or beans.

Additionally, potatoes, due to their weight and relatively low-calorie content, are a great way to make you feel fuller for longer, potentially leading to less snacking. “Interestingly, according to the satiety index, white potatoes specifically are the most satiating food, only just ‘beating’ oats and brown pasta when compared with fat; which is calorie dense even in low volume and easier to overeat,” says Dr Emilia Thompson. “When looking at low-carb or low-fat diets, when energy intake is matched, it makes no difference as to where calories come from in relation to fat loss.” And that’s the key, it’s not the potato that’s making you gain weight, it’s the portion size that you consume.

Of course, the calorific content of a potato will also increase substantially if you deep fry them, or put slabs of butter on top, but alone, they are actually more efficient in terms of calories per gram than many other vegetables. The average potato will provide 77 calories per 100g. Compare that with 81 calories for peas, 155 calories for baked beans, and 347 for pinto beans.

“Potatoes, much like other carbohydrates, are a great source of energy, fiber, and support satiety. They are also very easy to prep ahead of time and don’t require reheating,” says Dr Thompson, who believes that in moderation, we should be open minded about mixing our food groups. “No one food is unhealthy, and no one way of cooking is unhealthy. If potatoes have added calories through frying, this may add saturated fat depending on the chosen oil. I would recommend omega 3 rich oils like olive oil. It’s important to be mindful of overall saturated fat intake, as well as energy intake for some individuals.”

So, to carb or not to carb?

That is the question! If you are an athlete looking to perform at the highest level, ditching the carbs may be counterproductive. “The main concern with a very low carb diet is the potential of nutrient deficiencies, which is a risk of any food group exclusion,” says Dr Thompson. “In this case specifically, there is a risk of low fiber intake as carbohydrate foods are often a key source of dietary fiber, and fiber is an essential component of a healthful diet, associated with reduced cardiovascular disease risk and improved metabolic and gut health. The optimal way to manage satiety is to enjoy a mixed macronutrient meal including protein, carbohydrate and fat mindfully. Provided protein intake is adequate, we can make up our calories with a mixture of carbohydrate, protein, and fat according to our preferences and access. Nutrient variety is one of the best things we can do for our health, and potatoes fit in well!”