The Beginners Basic Guide To Pickleball 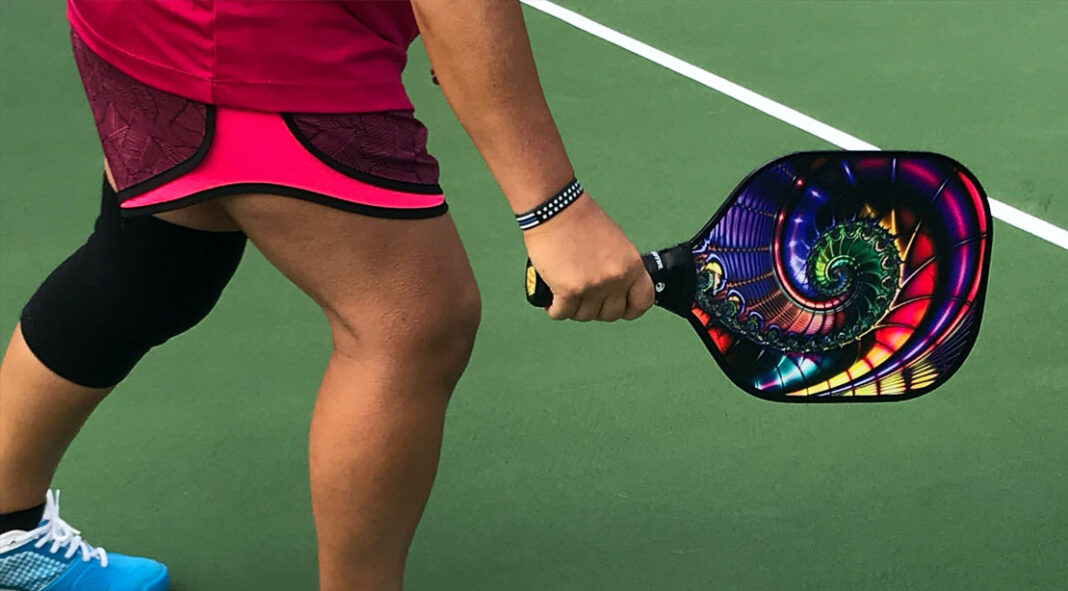 In 1965, Joel Pritchard, Bill Bell, and Barney McCallum invented the game of Pickleball as a way to keep their kids active over the summer holidays. Because of its easiness to pick up, pickleball participation grew and caught on with people of all ages. Then, in 2020, as the Coronavirus pandemic took hold, pickleball really began to explode. With gyms closed and extra leisure time on our hands, many of us just needed a fun way to stay active, much like those kids way back in 1965. Fortunately, pickleball is a sociable game that can be played by individuals of all fitness levels, and the games’ genius lies in its simplicity. Here, M&F has you covered with all you need to get started with America’s fastest growing sport.

Is Pickleball really one of America’s fastest growing sports? According to multiple sources,pickleball really is one of America’s quickest rising sports! With a recent surge fuelled by the pandemic, the sport saw a 21.3 percent increase in participation back in 2020 when compared with the previous year. And, with the world now opening back up, this game is showing no signs of choking. In 2021, the sport was played by 4.8 million in the USA. That’s an additional growth of almost 15 percent on 2020.

What Are the Basic Rules of Pickleball?

Although there are different governing bodies depending on which country you play in, USA Pickleball offers an official set of rules that are broadly the same all over the world. Pickleball is an amalgamation of various racket sports such as tennis and ping pong. To play, you will need a pickleball paddle and a pickleball ball (often referred to as a wiffle ball). The game is played on a court with a net that is 20 feet wide and 44 feet long, making it around a quarter of the size of a standard tennis court.

Pickleball can be played indoors or outdoors by singles or doubles. Serves must be made underhanded, to the player diagonally opposite, and games are usually played to 11 points. To win, you must clear a 2-point difference, so the game will continue as necessary. Points are scored if the ball bounces more than once on the opposite side. Points are also awarded if the ball goes out of bounds for example. Matches are played until one side wins 2 out of 3 games.

Why is Pickleball Easy to Play?

Pickleball has become a hit in large part due to the fact that it is less taxing on the body than tennis and is played in a smaller court meaning that most people can give it a go. It is a low impact activity so your joints will be less impacted, and you can buy your pickleball paddle and wiffle ball from all good sporting goods stores.

What are the fitness benefits of pickleball? According to some sources, a 160-pound individual could burn 250 calories by playing pickleball for just 30 minutes of friendly play. The more competitively you play, the more fat you will torch. For example; a 200-pound person could burn 475 calories in the same time period if playing with intensity. Pickleball is also great for those who are aiming to increase their steps. It is thought that you can reach a step count of anywhere between 4-5,000 steps in a single game, depending on your style and level of competitiveness. Whether you are playing gently or going all out, pickleball is a great way to increase your heart rate, get a sweat on, and burn excess stored energy.

If you want to put your competitors in a pickle, make sure to start each game with your feet shoulder width apart and stay ready by placing your weight on the balls of your feet, rather than on the heels. Relax your upper body and have the paddle out in front of you, facing slightly upwards. If playing with a partner, make sure to communicate with them so that you don’t leave vulnerable areas uncovered.

If you want to train in a way that emulates the number one pickleball player, Benjamin Johns (who’s estimated total prize money is $146,325 and counting), then here’s a workout that you can try: