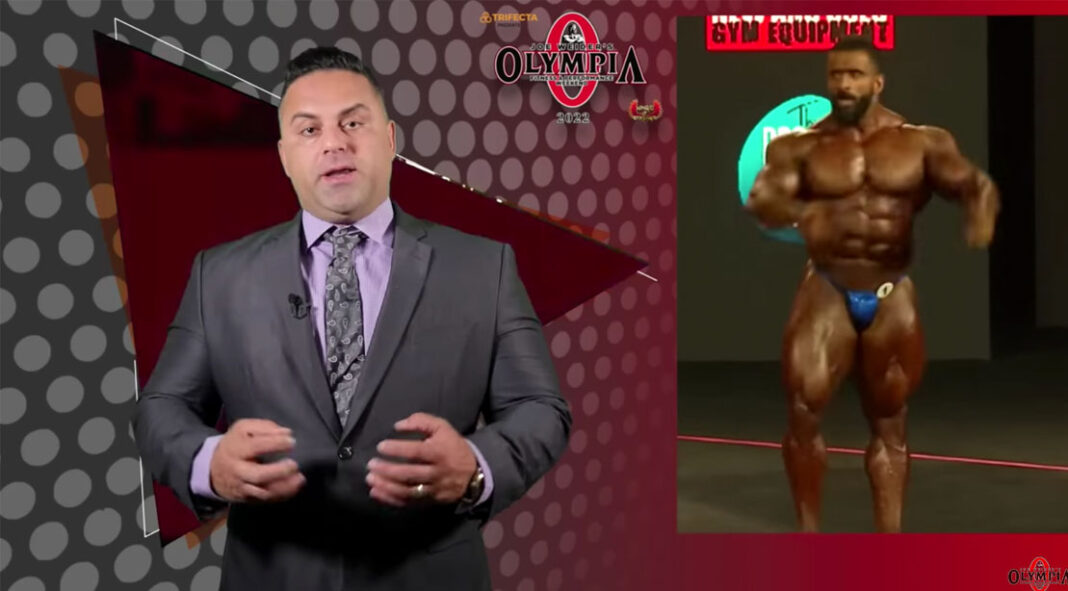 There was little argument about Hadi Choopan winning the 2022 Mr. Olympia title, but fans may be curious what was it exactly that put the Iranian over the top against the former Olympia 212 Champion Derek Lunsford.

Terrick El Guindy is an IFBB Pro League judge, and he is the host of both Prime Time Muscle and Olympia TV. He hosted a recent episode of the latter show to explain why Choopan can now add his name to the list of 17 men to hold the biggest title in bodybuilding.

“He got bigger, that was the first impression from all the judges – that he was bigger than the previous year,” El Guindy said. “In addition to that, Hadi Choopan displayed the same conditioning that he has done in the last couple of years. He was already the best poser, and he poses with a lot of conditioning.”

As for Lunsford, El Guindy explained that the only thing the runner-up needs to take bodybuilding’s world championship is the one thing he needs is more time.

“He’s bigger than when he was in the 212, his conditioning was impeccable, he actually has a smaller waist than Hadi Choopan, and he even potentially beat Hadi Choopan in some poses. What Lunsford didn’t have is the deep cuts that come from muscle maturity,” he shared. “And yes, Hadi Choopan has

those deep cuts. (Lunsford) is going to have to get those deeper cuts if he wants to compete with a competitor that has been training for decades.”

El Guindy even offered some insight to the third-place finisher, Nick Walker, who beat both previous Mr. Olympia winners in this contest – Big Ramy and Brandon Curry.

“He’s an unstoppable force. He’s massive, he’s conditioned, and he’s getting better and better and better. It feels like that Nick Walker will at some point in the future win the Mr. Olympia…What Nick has to do is pose better, make his physique look more aesthetically pleasing to beat guys like Derek and Hadi.”

To see the rest of El Guindy’s analysis as well as other reports and episodes of Olympia TV, subscribe to the Olympia TV YouTube channel.