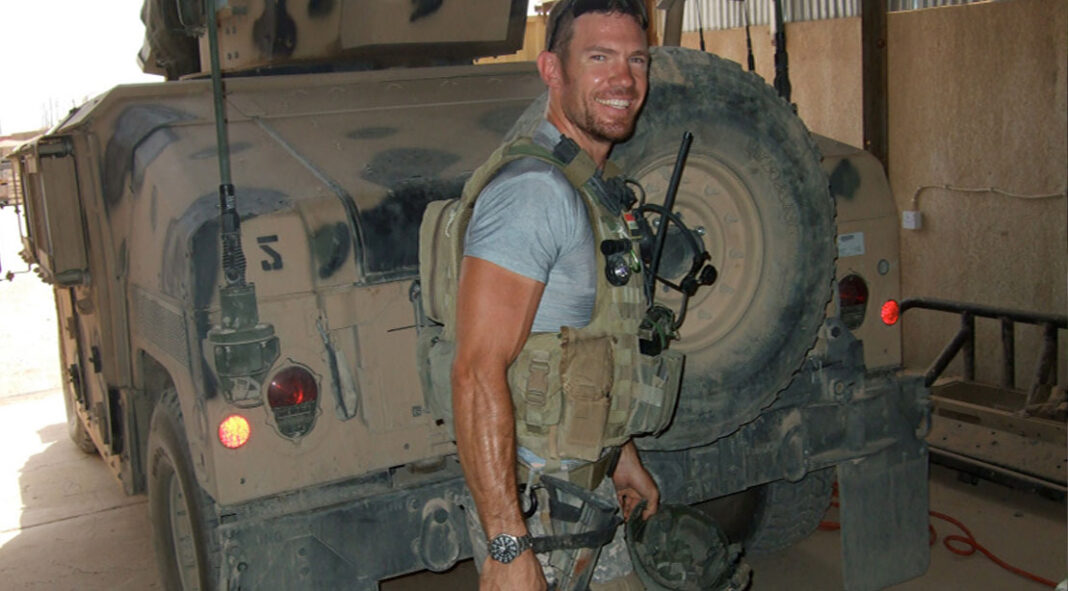 Merging Veterans and Players (MVP) is an organization that works to bring military veterans and former professional athletes together as a new team to help with the transition period after the uniform comes off. The organization was founded by renowned sports journalist Jay Glazer, but he has several people working with him to help the cause. One of them is Nate Boyer, who understands the connection between veteran and player very well because he’s worn both uniforms.

Boyer is a retired Green Beret of the United States Army. He served for a total of ten years, half on active duty and the other half as a part of the National Guard. Once he finished Qualifying School, he served for his entire military career as a Green Beret and retired as a staff sergeant. Boyer was originally inspired to join the military in the aftermath of the Sept. 11 attacks on the United States. Those attacks were what inspired him to start thinking about it, and he finally made the decision in 2004 after he had taken part in a trip to Africa to help refugees.

“I was just blown away by the generosity and how grateful the people were that an American was there to help them. “I wanted to be able to fight for those that can’t fight for themselves and lend my services to anywhere in the world that needed that.”

Because of that choice, he’d follow in the footsteps of both his grandfathers, who fought in World War II. He also has a cousin who received an appointment to the Air Force Academy When Boyer decided to join, the United States were already present in Afghanistan and Iraq as well as other places in the world. Being able to play a role in making the planet a safer place was something Nate Boyer felt he not only could do, but he should do.

“I just wanted to be a part of that. I had a lot of friends that signed up, and I felt it was the right time for me.”

A New World for Nate Boyer

Boyer’s travels would take him to many different places around the world, such as Iraq and Afghanistan as well as Israel, Greece, Bulgaria, and he was stationed in Japan at one point. He was involved in a lot of important missions and causes during that time. Obviously, he’s proud of his entire career, but there was one moment that still stands out, and that is when he became a Green Beret.

“I remember standing in formation after two years of training. I was pretty sure I made it, but I didn’t know,” said Boyer. “There were Green Berets at graduation, and one of them came behind me and whispered in my ear, ‘Welcome to the brotherhood.’ I remember the chills that went through my body and the pride I felt.”

Nate Boyer would finish his career in the National Guard while he went on to college at the University of Texas. He would put on another uniform while he was in school—a Longhorns helmet and jersey as a part of the football team. At age 29, it could be considered a little late to play college football, especially when you’ve never played an organized down in your life. Boyer didn’t let that stop him from trying.

“I had never played before, and it was a regret of mine growing up,” he recalled. “Worst case scenario, I would get cut and nothing changes. So, I might as well try.”

Learning how to Long Snap on the Fly

Boyer didn’t get cut. He actually spent time learning how to backpedal and run routes while he was in Iraq, and that diligence paid off. He walked onto the team as a safety, and he became a long snapper during his sophomore year. Boyer started for three years, and he earned multiple accolades, including the 2012-13 Big 12 Sportsman of the Year, and the inaugural honoree of the Armed Forces Merit award. Boyer is most proud of the fact that he could call himself an Academic All-American. He’s grateful for the time he spent on the gridiron in Austin.

“That was very awesome. I was fortunate to have the experience.”

Boyer’s next steps would take him to the NFL. In spite of going undrafted, he was signed as a free agent to the Seattle Seahawks in 2015. He ultimately didn’t make the regular season roster, but he got to take the field in the preseason that led to a moment he is very proud of to this day.

“I was very blessed to have the opportunity with the Seahawks. I only played in one game, but I led the team out of the tunnel while carrying the American flag. I also got to play the entire second half of that game against the Denver Broncos, and I had a good game.”

Nate Boyer didn’t play at all that season. He received calls the following offseason, but he never made a roster. He opted to move on from football at the age of 35. Around the same time that Boyer was contemplating his future, the opportunity to join Glazer and start MVP arrived, and they made the most of it.

The overall mission of MVP is to help both combat vets and former pro players find new purpose and identity, which is very important because both groups associate themselves with their uniforms because it is an extension of themselves and their missions while wearing them. The importance of being able to move forward with a new chapter of life can’t be expressed enough.

“The No. 1 thing that both the vets and players miss is the locker room and the guys,” Boyer noted. “Aside from the mission and purpose, they can’t find that comradery anywhere else.”

Boyer shared that the bond they miss is because of the fact that players went through training camps and seasons with other players, including setbacks, losses, and injuries. The military members go through all of that and so much more simply because of the level of commitment they make to country. The work that MVP is doing not only helps both groups establish new connections, it is playing a positive role in the lives of the people they work with and their families.

“That’s what MVP was born out of. It’s that belief that there’s a lot more in the tank and more great things we can do, but we need to find like-minded individuals that have experienced what we experienced.”

MVP has eight chapters across the country as well as a virtual chapter that veterans and former pros can join to continue MVP’s mission. To learn more, go to www.vetsandplayers.org, and follow @mergingvetsandplayers on Instagram.

The Ultimate Guide To Matcha Tea For Athletes